The latest version of the slideshow software from MAGIX, Photostory Deluxe, introduces new features for easier creation of slideshows with both photographs and video clips. 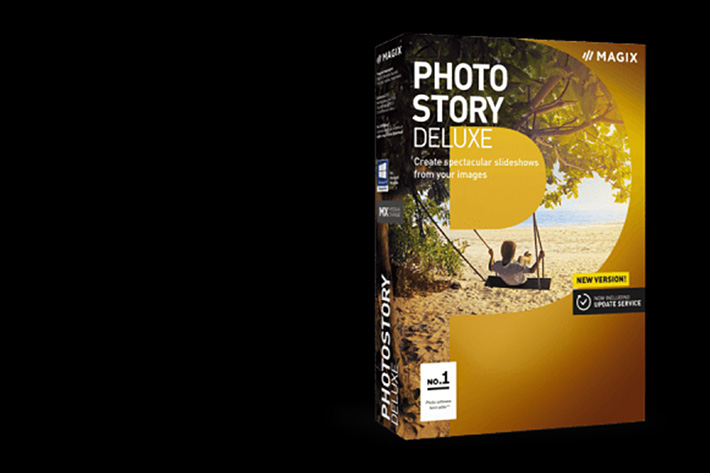 A reworked and modernized interface with touch elements and a completely new Photostory Wizard are some of the new features of Photostory Deluxe, now available for $69.99.

For the first time in Photostory, blur and ambiance effects are included in a MAGIX program. These let you remove the black backgrounds and bars around photos in an aesthetic way, ideal in a world where smartphones introduced the VVS or Vertical Video Syndrome, which now, more than a trend is an absolutely “normal” way of viewing the world.

Able to get the most out of a 64-bit version of Windows thanks to Photostory Deluxe’s 64-bit turbo, the program offers faster calculation of effects added to photos and videos, such as blur or focus, as they are now calculated by the graphics processor in Photostory Deluxe. Support for 360° footage, allowing users to import 360 degree panorama photos and videos with a full range of view, or selection of a section of the panorama to edit as desired is also present, along with the option to create slideshows in 4K/Ultra HD.

Powerful image stabilization is present, through the fully-integrated Mercalli V2 plug-in from proDAD, which provides perfect stabilization for shaky video footage, unsteady tracking shots and uneven zooms. You can also improve footage from DSLR cameras and mobile phones with corrections for unwanted effects such as rolling shutter, says MAGIX.

The fully automatic shot match feature enables you to match the colors and tonal values of separate scenes to create a unified color space, an important feature to have around when you’re mixing different images. In the image department the program offers, among many other features, automatic image optimization as an alternative to manual adjustment of color, contrast, brightness and saturation, has a HDR Effects High Dynamic Range for photos and video, and secondary color correction, allowing users to edit, for example, only the blues in a photo or video clip, to make the sky look brighter. 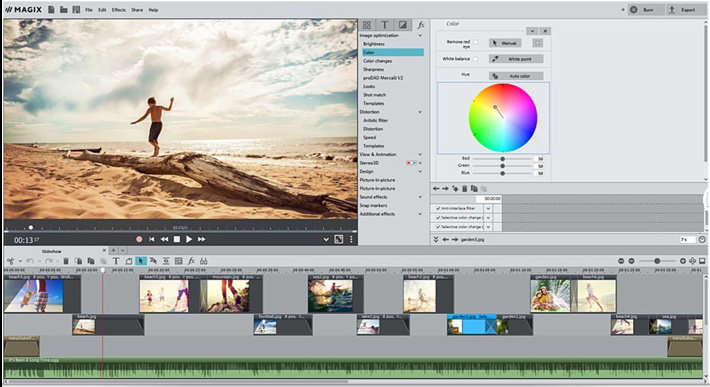 Sound is an important element of slideshows, and Photostory Deluxe also offers new features in this department. It is easier, now, to arrange your photos and video clips so that they match the beat of the music. Set snap markers while listening to the selected music (you can also do this with touch controls). The snap markers then make it easy to place your photos with just one click so that they transitions according to the rhythm of the music.

The control over sound includes also automatic volume regulation, to assure that commentaries are always loud and clear, audio dubbing, through the use of over 750 songs & sounds from where users can select what fits their slideshow. The integrated MAGIX Soundtrack Maker automatically creates atmospheric background music according to your needs, whether you want action, suspense or fun.

With multitrack support offering a total of 8 configurable tracks for photos, videos and music, the program now has support for new photo and video formats, including RAW and HEVC (HEVC encoding requires fee-based activation). If by now you’re curious, give it a try. There is a trial version available online which will run for 30 days.