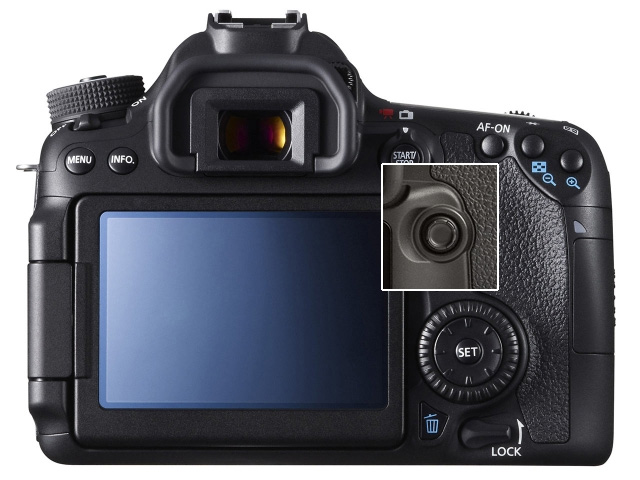 If you own an EOS 50D and were expecting Canon to get back on track, in terms of design, with the EOS 70D, you're disappointed by now. The EOS 70D follows the EOS 60D in terms of layout: no joystick!


The new EOS 70D, which you'll find detailed in a note from Dan Carr here at PPC is an interesting window on the future of Canon, suggesting, as they did before, in a cheaper body, some technologies we will be able to find in future models. But for EOS 50D users expecting Canon to get back on track in terms of control layout, this is a complete disappointment.

This could well be called the quest for the missing joystick. Let's set the scenery for those not aware of the situation. Since early in the EOS digital DSLRs family Canon has introduced a joystick on the back of their cameras in the EOS XX and EOS X series. While the EOS XXX and even EOS XXXXX have basic controls (not simpler to use, but probably simpler to build…) the DSLRs since EOS 20D have a joystick on their back that can be moved by the thumb and can give you full control of your AF points. Some photographers, like myself, used it constantly to change AF point directly, without having to touch other buttons.

I've grown so much used to it that although I've  an EOS 600D camera as back up, I hate the controls it has. I believe one can get used to the system (we're, after all,  creatures of habit), but  I always have to think twice when I am using it. My regular camera is my EOS 50D, which was bought a few years ago as a substitute to my EOS 20D (if you see a pattern here you understand now the “Less Gear, More Fun” from this column).

Now, all Canon cameras since the EOS 20D have used the joystick for quick action. I mean the EOS 30D, the EOS 40D and then the EOS 60D. The system was so well received that you'll also find it, as far as I remember, as I've tested and used some, in professional bodies like EOS 1D Mk III, EOS 1D MK IV, EOS 1Ds MK III,  EOS 5D, EOS 5D MK II and EOS 5D MKIII. It seemed like a feature to be forever associated with Canon brand. 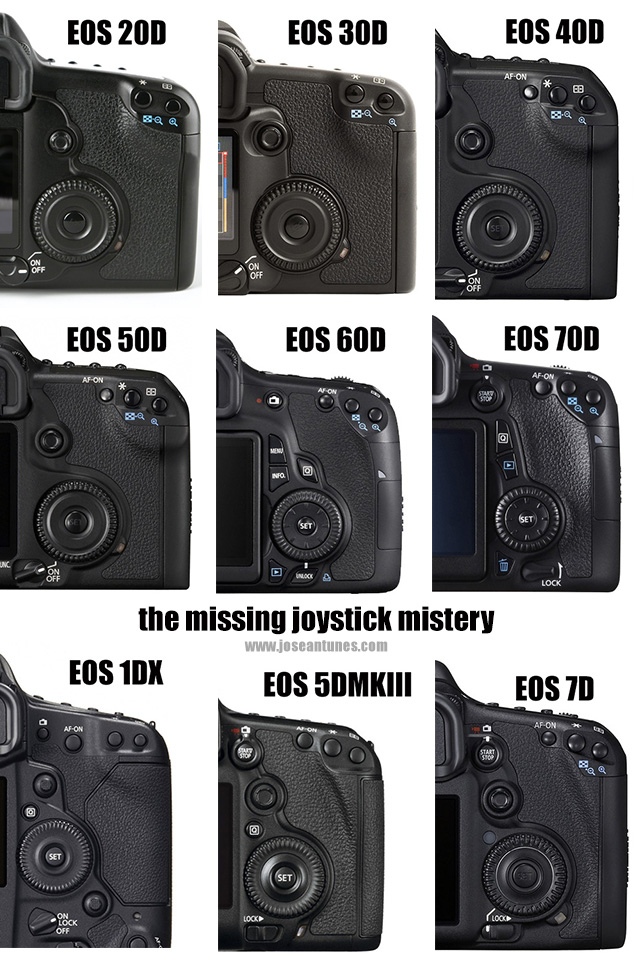 This led a whole generation of EOS 50D users to decide not to change their camera. I am one of them. The EOS 50D is one of the most popular cameras in the Canon range, still today, and those that grew used to it do not want to lose the joystick control they grew so much used to. In my case I've used the system since the very first camera which had it, the EOS 20D, launched in August 2004. That's a lot of time…

The viable upgrade path for EOS 50D users seemed, at the time, to be the EOS 7D, which sports the famous joystick. But for some, as myself, the EOS 7D was not a viable option when launched, so a lot of EOS 50D users kept their camera, waiting for news from Canon.The rumour mill all these months has suggested the new EOS 70D would return back to its roots, but the true reality is different: Canon has decided to forget the EOS 50D users. Again…

Now, there seems to be a trend here. If you look at the back of the EOS 6D, the entry full frame from Canon, you'll see that they also skipped the joystick there, probably a decision that reflects Canon philosophy: all entry level cameras will do without a REAL joystick.

So Canon wants, it seems, to keep the joystick only for their professional bodies (whatever that means…). I can write this, because if you look at the back of the new Canon EOS 1DX or EOS 1D-C, you'll see they have not one, as previous EOS 1D models, but two joysticks, one for when the camera is used in a vertical position. This means there are photographers that depend on the joystick and even want a double dose of it!

Now, again, all EOS 50D devotees are left in a limbo by Canon. Unless Canon keeps with tradition and their next camera, which might be the EOS 7D Mark II, will keep to the layout the initial EOS 7D offered: with joystick. Later this year we will know. Else, I'll stick with my EOS 50D for some time more: after all, I remember, when it was launched, in August 2008, that everybody wrote the limit for APS-C sensors had been reached. If you check DPReview review of the camera you'll find this reassuring note: “It appears that Canon has reached the limit of what is sensible, in terms of megapixels on an APS-C sensor.” If it is so, why should I run for more? Especially if I can not find the joystick I grew used to?