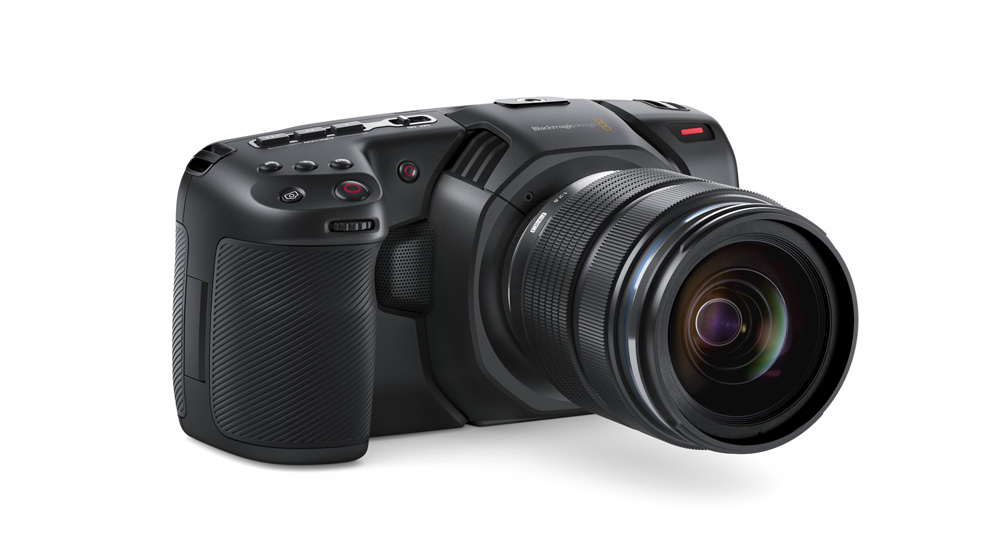 The new Blackmagic Cameras 6.1 significantly improves audio recording when using the built-in microphones on the Blackmagic Pocket Cinema Camera 4K. The new processing now analyzes incoming audio from the dual microphones on each side of the camera to dramatically lower the noise floor, resulting in quieter recordings than possible before. In addition, latency has been reduced for audio monitoring, audio and video synchronization has been fine-tuned, and the 3.5mm audio input selection interface is now more intuitive, making it faster to use.

Blackmagic Cameras 6.1 also improves autofocus performance. Autofocus now responds quicker and more accurately so that lens hunting is greatly reduced when the camera is locking on to the focal point. There’s also a new media formatting interface that helps prevent customers from accidentally formatting media cards. Once the camera is updated, customers will need to tap and hold the media format confirmation button for 3 seconds before a card will be erased and reformatted 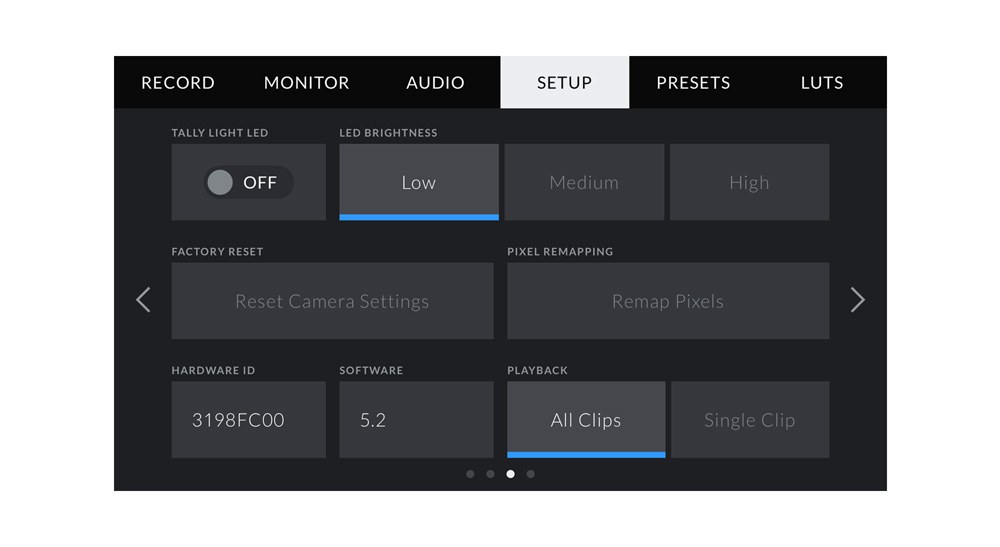 This update also includes a new in-camera calibration feature which allows customers to recalibrate pixels in the camera. Over time some pixels can change in brightness and create small variations across the sensor. The new pixel calibration feature allows the camera to realign the light output of each pixel resulting in a smooth clean image under changing environmental conditions. Blackmagic Camera 6.1 update also features 2:1 monitoring frame guides, which is another creative composition tool for filmmakers to frame shots. In addition, new power savings and efficiency enhancements improve battery runtime by 10-15% and give customers a more accurate indication of remaining battery power.

Please ensure that your device is plugged into mains power before running the software update. To update Blackmagic Camera Fiber Converter you will need to ensure that the unit is powered from the camera using the URSA 12V power supply rather than SMPTE fiber during the update.

For updating URSA Mini or URSA Broadcast from Camera 4.0 or above it is advisable to export your presets and LUT’s onto a card as they will be removed during this update.

No new features in 6.1 for other camera models. 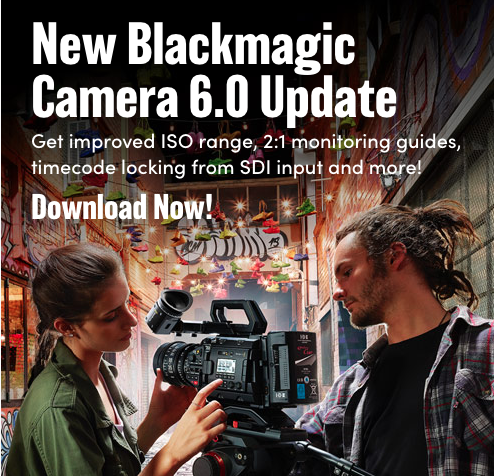 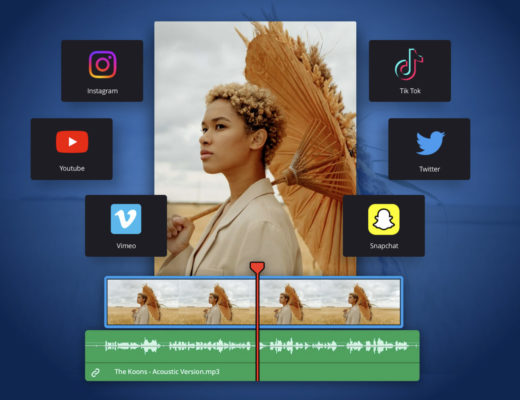