Whether it is a 30-second commercial or a full-length feature film, the goal is always the same: tell a story. Nadus Films shares how the company creates stories and says to the world: Let us tell your story. 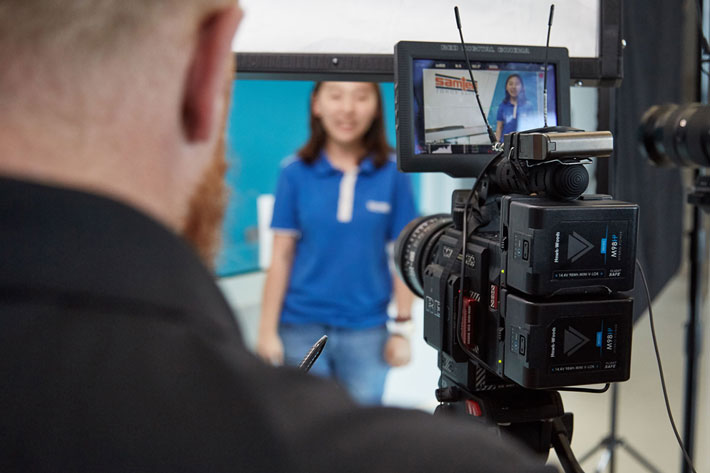 Authentic stories. That’s what the Louisville production company has created for 15 years, using their expertise in all aspects of filmmaking and gear adequate to their specific needs. This is their story!

Making films that make a difference. That’s the reputation the Kentucky-based film company Nadus Films has built throughout the years. From filming NFL player Chris Long bringing clean water to east African countries to working with Hollywood’s Jennifer Lawrence Foundation, they follow a proven framework to communicate a clear, compelling message to the targeted audience.

The global film company focuses on stories that make a cultural impact for good. They are the architects, builders, and deliverers of content that, as the company says, “will advance your mission”. They’ve done everything from shoot feature films, short films, as well as promotional material for mission-driven organizations while telling stories of war, famine, gang violence, and even religious persecution. 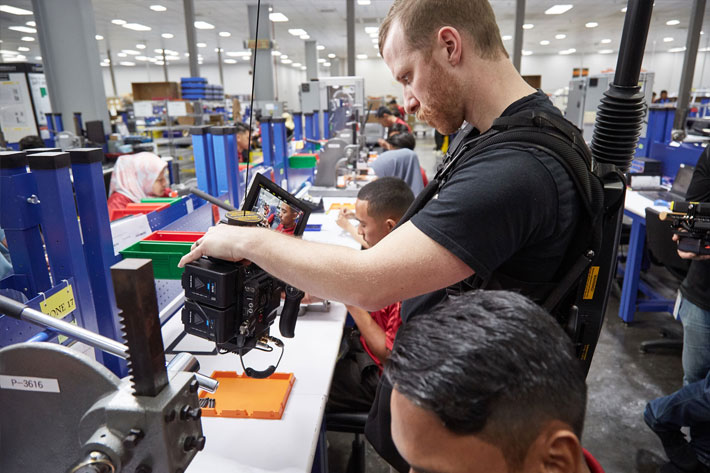 A guide to tell good stories

“Our goal is to impact those lives of whom we’ve told stories of. We’ve been fortunate enough to see many changes for better within homes of the people who are the focus of our films,” explains Nadus Films founder and director, Coury Deeb. “During production for one of our films we met Leidy, who was an active gangster in Guatemala throughout the production of BBoy for LIFE. We miraculously saw her transformation and have now witnessed her life that is sustained by worthwhile goals rather living an evil life. In the end, we entertain by telling worthy stories and also see lives changed for the better.”

To tell good stories you need to know the facts yourself. That’s the reason why Nadus Films team always listens to clients. The company sees that “both for-profit and non-profit agencies fail, time and time again, because they do not invest in the proper approach” so they always listen to clients, to understand “what story needs to do for your brand”. Only then will they “engineer a concept to bring about the impact your trying to achieve, and then we’ll focus all of our energy and resources on telling your story in the most effective, innovative, and powerful way.” 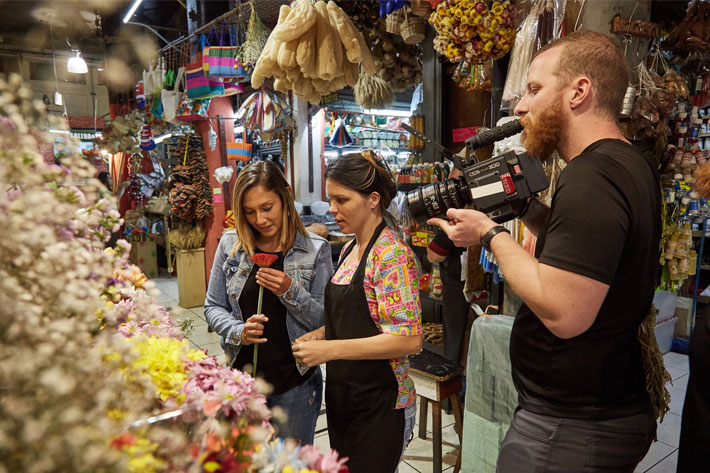 Coury Deeb founded Nadus Films 15 years ago after realizing that in order to tell deeper stories with the chance for a greater impact, he had to learn film. In addition to making films that make a difference, Nadus Films routinely gifts worthy non-profits with free videos. The result of these extremely high-end, cinematic films helps these non-profits grow donations anywhere from 50-100%.

Nadus Films has built an impressive portfolio of films and clients from NFL Films or Discovery Channel to the Jennifer Lawrence Foundation, whose mission is to bring needed resources to charitable organizations working with children and the arts. Another notable work by Nadus is the Emmy nominated TV Series Us Against the World with Comcast and NBC, which follows racial tensions of a rural town in Kentucky as a black coach turns a losing group of basketball kids into a winning team.

“Working for over 15 years has helped us build a pretty robust portfolio and an impressive Rolodex. Not everyone can do this for a living, and small businesses come and go. We’ve weathered the storm for 15 years, and we’ve built a lot of relationships. I think what people are drawn to is that we tell entertaining stories, use a cinematic approach with professional polish while also maintaining a gritty, risqué filmmaking for our captured content.” 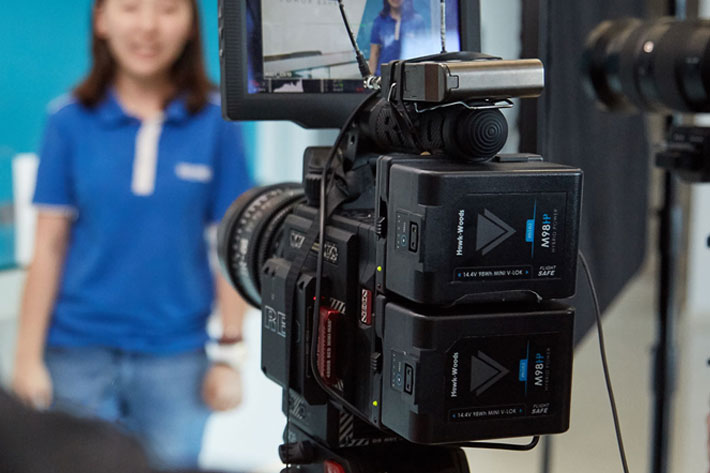 On using the Mini V-Lok batteries

“We started to see the Mini V-Loks pop up on the sites that we frequent. We started using V-Loks more with our Sony FS-7 rig, and we were already using V-Loks for our RED camera and our director’s monitors. When you consider all of this gear, and you have to travel across the world to Asia or India, for example, it really takes up a lot of space. We are always trying to pack light, so the idea of Mini V-Lok batteries became appealing, especially because it allows us to pack light and still use the same tools,” said Nadus Films Cinematographer Drew Layman. 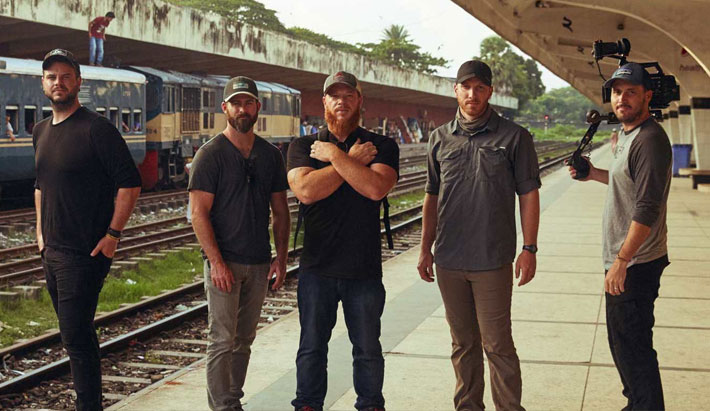 Deeb adds, “Especially with airline requirements; we have to pack smarter, more efficient and more light. The technology allowed us to do this.”

“The weight and size of Hawk-Woods are what drew us. We’ve used them quite a bit and plan to add more. We’ve used the 98wH batteries and use the dual battery hot-swap plate when we use our RED Gemini,” says Layman.

He adds, “we try not to let gear get in the way we tell the story. Ultimately, its not the gear it’s the way you use the gear to tell your story. We’ve always been lean in the gear we use and employ a run and gun style in terms of our shooting while still providing as much creativity as we can. In filming this way, we give a lot of authenticity and convey emotion a little more.” 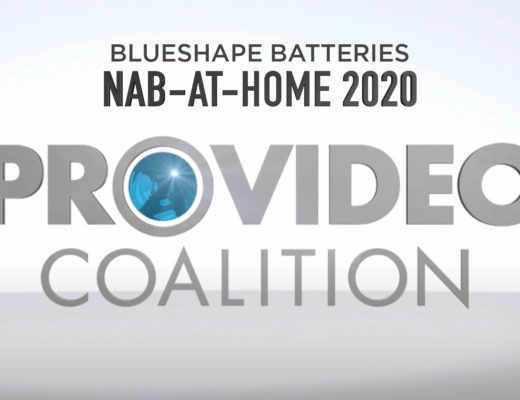 I am the first to admit camera batteries are not what I consider the sexiest of necessary production equipment.... 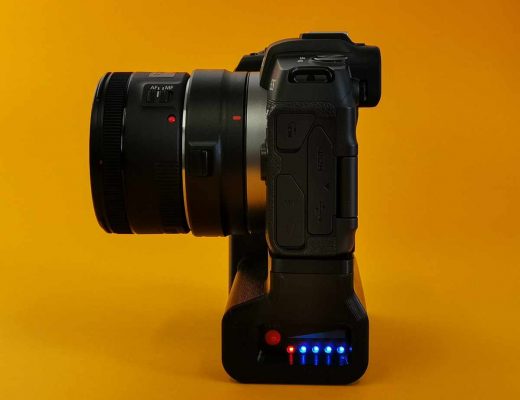 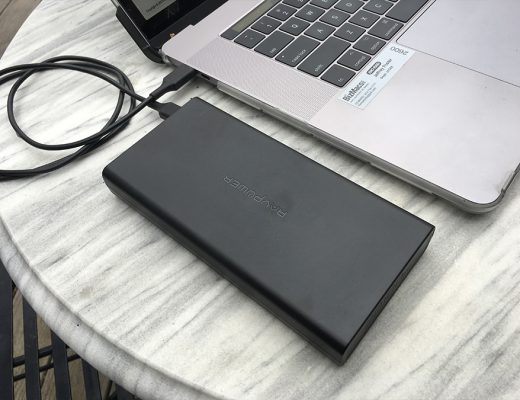 I admit I was a bit skeptical at first when I was contacted by RAVPower to test/review their portable...