I’ve mentioned the OB-1 before, but this was the first chance I had to really play with it. It’s typical of S.two’s attention to detail that the state of the OB-1—E-E passthrough, playback, or recording—is immediately apparent from the color of the backlighting used on the OB-1’s LCD display. 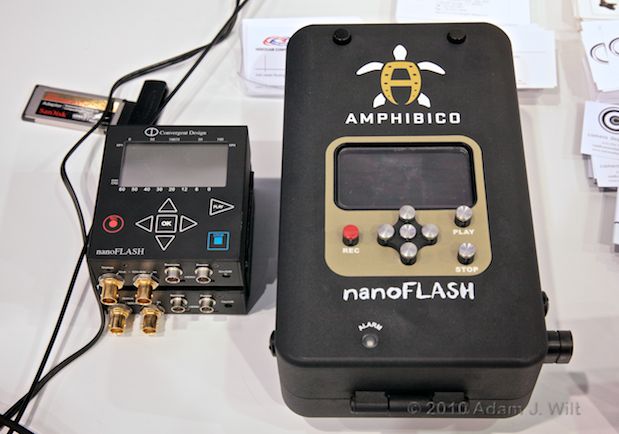 Underwater housing manufacturer Amphibico clearly gets enough requests for nanoFlashes to have built a housing for them, though the resulting bulk makes the “nano” aspect a bit suspect, grin.

I talked about Chinese newcomer HDAVS in my camera report. They showed off this rackmount/tabletop recorder/player along with more portable devices. It handles two E2 DataCam packs (hard drives or SSDs), and has one additional bay for a P2 card. HDAVS doesn’t make P2 cameras, but they’ve built these decks to work with P2 media because enough of their clients use P2 to make interoperability valuable. 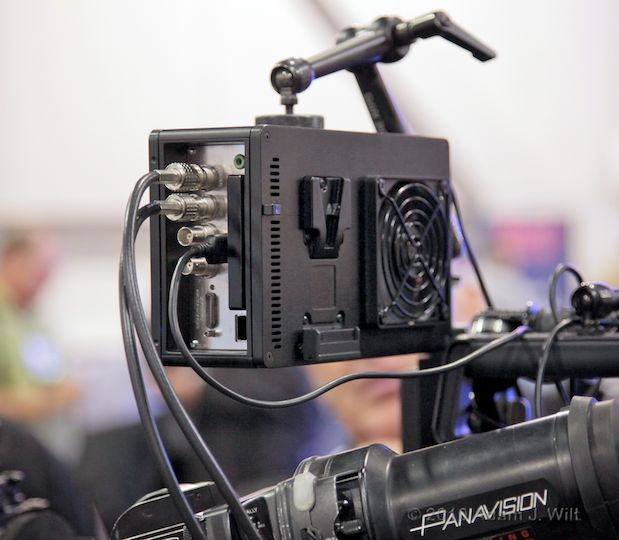 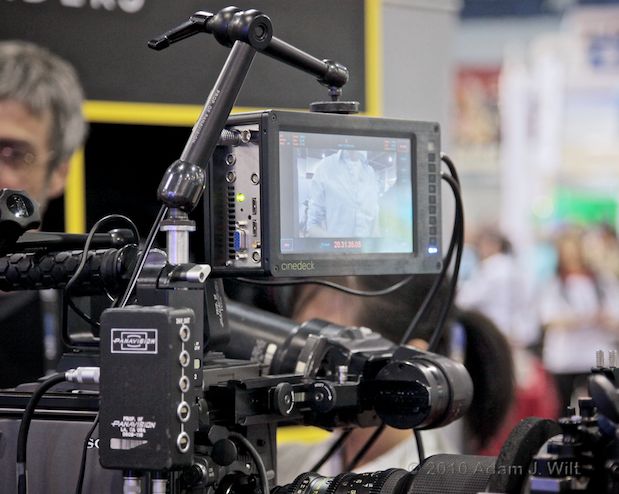 Cinedeck (caution: slow and annoying Flash site) showed working prototypes of their on-board monitor / recorder, which captures video using single- or dual-link HD-SDI and records it as 4:2:2 or 4:4:4 Cineform files.

I made a short video of the Cinedeck user interface. The device’s design and operation are really quite nicely thought out.

(FWIW, 1 Beyond announced a very similar portable recorder, but it was “about two weeks away” from being ready to show, so it wasn’t at NAB.) 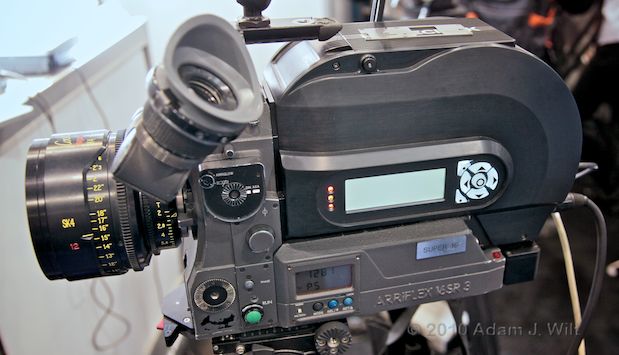 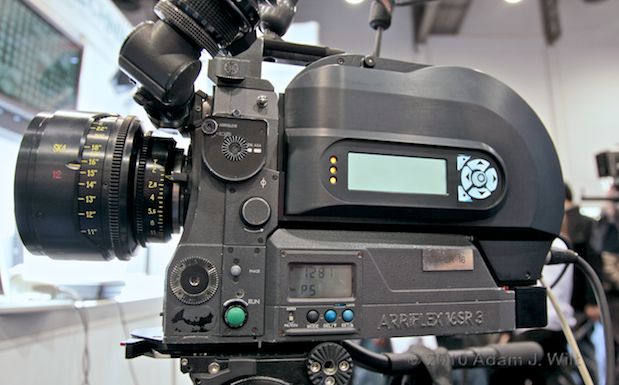 The Arri 16SR is a very popular 16mm and Super16mm film camera. P+S Technik showed off this digital magazine; it records 1920×1080 or 2K Cineform files to hard drives or SSDs, while keeping the Arri’s optical finder and operational controls. releasing in Q3 2010; price TBD. 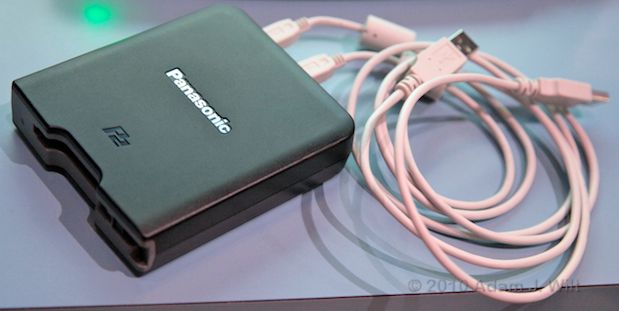 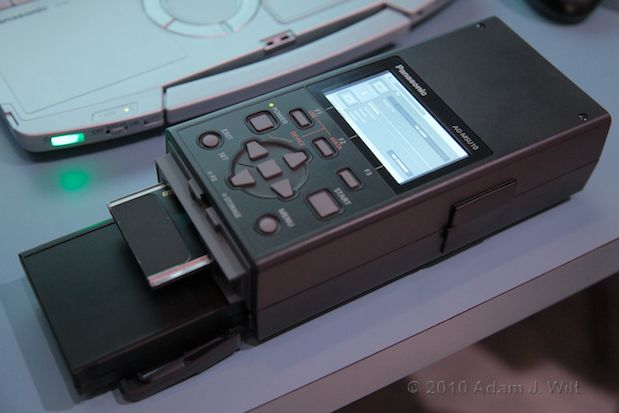 The $2500 MSU will ship in October; it allows data transfer between P2 cards and interchangeable solid-state drive cartridges. 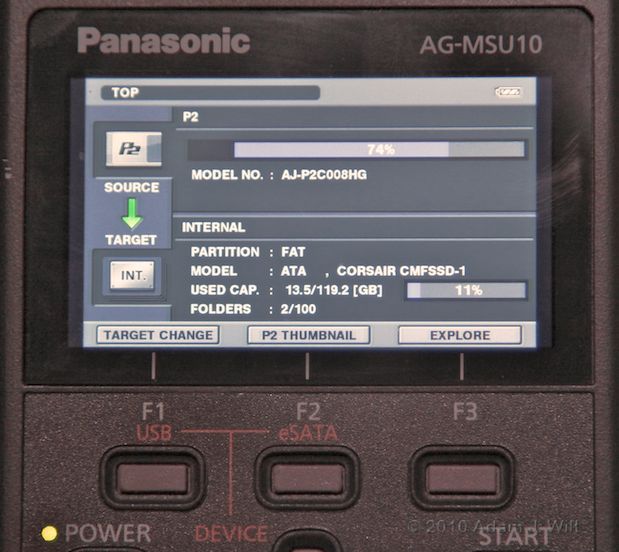 The device handles transfers as well as offering onscreen thumbnails and playback capability. It also has USB 2.0 and eSATA connections to transfer data to or from Macs and PCs. 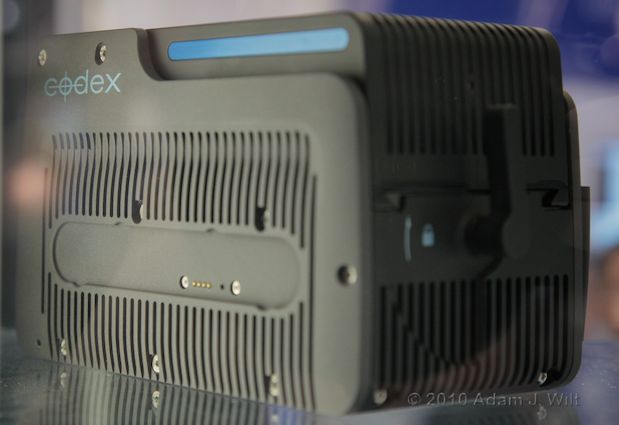 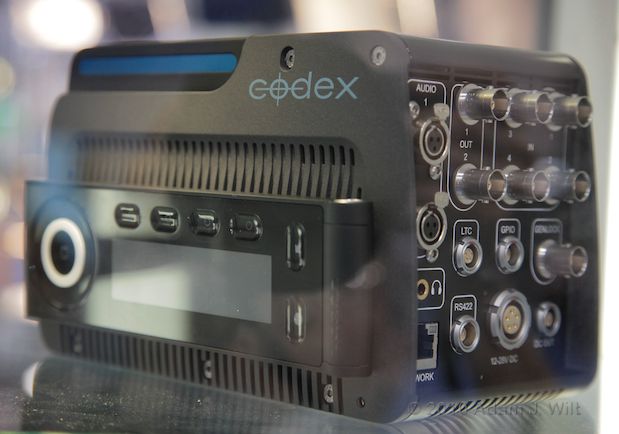 Codex Onboard under glass.

Codex Digital extended thier line of too-elegant-for-words recorders with the new Onboard recorder. It captures uncompressed or wavelet-compressed 720p, 1080p and ArriRAW data to solid-state magazines. Think of the Onboard as Codex’s take on the S.two OB-1 or Panavision SSR.