This batch of five fast, rather affordable PL-mount primes is from Luma Tech, which has them built by the Leningrad Optical & Mechanical Corporation (LOMO) using Schott glass from Germany. All the lenses cover S35mm / 5K sensors, and all are f/1.2 and T1.3. Nice, big, bright marking, smooth mechanical action, and the two I looked through made crisp, clean images with attractive bokeh. 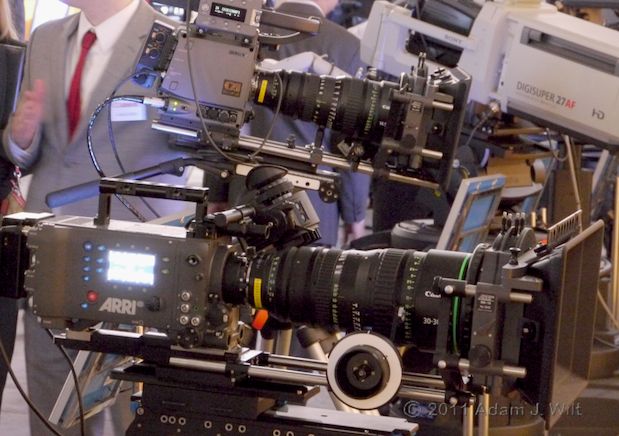 Canon’s two new PL-mount cine zooms, on an Alexa and an F35.

Canon introduced two new PL-mount cine zooms. The 14.5-60mm T2.6 holds its max aperture through the zoom range, while the 30-300mm T2.9 has a slight bit of ramping past 200mm or so. The images they made on the show floor looked fine, with a pleasing bokeh. Mechanically, the controls have the perfect amount of fluid-like damping, with no stiction yet with a consistent and predictable resistance.

One thing to note: the operator-side markings are white, designed to be illuminated by a camera-mounted light. The “dumb” side marking are glow-in-the-dark green, so the 1st AC relegated to the dark side of the camera still has a chance to see his focus settings. 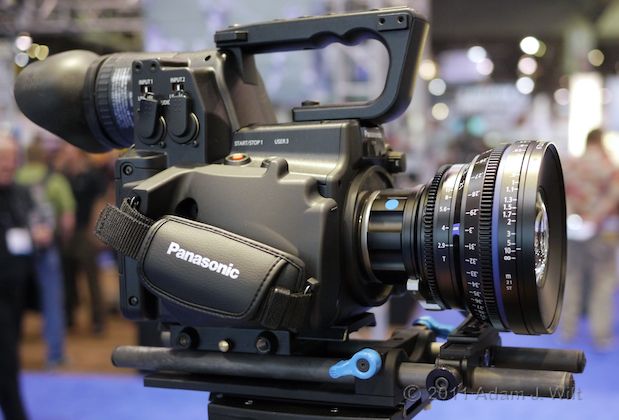 Zeiss CP.2 prime with native E-mount on a Sony NEX-FS100. 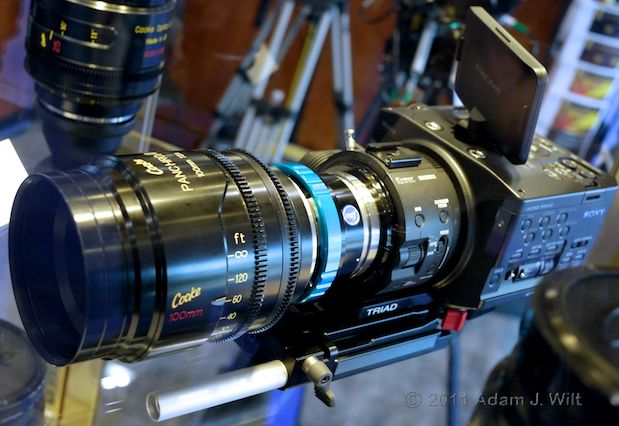 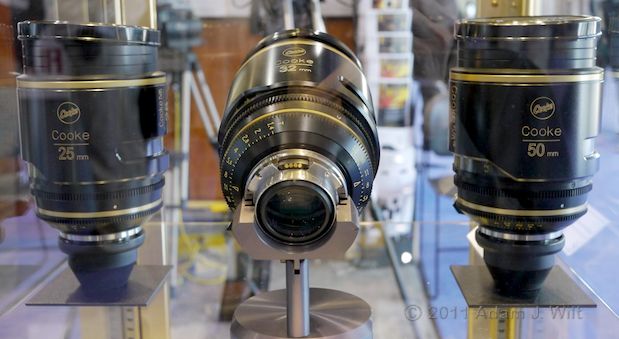 Of course, I should also mention the following shipping (or nearly so) product lines:

Finally, those looking for full tilt/shift controls on a cine camera have an alternative to the hard-to-get Arri Shift & Tilt system: 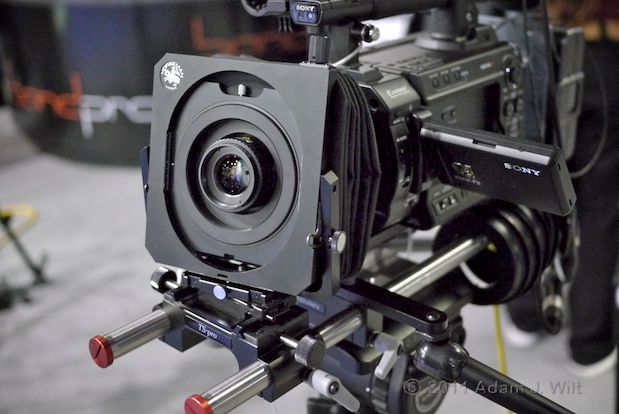 Yep, Komamura, maker of the Horseman line of technical cameras, now has a bellows system for cine cameras! Band Pro carries it in the Americas, Europe, and Israel.