In recent NABs, the back end of Central Hall was filled with LED luminaires from a vast number of companies, all showing various interpretations of “daylight” or “tungsten” light (some of them more impressionistic than others). This year, the emphasis was more on colored light in all its variations… 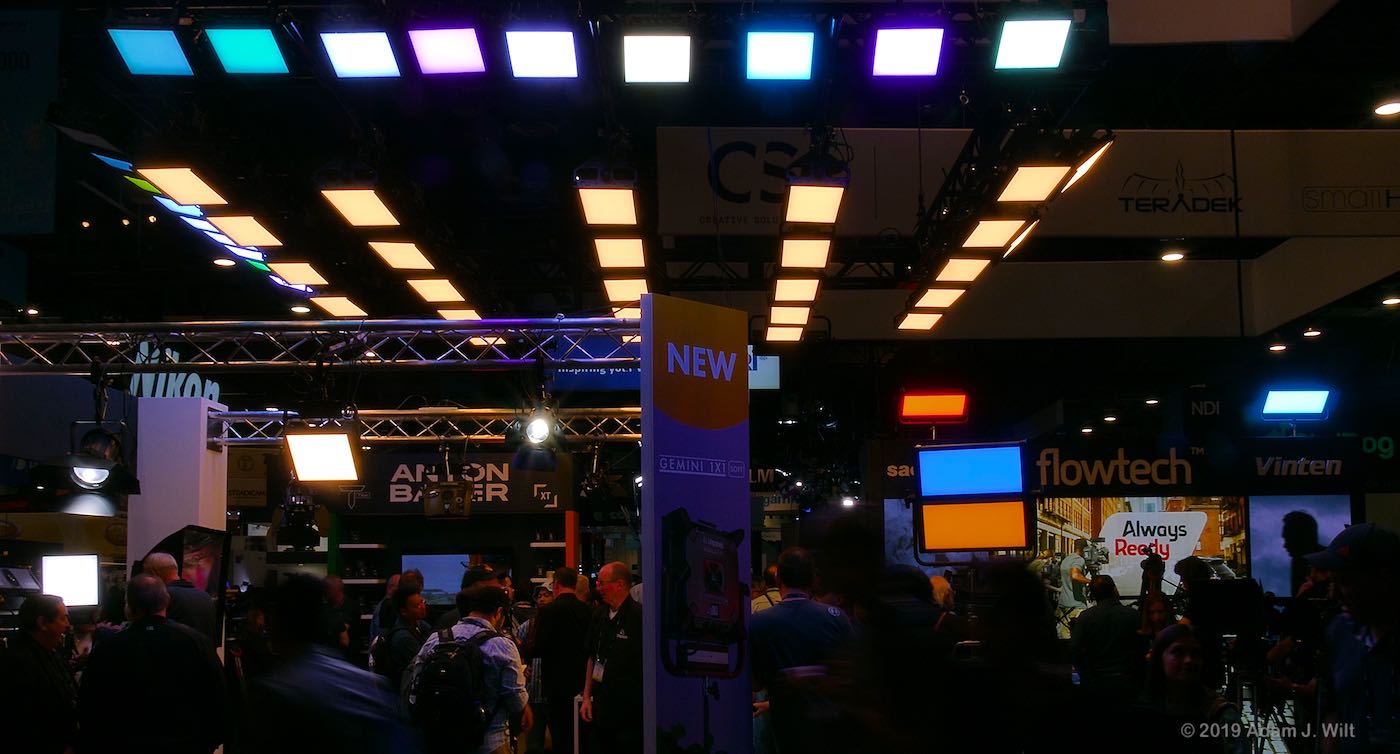 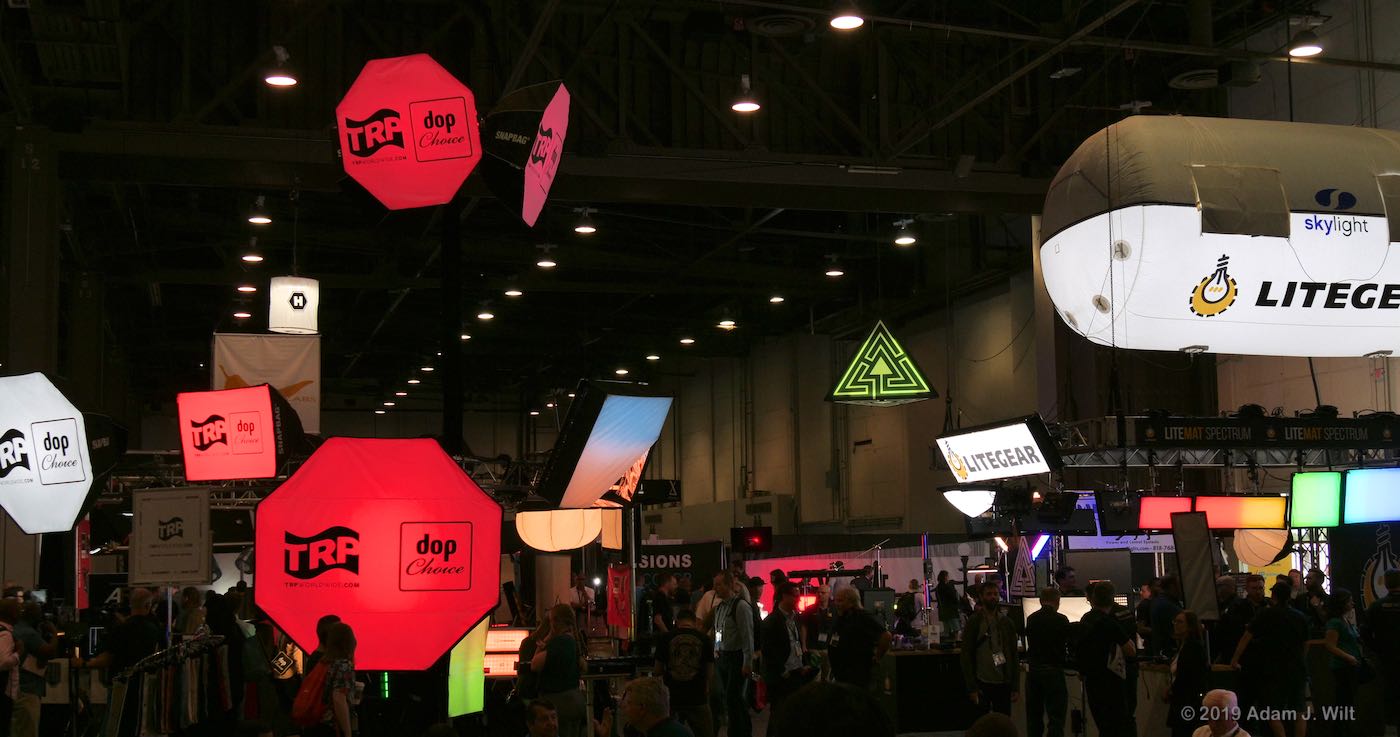 Cinema glass continues to proliferate. This year the growth was focused on lenses for large format and lenses with “character”: primes (mostly) with endearing artifacts rather than clinical perfection.

Half the ARRI booth was given over to a demonstration of live multicam production using ARRI camera with fiber adapters. 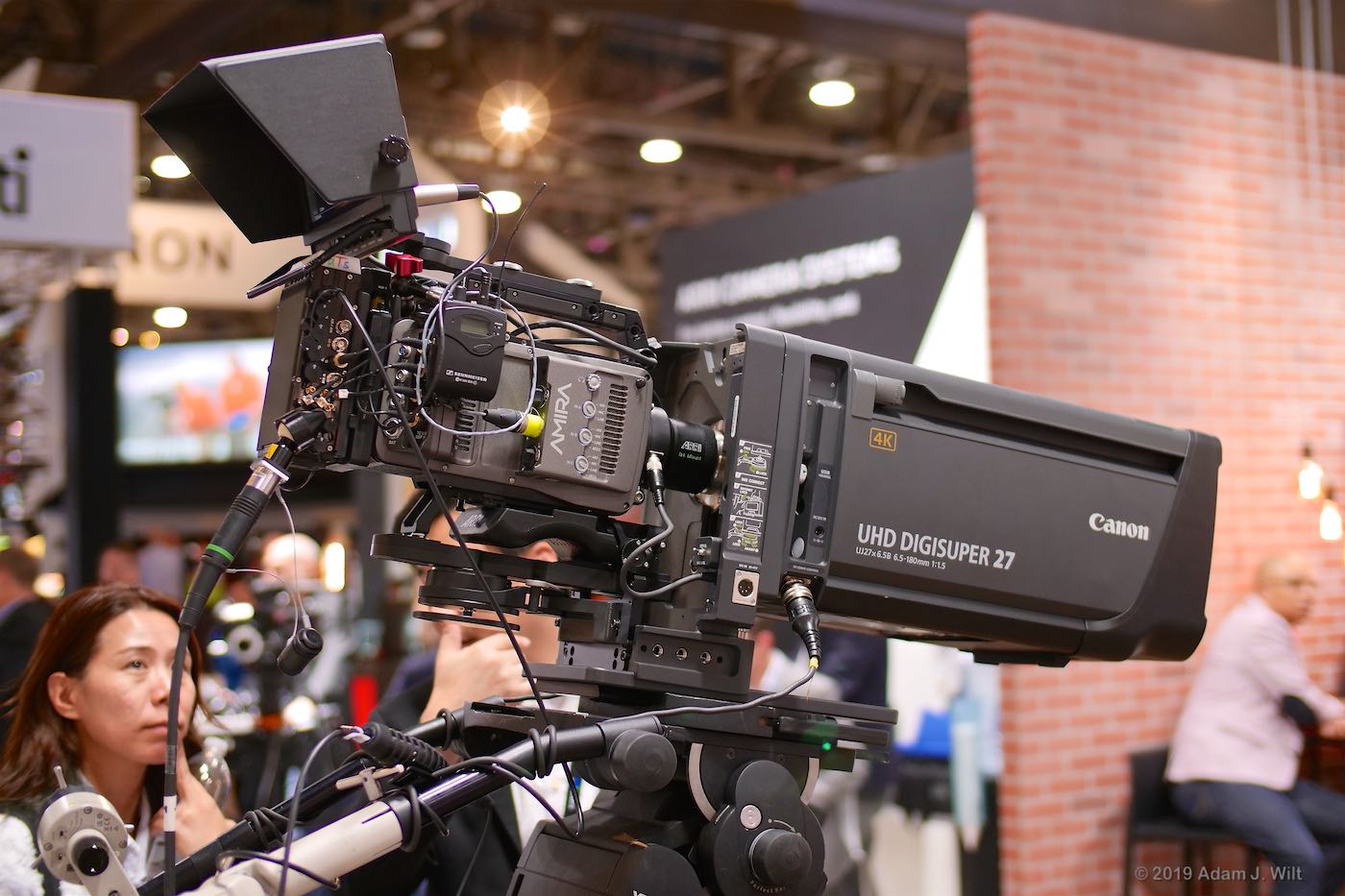 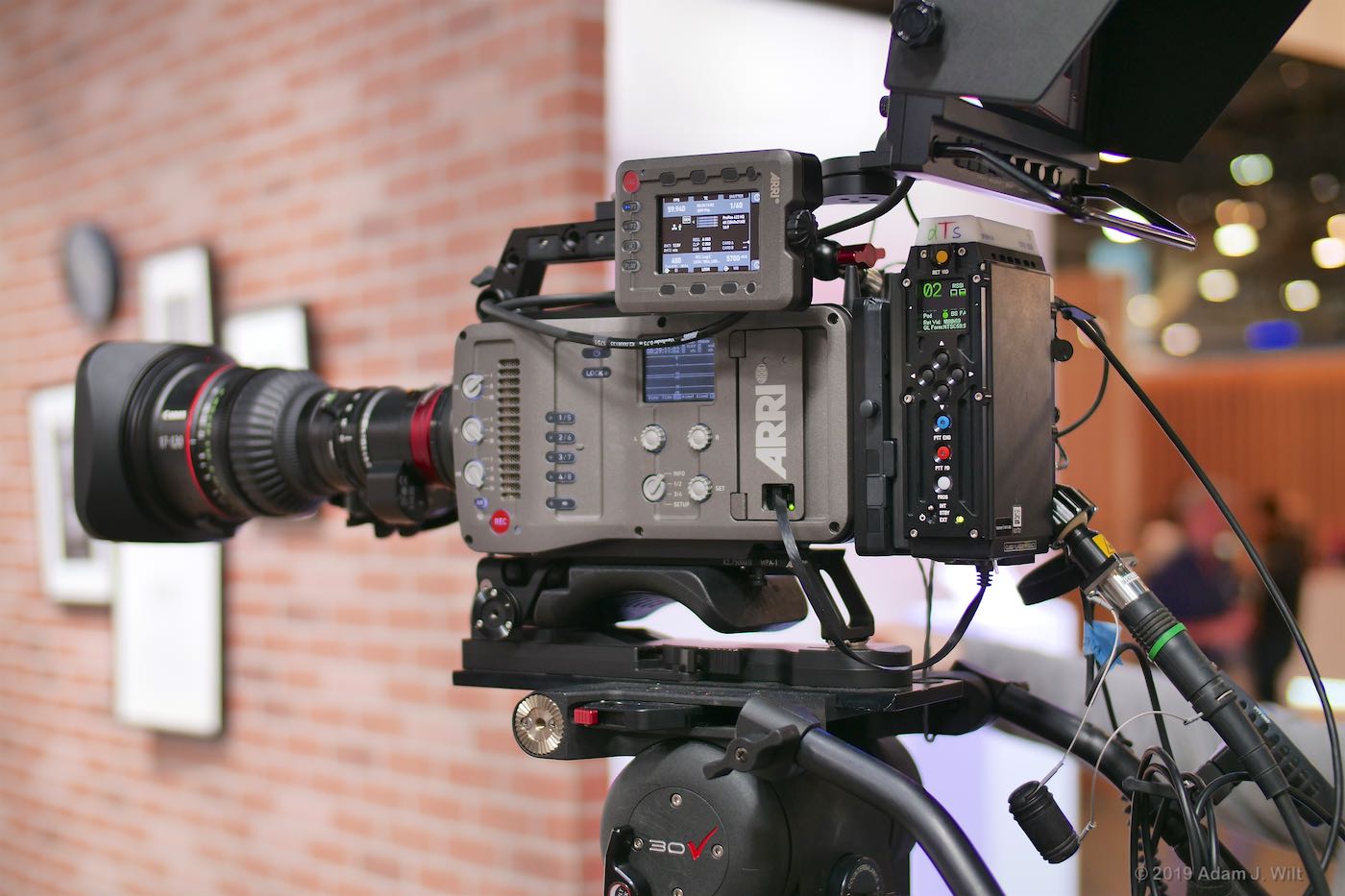 Chinese company PortKeys showed two interesting new products, the BM5  field monitor and the OEYE-3G EVF. The $399 BM5 has a 2000 nit touchscreen, remote-control cables allowing that touchscreen to control a variety of cameras, LUTs, a comprehensive selection of ‘scopes, dual-color zebras, plus grids, markers, anamorphic desqueeze, and all the usual monitoring tools. Eric Naso has more on it at NewsShooter.com.

Process shots without a trailer

PRG showed a process stage using LED video-wall panels to surround a car with live video. It’s simpler than loading the car on a process trailer and driving ’round the city. This isn’t a new idea, but as the panels and video scalers become more readily available, this sort of work becomes less of a science project and more of a turn-key service.

Sound Devices showed the Scorpio, a 36-track, 32-channel mixer/recorder with 12 channels directly controllable from the front panel. Each channel trim pot (and the transport control knob) is surrounded by a multicolor LED, which indicates that channel’s status (on, off, soloed, muted, etc.) as well as level.

If that’s not enough, additional control surfaces can be connected, wired or wirelessly, and if 36 tracks won’t do, you can gang two Scorpios together.

Wooden Camera featured their VX microphone, a self-powered mic designed to recreate the sound of the Sony DCR-VX1000’s built-in mic. The VX1000 — one of the first 3-chip DV camcorders — was the canonical skateboard-video camera of its day, and the midtone-heavy, somewhat compressed sound it recorded (optimized for its 32 kHz, 12-bit audio format) became associated with the skate-vid genre.

Disclosure: There is no current material relationship between me and any of the companies covered (though in the past I worked for Sound Devices on the design and coding of the PIX-E monitor/recorders, now sadly discontinued, squeezed out by Atomos on the low end and Convergent Design on the high end: o tempora, o mores!), and nobody offered any compensation in return for favorable coverage.