While I hated missing out on the Avid keynote the Saturday before NAB began, I knew I had another chance to heard Avid’s new CEO Jeff Rosica speak … when I sat down to interview him on Tuesday of the show. I didn’t think I would get to do this interview as I requested it the week before NAB and I know that’s a busy time for and CEO, the week before the biggest trade show of the year. But a Twitter message to Jeff was returned promptly and the interview was setup.

But before we get to that …

I heard that Avid showed some technology previews of new features coming to Media Composer at the Avid Connect event. These were future updates and not the ones included in the 2018.4.0 release that dropped during the show. This preview included some long asked for feature updates that I was eager to see so I made my way to Avid’s booth on the show floor for a demo and some pictures. Here’s a few of those upcoming features that I like to assume will come sooner rather than later. At least I think they’ll come sooner since they are in a working build of Media Composer as opposed to a slide in an Avid Customer Association vote recap.

The ability to change a multicam / group clip after creation

This will be a huge thing for multicam and reality show editors and assistants. MC had never let you change the group after you make a group clip. Forget an angle? Re-group it. Miss the sync? Re-sync it.

The implementation I saw of this new feature will allow you to drag a grouped clip into the RECORD monitor which will then open that group into the timeline, angles stacked onto video tracks in a sync map.

What you’re seeing above is a group clip of Arcade Fire what as drab and dropped from a bin onto the Record monitor. That group is then open and reflected in the timeline.

From there I’m assuming you’ll be able to manipulate that group and do things like slip sync, add and remove angles and rearrange the clips that make up the group. And I hope that manipulation goes deep with things like adding effects or color correction to a clip and having multiple clips on the same track like when a camera starts and stops. And yes Adobe Premiere Pro and Final Cut Pro have had this ability for a long time.

The Media Composer color correction has long been in need of an update (if you haven’t already updated to Baselight that is) and that begins with shape based color correction.

You have the ability to create and draw shapes as well as color inside and outside of the shape. A softness slider feathers the shape. 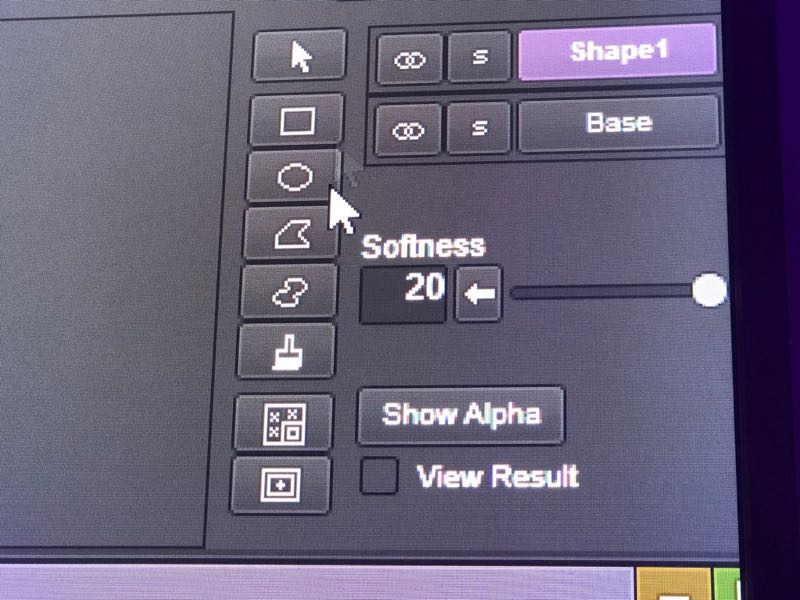 Tops on my list of upcoming features is a live timeline meaning that you’ll be able to do things within the application while the timeline is playing back, without the playback stopping. We’ve enjoyed this in both Adobe Premiere Pro and Final Cut Pro X for years but Avid’s playback architecture has prevented this.

What you’re seeing above is the timeline zoomed around and other parts of the interface being used without playback stopping.

In this early build you couldn’t do much more than scroll and zoom the timeline or work in the Markers window but I’m sure more interactivity will be added as the feature develops. One gentleman that was watching the demo with me was in awe of what he saw. He had “never heard of such a thing” … some people are sheltered.

An upcoming Global DVE will let you move and keyframe more than one object at a time.

Raster sizes continue to get bigger!

That new beyond-HD title tool we’ve been promised looks to be a reality. There will be a good bit more design and layout options than the current generation title tool that is beyond long-in-the-tooth.

Best thing is you won’t have to worry about having to use Marquee anymore.

I approached this interview as a non-Hollywood editor sitting down with Avid’s CEO because that’s exactly what I am! I had questions about his transition in the CEO role as well as Media Composer’s place in the market and it’s move into the future. I had asked a time or two in NAB year’s past to interview the former CEO Louis Hernandez but was never able to do that. I hope you find the chat with Jeff informative. 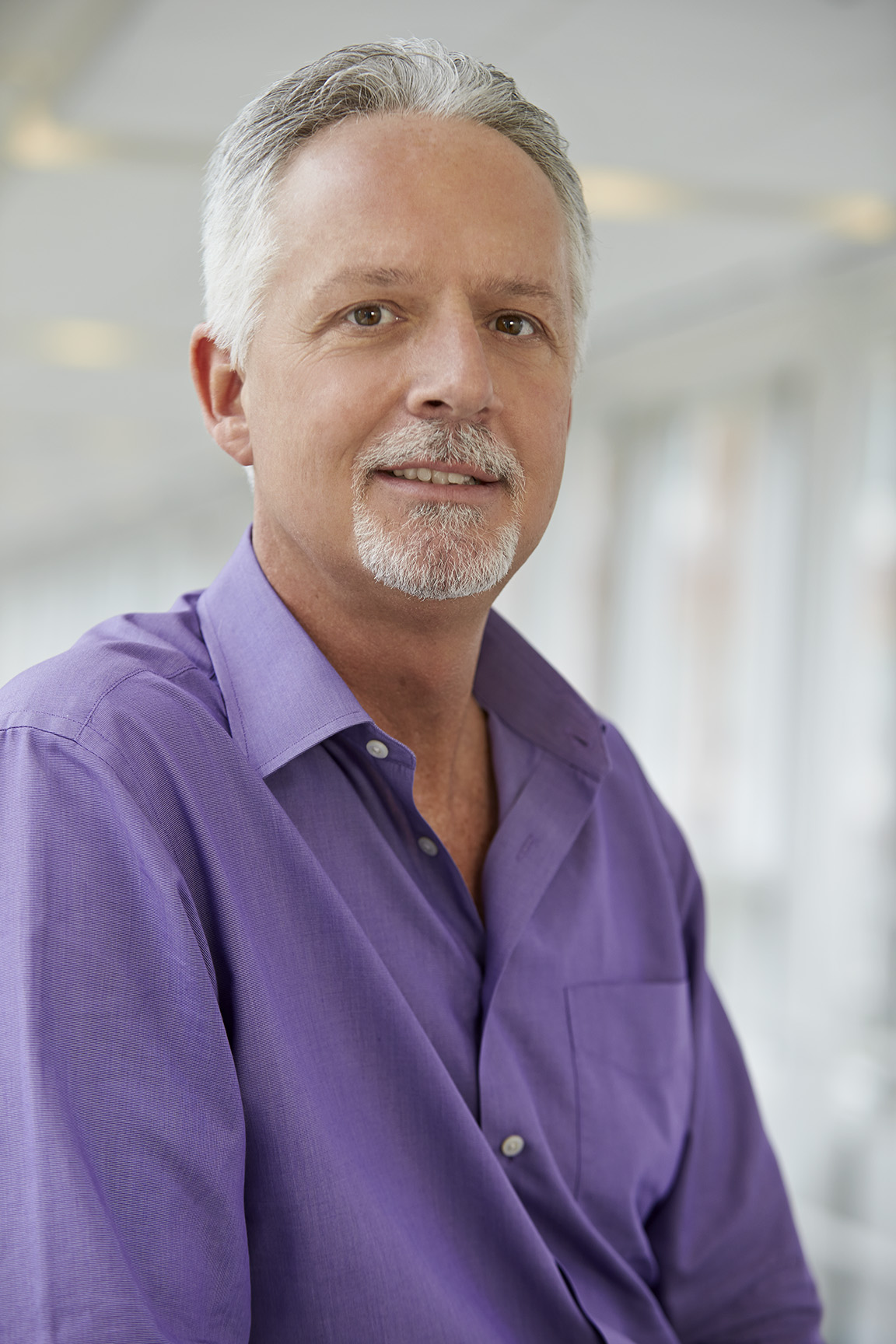 Mr. Rosica was appointed CEO of Avid in February 2018. He also serves as the Company’s President, a role he has held since 2016, managing all customer-facing activities globally including Marketing, Sales, Professional Services, Services Delivery and Customer Support.

Mr. Rosica, who joined Avid in early 2013, is a well-known industry veteran with more than 30 years’ experience in broadcast, media and entertainment. Prior to his current role, he served as Senior Vice President, Chief Sales and Marketing Officer for the company. Mr. Rosica joined Avid from Grass Valley, LLC where he was most recently the Executive Vice President, Chief Sales and Marketing Officer. Mr. Rosica joined Thomson in 2001 from Philips Electronics, as part of the acquisition and merger of Grass Valley Group, Philips Broadcast and Thomson Broadcast. During his tenure at Thomson/Grass Valley, he rose to become the division head in charge of the Grass Valley division in 2008 and managed the business until its sale to Francisco Partners in late December 2010.

Prior to Thomson/Grass Valley, he was with Philips Broadcast from 1996 until early 2002, serving as the Vice President and General Manager of the North American business activities. Prior to that and over his professional career, he has held many senior positions, focused largely in the areas of general management, business development, marketing and sales.