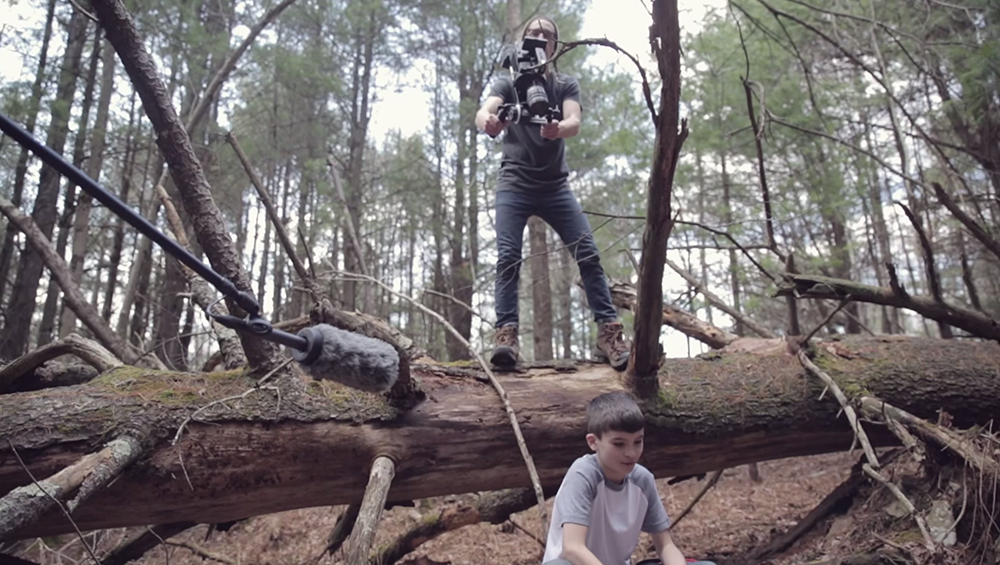 The winners of the “My RØDE Reel” international short film contest have now been announced, with ‘The Tale of Benjamin Sawyer’ by director Ronnie Bingaman taking out the coveted Judges’ Prize. Ronald shares in more than US$80,000 of prizes along with his fellow winners. RØDE has been so impressed with the response from the filmmaking community that it has decided to award a free smartLav+ microphone (www.smartlav.com) to each of the 1,120 entrants in recognition of the effort that each filmmaker put into their work.

The winners and their films are as follows:


Judging in many of the categories was incredibly close, with several of the judges wanting to acknowledge multiple films. The only category with public voting, the Peoples’ Choice Prize, was ultimately decided by only 150 votes. However all the judges were able to agree that overall, The Tale of Benjamin Sawyer was the best film in the competition.

Judge Philip Bloom commented: “The Tale of Benjamin Sawyer evokes the type of magical films I grew up with in the early 80s. It has a wonderful feel, is technically very well done but most importantly tells a lovely story very well in just five minutes.” His fellow judge, Ryan Connolly, added “It is an ethereal story with a big imagination and a refreshing sense of hope. Ronnie Bingaman is a great director in the making!”

”I can’t believe that ours stood out enough to win the Judges’ Pick.” responded director Ronnie Bingaman, when notified of his win.” I’ve loved watching everyone’s entries. There were so many talented people entered in this contest, it’s amazing to be a part of such a creative community. I think everyone was able to walk away with awesome experiences and new lessons.”

RØDE continues to be overwhelmed by the number of high-quality entries that were submitted, and has decided to supply a free smartLav+ microphone (valued at US$79) to all entrants in addition to their exclusive My RØDE Reel t-shirt. “We couldn’t have asked for a better response.” exclaimed Scott Emerton, RØDE’s Marketing Manager. “More than 1,100 people from 76 different countries took the time to script, plan, shoot, edit and submit a short film, and a great deal of these are of an incredible standard. We’re talking about many tens of thousands of hours’ effort, and we felt that really needed to be acknowledged and supported even further. RØDE will be shipping out a free smartLav+ to all entrants over the next couple of months to say thank you to each filmmaker!”

Announced only last week, the RØDE smartLav+ is a broadcast-quality update to the original smartLav wearable microphone for mobile devices that has proven incredibly popular with independent filmmakers, largely due to its ability to allow multiple close-miked actors in a single scene without the need for expensive and complicated wireless systems.

Visit www.myrodereel.com now to watch all the winning films, the category finalists, and an archive of all the entries. For more information on the smartLav+ please visit www.smartlav.com