I found her a new home and got free tattoos. 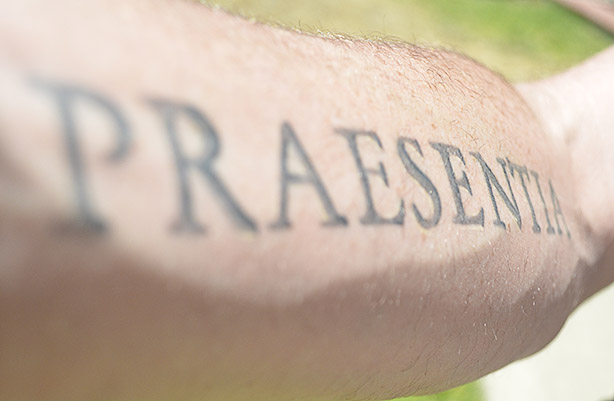 I recently decided to part ways with my first DSLR, a Nikon D1x. I hadn’t used her in a while, had been still using her for high speed sync until a couple of years ago when I started using Hypersync. I wanted to see if I could trade her for some ink I wanted. My first tattoos, actually.

Let’s go into a little more of the back story, first.

My first DSLR was the Nikon D1x. I bought it within a month of it coming out, in August, 2001. I had been shooting film for a long time, and had bought my first digital camera (A Nikon Coolpix 990) the year before and loved working with the digital files. I’d been working with my stuff digitally in Photoshop back to version 2.5 with scans of my film images. I upgraded to the D2h, then D2x, and beyond, but have been hanging on to the ol’ 1x for all these years as a backup. Even with the dismal battery life (I had a pile of them), she still put out beautiful images.

I had been wanting to get some ink, a lot of my friends had tattoos and I had some ideas. I finally decided on two. Then I sat on them for a year, thinking I wanted to see if I wanted them as bad after a year. I did. During that time, I designed them, and had time to come up with the idea of bartering the camera for them. So I started looking on Craigslist.

Craigslist has no shortage of tattoo artists in the barter section. I put up an ad and started getting responses. Some had samples that weren’t what I was looking for, or wanted to do the work outside of the shop. No, thanks. I found a couple I liked, finally settled on one on the phone. Jose of Ocean Front Tattoo in Venice. He wanted the camera, had what looked like great work, and we’d both get something great from the deal.

I made an appointment and went down to see him. We had good rapport and he showed me his work. One of his best works was this incredible 3D portrait of Jesus. By itself, it was impressive, but seeing the before picture and that it was a cover up of a gang tattoo made it insanely cool. I showed him how the camera worked and he loved the sample pictures he shot.

He put the images I brought in on paper, one was my daughter’s name in ribbon script to go on my left forearm, the other is a Latin word, “Praesentia”. I studied Latin for a few years, thinking about my love of writing and linguistics. It means “Presence”, or being present, being in the moment (I have fun with it, often telling people at first that it means “I love teddy bears” or similar). Jose proposed doing it with two shades of ink plus white for the highlights to make it look like it was truly stamped into my arm. That turned out to be a brilliant idea. As an artist, I really appreciate his art and his eye for ink. I can heartily recommend his work.

A couple of hours later I had my ink, he had his camera, and I was off to start the care for the tattoos. I was really excited by his work, it was done last August and I’m very happy I got ’em.

If I’d have sold the D1x on ebay, that would have been it. I’d have never seen that great camera again, and considering what it was worth, the money I’d have made that way was insignificant. This way, I have a lasting reminder of her, a legacy that lives on and that I see every day.