Their noise and the “Big Brother” fears make drones the subject of many heated discussions. One thing is sure: they open new perspectives into the beauty of our world and the things we do. 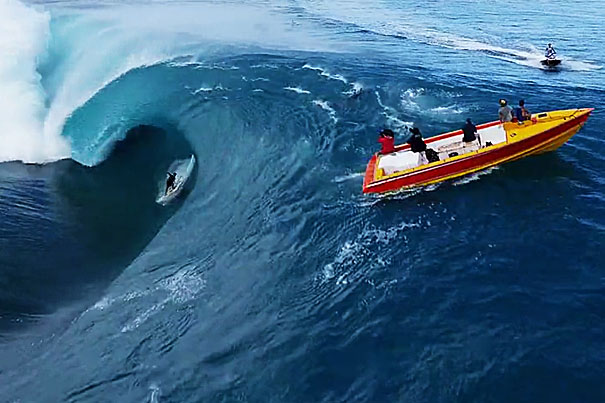 While there is no doubt that drones are, in some aspects, a hated IFO, or Identified Flying Object, the truth is that most of the reasons why this happens are due to human behavior and lack of respect for others. In the right hands, drones give us a unique perspective of our world.

Drone makers keep pointing out to users that they need to use some common sense when flying drones, and regulations in different countries start to define what can and cannot be done with drones, so it is foreseeable that things become more organized, although there will always be those that will break the law.

Drones, quadcopters, flying cameras, whatever you call them, are under flak these days, but they are not guilty. In fact, they should be looked as a valuable tool to help us discover new perspectives into our world. That’s what I want to point out here with this note and some videos that will make you want to… go out and buy your own drone, to create your own mind blowing video.

Before you do, maybe we should look at the rules, and point to a new app from the Federal Aviation Administration (FAA) released as beta, and mentioned in a previous article, Fly safe with the FAA app. That’s one step in the right direction, to help define what is right or wrong when it comes to flying drones.

Besides the dangers of not flying by the rules, drones have another aspect that irritates many: the noise they make. There are multiple reports of how drones perturb the peace of nature parks, make animals run, pester those seeking for a peaceful moment with nature, from the wildest places on Earth to the public park close to where you live. And with more and more people wanting to take their drones everywhere, there is a real danger of some places becoming an impromptu model aircraft meeting. Sometimes, without rules.

This is one side of the equation, and I absolutely agree that drones do create some problems. But on the other hand, they offer us unique opportunities, when used the right way, to show our world from a different viewpoint. A viewpoint that, otherwise, would need another noisy machine to be captured: a helicopter.

Drones do offer some advantages over helicopters. They are cheaper to fly and can fly places where it would be difficult or impossible to use a helicopter. Drones allow for a different approach when it comes to aerial video coverage, and that’s something that the two videos presented here demonstrate.

I selected two videos for this article. There are many other examples of what can be achieved with drones today, but I wanted to touch two different areas: landscape and action. The landscape video, from “egawauemon” is entitled “Drone Footage of Amazing Islands in Kagoshima, Japan 4K (Ultra HD)”. I chose it for two reasons: the level of detail available, impressive if you can run it at its highest resolution, and some of the shot sequences, which can only be done using a drone.

As for the action video, it’s a fantastic piece where the beauty of the images and the emotion from the action itself attract attention. Published by Surfing Magazine on their Vimeo channel, the video, entitled “Teahupo’o, Du Ciel”, was filmed by Eric Sterman and Brent Bielmann, produced by Peter Taras and edited by Sean Benik. The music, Le Goudron, is by Brigitte Fontaine. The action, filmed at one of the most popular surf spots in Tahiti, offers a great perspective of surfing.

Some of the breathtaking views presented here are only possible with a drone, and in the hand of proficient pilots, drones offer unique images from action sports to nature. It is difficult to not admit that we do need drones to access this view of the world. We’ve seen, from aerial photography to videography, a new world unfold in front of our eyes. And we want it.