With 15 days to go, the McQuaidFrame is still a long distance from being funded on Kickstarter. If it does, the world will get a screen protector that doubles as a crop guide for framing vertical video. 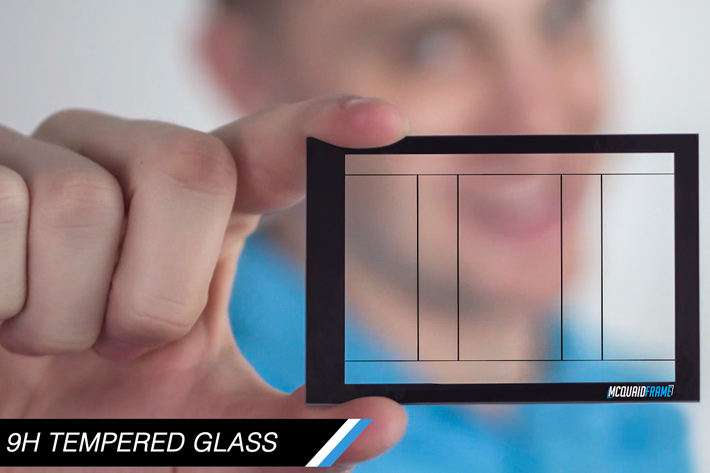 With vertical video continuing to be favored in social media, solutions like the McQuaidFrame aim to make life easier for videographers, with a crop guide adapted for various cameras.

Necessity is the mother of all inventions, and for Denver McQuaid the experience of a multimedia shot where vertical video was needed was the trigger that led to some research. McQuaid, a LA based VFX & Motion Graphics artist who’s been creating social media videos on Instagram and Musical.ly says he has always struggled “knowing what my square and vertical crops were on set. I needed a solution but there weren’t any. So we made it.” 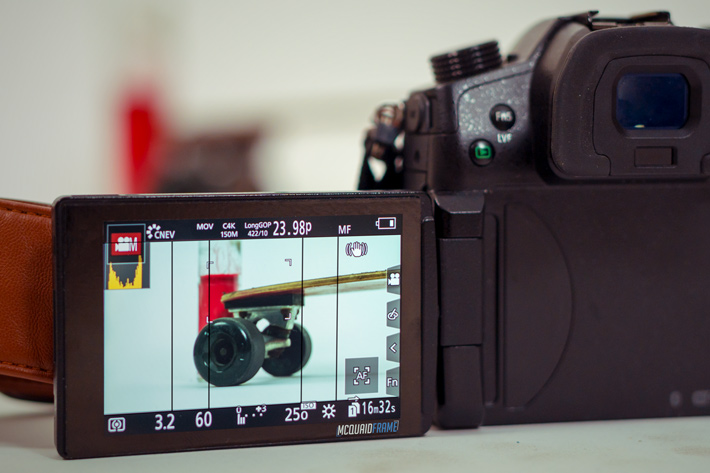 Shooting vertical video in a world of horizontal cameras is not an easy task, as PVC suggested in a series of articles about the vertical format. Different people have created ways to fix the problem, from drawing marks on the LCD screen to tapping some form of frame over it. The McQuaidFrame is, yet, another viable solution, it seems, and a less messy one.

Together with partner Jonathan Huer, McQuaid developed a non-intrusive vertical crop guide screen protector that slips neatly and securely onto the viewfinder of many standard cameras to provide the video artist the exact dimensions of his or her field of vision to assure that what the photographer shot in the field will come to life exactly as imagined in the edit bay.

The McQuaidFrame has printed markings for vertical 9:16 and square 1:1 crops perfect for social media content. Gone is, says the team, “the guesswork and sloppiness of paper frames tapped to the camera housing or just plain guessing.”

McQuaidFrame makes shooting and editing videos for Instagram, Snapchat, Musical.ly and Facebook certain and simple. No more cutting off video or adding dreaded black bars to fill the screen. No more extra wide cover shots with extraneous buffer imagery that requires time consuming and labor intensive special programs to edit into a usable format. McQuaidFrame is made of tempered glass and is durable enough for multiple shooting sessions or disposable and inexpensive enough to be recycled. 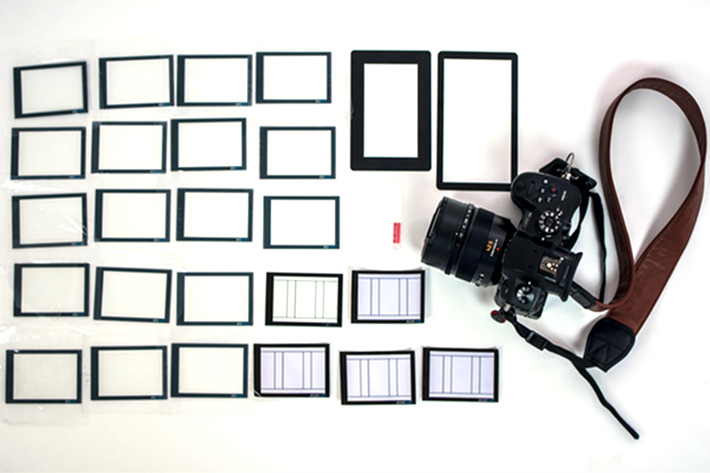 McQuaidFrame comes in several designs for a range of cameras. Each version has been hand measured for precise markings to benefit you the most while filming. Cameras are not a one size fits all cookie-cutter world and neither is McQuaidFrame. The frame is available for models from Sony, Canon and Panasonic and the team has plans for other models, including Canon’s Cinema Series, if the Kickstarter funding goes well and reaches the stretch goals defined. Nikon is absent, because, says McQuaid, the frame “is targeted more towards video rather than photo and Nikon users seem to be predominantly photographers.” Still, he adds, “if we see a demand from Nikon users we will take a look at expanding our line for them.”

Denver McQuaid says they want to sell the McQuaidFrame “in a 3-pack for less than what competitors charge for one. Our product is the same (if not better) tempered glass material you’d expect from a screen protector but with square and vertical crops printed on the glass. Better value and a better price!” Backers of the campaign can get a pack with 3 frames for $19 or 12 for $69.

The future of the McQuaidFrame, though, is not certain. Although the Kickstarter campaign achieved over $1,000 of its goal within hours of its launch, from a total of 23 backers, the enthusiasm for the solution does not seem to be there, and the $15,000 goal is very distant, when there are only 15 days to go.