Matrox Thunderbolt docks offer convenience in connectivity, but we have to understand the pros and cons of each version. 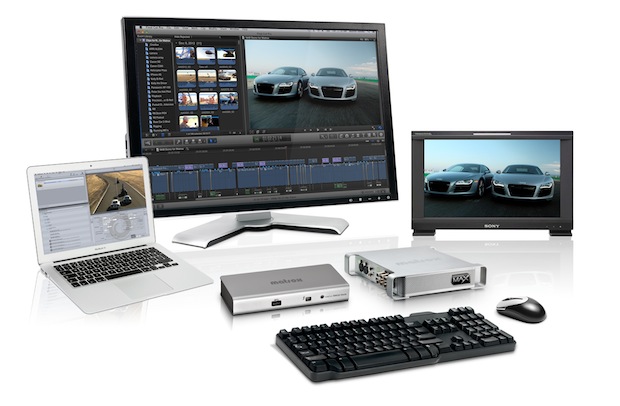 At IBC, Matrox announced its MXO2 Dock, a Thunderbolt-based accessory that allows users of any MXO2 i/o interface and a Thunderbolt Mac to create what the Canadian company calls “an ideal ergonomic workspace for video editing and content creation”. From a single Thunderbolt connection, users can add multiple peripherals including an HDMI display, keyboard, pointing device, with its gigabit Ethernet port, one USB 3.0 port and two USB 2.0 ports. I asked several questions and got answers about the MXO2 Dock and Matrox’s other Thunderbolt docks. The answers are ahead in this article.

The short Matrox spiel about the MXO2 Dock

MacBook Pro and MacBook Air are powerful enough for many Matrox MXO2 users but they can be uncomfortable to use all day in the edit suite.
The new Matrox MXO2 Dock increases productivity by adding screen real estate and brings much-needed expandability for USB 3.0 storage, control surfaces, optical drives, and other peripherals. 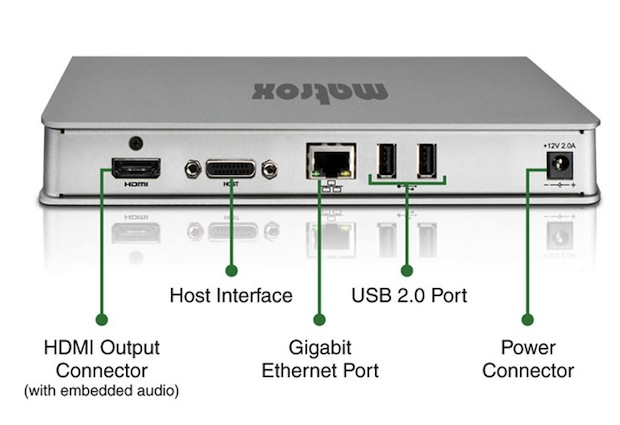 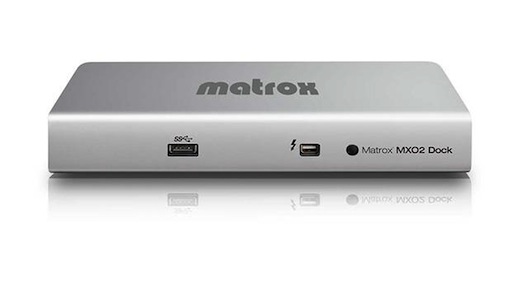 Matrox MXO2 Dock will cost US$349/€300/£249 not including local taxes and delivery, and according to the company will be available through a worldwide network of authorized dealers in Q4 2012. But as I learned after asking questions, the MXO2 Dock is not the only Thunderbolt dock offered by Matrox.

My questions for Matrox

T©pper asks Matrox: Does the MXO 2 dock substitute for the prior Thunderbolt adaptor for MXO2-series interfaces (which is an end point) or does the MXO2 Dock complement that adapter?
Matrox responds:

You can use the (MXO Dock) instead of the original Thunderbolt adapter, so it replaces the TB Adapter and complements the MXO2 products. 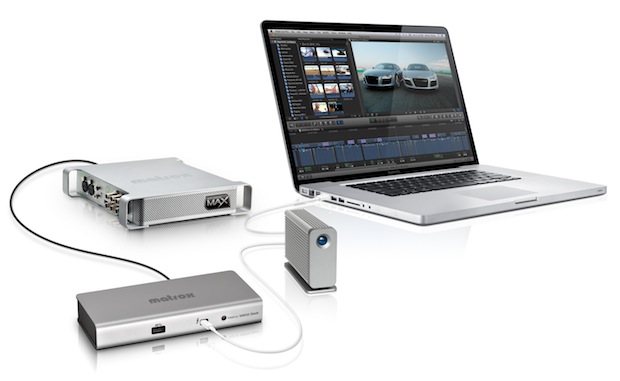 T©pper asks Matrox :Does the MXO 2 dock contain its own GPU, or does it act as an extension of the Mac’s own GPU or the MXO2’s GPU? If it has its own GPU, what are its specs?
Matrox responds:

The HDMI output of the MXO2 Dock is the system’s GPU, the one that is in the Thunderbolt/Display Port spec. Before with the adapter, users could not access the GPU in the TB/DP connector. With the Dock, it is now available to users.

Yes, any Thunderbolt enabled system can take advantage of the MXO2 Dock, or DS1 for that matter (see ahead for that).

T©pper asks Matrox: Can the MXO2 Dock be used in a system where there is no MXO2 at all?
Matrox responds:

Yes it can, but we also have this product, the Matrox DS1.

The DS1 Thunderbolt docks, now available with either DVI or HDMI

Just after IBC, Matrox introduced an expansion the (previously announced) DS1 series of Thunderbolt docks, which promise similar productivity benefits of a desktop computer to MacBook equipped Macs. Like the MXO2 Dock, DS1 docks require a single Thunderbolt connection from the computer and allow multiple peripherals to be connected, including either a DVI or an HDMI display (depending upon the version of DS1 you choose), a keyboard, and a pointing device (trackpad, trackball, or mouse). And like the MXO2 Dock, the DS1 docks include gigabit Ethernet port, one USB 3.0 port in the front of the unit, plus two USB 2.0 ports in back. Instead of acting as a Thunderbolt connection for an MXO2 device, the DS1 Thunderbolt docks offer a microphone input, and a speaker/headphone output.

Whether you choose the DVI or HDMI version, the DS1 Thunderbolt docks are priced at
US$249/€219/£169 not including local taxes and delivery. According the the company, Matrox DS1/DVI and Matrox DS1/HDMI will be available through a worldwide network of authorized dealers in December 2012.

Advice for those who crave a Thunderbolt dock