The influence from the 70’s, DIY lights, older zoom lenses and using available light are some of the stories behind the production of two of the best television shows on Netflix. DP Mark Schwartzbard explains how he shoots the two series. 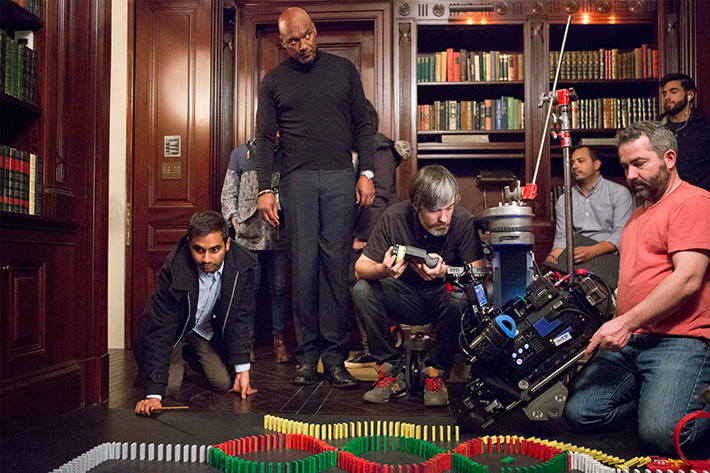 Mark Schwartzbard is a fan of Panasonic cameras and for Master of None and Love the DP used Panasonic VariCam 35 cinema cameras, adapted for the different styles needed by each production.

The two comedy series share the same distributor, Netflix, but they also share the same cinematographer – Mark Schwartzbard (Max, Dean). It is always interesting to understand how a DP adapts to different shooting styles and how the problems are solved, so Panasonic asked Schwartzbard, who recently shot the second season of Love and both seasons of Master of None with VariCam 35 cinema cameras, if he could explain how it all worked behind the scenes.

The interview, published by Panasonic, reveals how the team looked at the work of Hall Ashby and Robert Altman in search of the ‘70s influence, for Master of None. Older zoom lenses, including the Cooke 18-100 T3 and the Angenieux HR 25-250 T3.5 were used. “I love the Cooke 18-100. I think it’s a soft, flattering, and beautiful lens,” reveals Schwartzbard. “For Season One, we had the Cooke on the A-camera and the HR on the B camera and we would typically be at a T4.”

Master of None was captured in UHD (3840×2160) AVC Intra 444 files at 23.98-fps. “We needed a camera that had an aesthetic softness we were looking for in terms of color and tonality,” says Schwartzbard.

In terms of light Schwartzbard didn’t want the show to look over-lit, so he tried to light as little as possible. A lot of the show is shot in dimly lit restaurants and bars so shooting at higher ISOs made it much easier. When light was needed, Schwartzbard used a lot of China balls and small booklights. One of his go-to lights was designed by his gaffer, Mark Schwentner. “Mark built these lights in which he took thin wooden boxes with LED tape around the perimeter shining into the center and then unbleached muslin stretched over the front of it,” explains Schwartzbard. “It creates this extremely soft lightbox that we could control really well.” 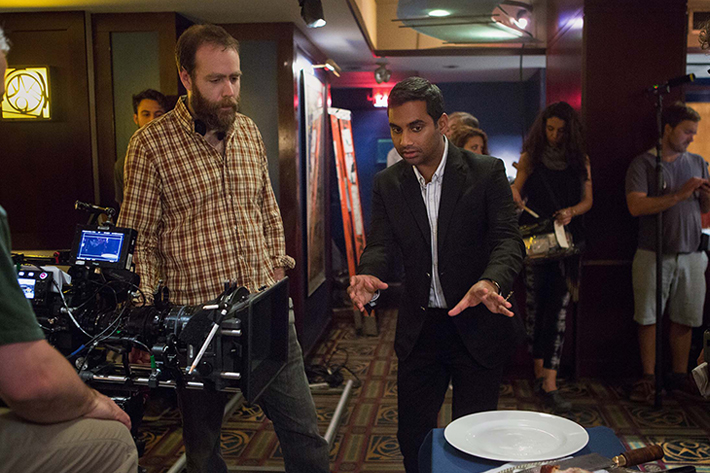 Season 2 of Love was also shot by Schwartzbard in UHD on the VariCam 35. Schwartzbard used Primo zooms and older Panavision Super Speed Z-series primes. Because of his experience on Master of None, Schwartzbard was more comfortable shooting night exteriors in available light and dialed back on the use of condors.

For Love, Schwartzbard was working with the latest VariCam firmware upgrades (at the time) and according to the DP, he saw big improvements in ISO flexibility. “I spent a lot of time in the first season of Master of None trying to decide if we wanted to be at native 800 ISO or going up to native 5,000 and putting NDs in. We were always kind of battling those options. Now we could go to an 800 base and dial up from there or start at 5,000 ISO and dial down. Now you’re sacrificing shadow latitude for highlight latitude, but the negative gain is actually decreasing the noise floor.”

Schwartzbard’s sweet spot is now ISO 5,000 dialed down to 3,200. “It’s just me being a little nervous about noise,” he explains. “It’s actually pretty rare that you actually need 5,000. With Love, the use of higher ISOs let us use the zooms on night exteriors, which made the directors very happy.”