How To Make Your Video Look Old…But Not Tired

The Unsung Hero of Magic Bullet

I say unsung, because there’s not any mention of it being part of the Magic Bullet Suite. Once I loaded the Suite and opened it up for the first time in Premiere Pro CS5.5 — there it was. I went back to the RedGiant website and searched and found just a small amount of information on their blog.

Aharon Rabinowitz has written a good warm up about MisFire, along with some information about similar programs. Looking at the plug-in, I’ve used Premiere Pro to apply it to a short film I’ve I shot of the Access 59 Car Show using the iPhone4.

Misfire is a plug-in that lets you transcend your footage from new to old. You’ve seen this effect, it’s everywhere it seems. It’s even a standard preset for many consumer cameras.

With most of these, a preset filter is applied that usually throws in some grain and scratches and desaturates the image. The issue with this for pro applications is that you’re stuck with the effect, making sure your project will look just like every other piece that uses this effect.

With Magic Bullet Misfire, you have complete control over all of the aspects that go into creating the old film look. There are 14 different plug-ins that make up the MisFire plug-in, and you can add, remove and tweak them to your liking using key frames in either Premiere Pro or After Effects CS5.5 or other NLE.

After editing and color grading that footage using Magic Bullet Quick Looks. I was pretty happy with the results, but I wanted to add something to make it more stylized, and make it look less like video.  Once loaded, you’ll find MisFire in the Video Effects Section of Premiere Pro. Scroll down the list, and you’ll see MisFire with the other Magic Bullet plug-ins. Once you click on the MisFire Bin, you’ll notice all fourteen of the various plug-ins that are automatically added with just dropping the first MisFire effect into your clip. 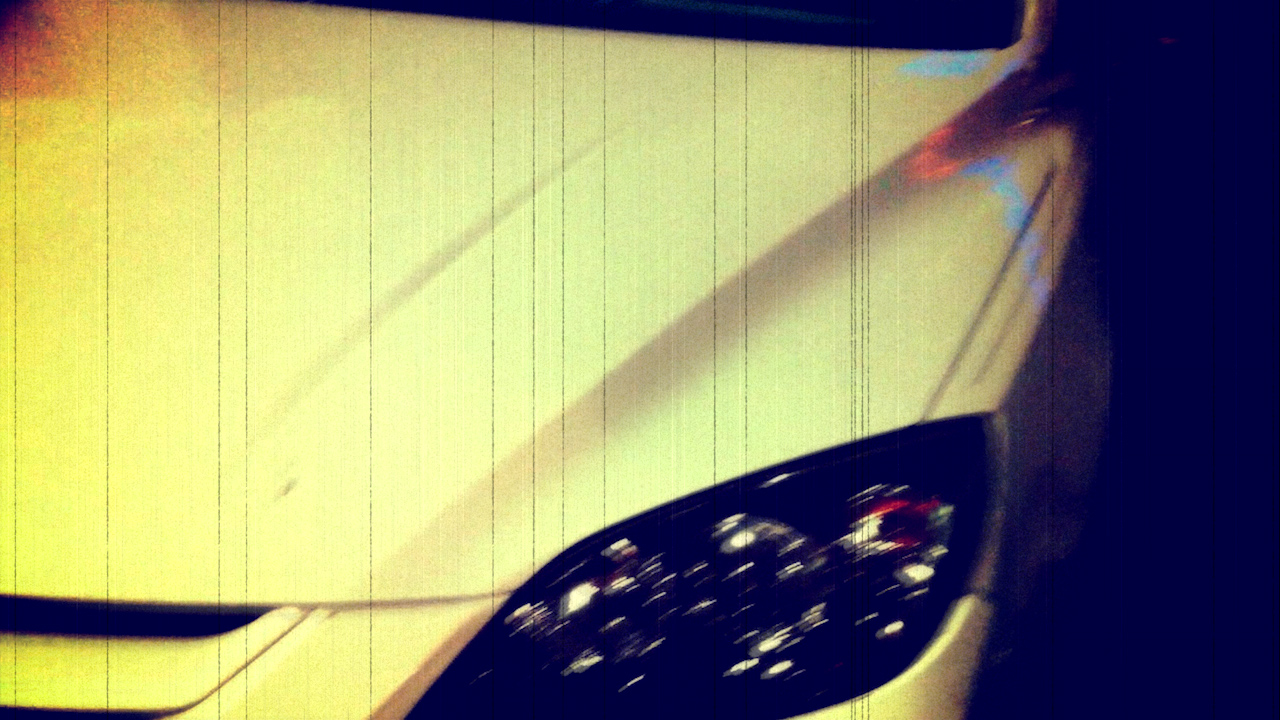 Now the first one I played with were the scratches. You’ve got Micro Scratches, Basic Scratches and Deep Scratches – all of which are customizable. You can adjust the color, size, and frequency.

This helps you to keep the scratches confined to a particular area of the picture. That way they don’t interfere with your subject. Because you have such control over every aspect of MisFire, you can make sure the effect doesn’t become stale, giving it a more original and unique look.

You can adjust fading, which gives the image an uneven look mimicking what you might see in older film due to age or cheap development. Funk allows you to add various splotches and discolorations which are supposed to represent bad processing or age of the film.

You can further tweak this by setting key frames for splotches to alter the size and amount of discolored patches on the image. You can just the flicker, to again, give the film a rough and uneven look that might be a bad projector or again show the age and wear of the film.

Add It In Premiere – Tweak It In AfterEffects

One of the things I love bout the Magic Bullet Suite 11 and Adobe  CS5.5 Production Premium is I have the choice to either add these effects here in Premiere, or I can add them in AfterEffects by using the Adobe’s Dynamic Link.

If I’m sure I want this effect, but I want to work with it in AfterEffects, I can simply add it here in Premiere, and tweak it in After Effects. All I have to do is right click on the clip and select replace with After Effects Composition.

After Effects then opens the clip as a composition, and it places the clip in the time line.

Your Clip Comes with Baggage

When After Effects Creates a composition from the clip, it takes with it all of the effects previously added in Premiere. It even brings over all of the key frame information I’ve done previously, so if all I want to do is tweak this in AfterEffects, I’m free to do so without having to start from scratch.  Once I’ve completed my work in After Effects, I can go back to Premiere and see that the clip has now been replaced with the After Effects Composition.

I realize this might be a bit more tedious than what some may want to do. However, if you do want that control for not only a unique look, but you were also trying to match the look of some footage that really is old, you have a better opportunity to do this here than with other plug-ins and apps that I’ve seen.

This video was shot using the iPhone 4, and I’ve been getting into shooting with it, simply because of the quality and convenience. Had I known this car show was happening, I most likely would have bought my 7D out. Because I didn’t, as we just drove up on it, I had the option of capturing all this colorful frivolity with the iPhone or allow the event to exist only in my memory.

If you’re familiar with the iPhone, then you are undoubtedly aware of all the Apps there are for photography and videography.

A friend turned me on to this app last year, and although I’ve downloaded a number of other camera apps, this is the one I keep coming back to because of the amount of control you’re able to have over your image.

Almost DSLR allows you to manually control the focus, exposure and white balance simply and easily. You can easily switch between any of the controls and without having to go through a series of sub-menus.  Almost DSLR  is certainly my favorite when it comes to shooting. 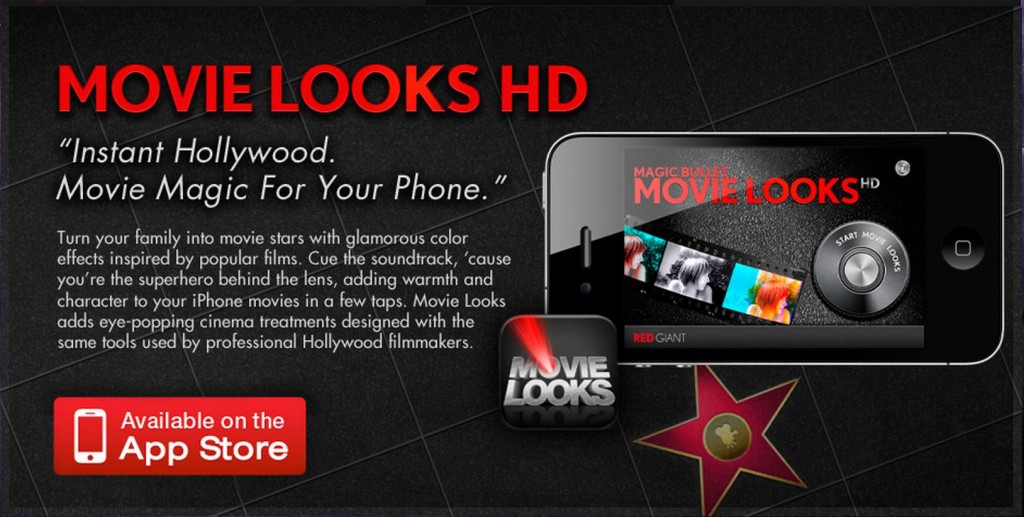 Once you’ve shot your footage, RedGiant makes it easy for you to achieve similar effects using their “Movie Looks” app.  For only a mere $1.99 you get access to some of their stunning image settings similar to what you would see in Magic Bullet Quick Looks.

First open the app in either your iPhone or iPad. Then, trim your clip down to only the footage you want to use.  Now you’re ready to select any of the forty looks available. Once you’ve chosen your look, you can adjust the strength and brightness so you can make it just right.  Choose your resolution to either half or full and hit Develop. Once the footage is done rendering, that’s it. 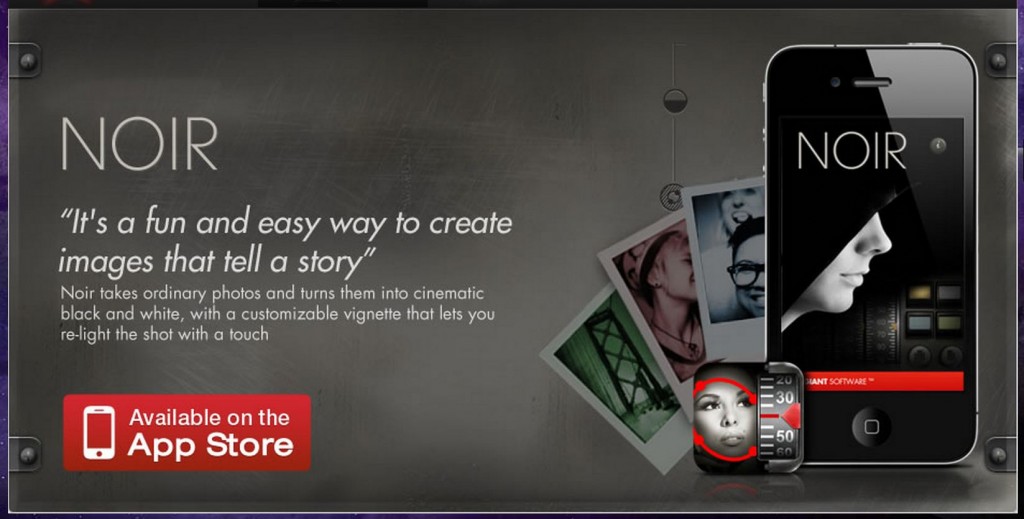 RedGiant also has two additional apps to awaken and beautify your still images. Noir Photo allows you to add custom lighting and tint to take flat pictures and create beautiful and dramatic imagery that will give new life to your pictures.

Touch and pinch the Vignette to quickly highlight and light up the part of your photo that you care about.  Use Contrast, Outer Exposure and Inner Exposure dials to massage the darks and lights around the Vignette. Noir’s preview area is huge and the controls are minimal and you never have to open a second panel. 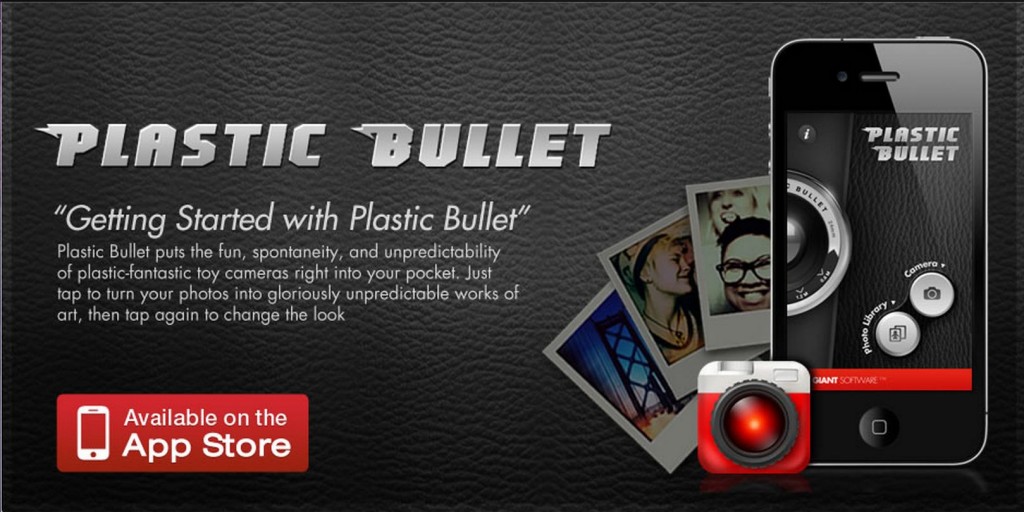 Plastic Bullet, RedGiant’s first iPhone app, develops stills that are dreamy and surreal, just like those from an old plastic camera.  Once you load your images into Plastic Bullet, it processes a series of images, and you simply tap the one you want which is saved to your camera roll.

Plastic Bullet’s render engine is by far the deepest and most sophisticated of any iPhone photo app.  Generate beautiful, unique photos in seconds without fiddling with sliders, settings or buttons. Do it fast, with results from the iPhone 4 in seconds.

From the beginning, Vimeo was created by filmmakers and video creators who wanted to share their creative work, along with intimate personal moments of their everyday life.If you are shooting more with your iPhone4 and you’re starting to take some of your projects to the other level, then you’ve got a lot of options for exposure.

If you go to Vimeo, and search for groups using the key word iPhone4, you’ll find a plethora of opportunities to showcase your work.  Check them out here:  www.vimeo.com 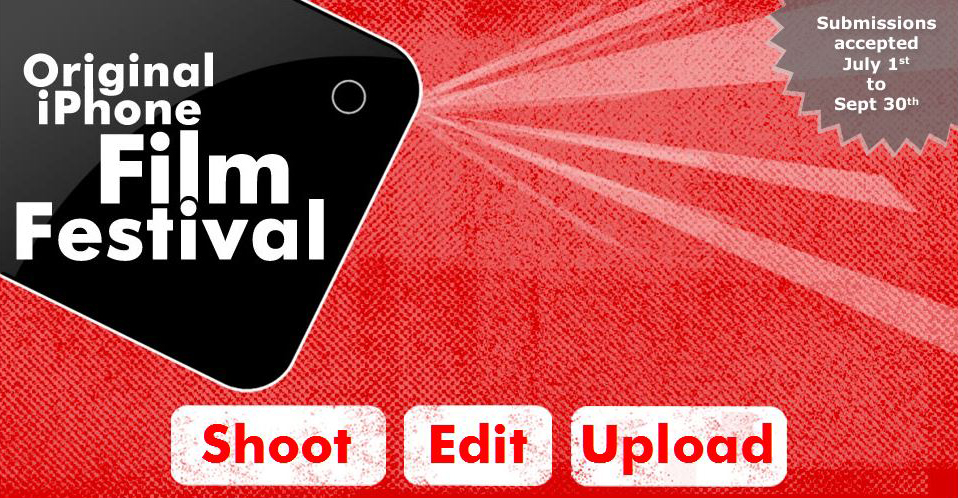 Another opportunity to get your iPhone productions seen and get prizes to boot it the Original iPhone Film Festival sponsored in part by RedGiant. The deadline for entries is September 30th, 2011. The rules are simple: it has to be shot with an iPhone or iPad. However, it does not have to be edited with those devices. As it states on the website, you can edit on your computer and use your favorite editorial software, and of course, I recommend using Adobe CS5.5Production Premium  and Magic Bullet Suite 11.