If you’ve a Mac computer and an Android smartphone, making them “talk” is not always easy. Available as a FREE version and a more complete Pro version, MacDroid solves the problem. 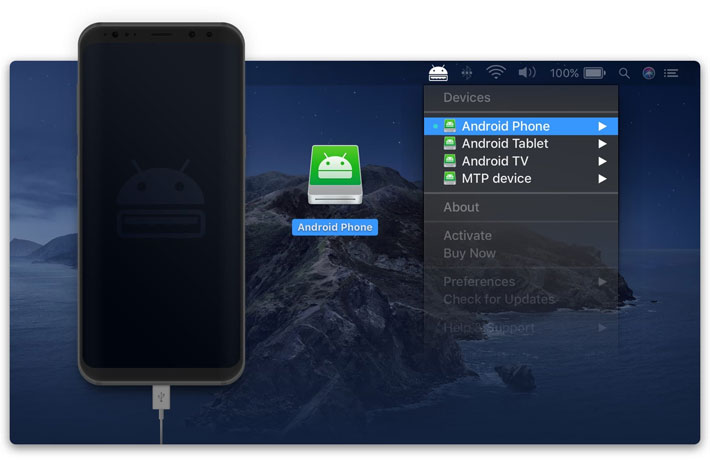 Breaking the transfer barrier between Android and Mac, the MacDroid app allows users to transfer files and folders between a Mac computer and an Android device connected via USB.

Android and macOS cannot natively work together, so if you’ve a Mac computer but do not have an iPhone, having chosen an Android smartphone, you know how hard it is to transfer files between them. That’s what I am being told, because I do not have that problem, as a Windows user, as I just plug my Android smartphone to my Windows PC and they “talk”, as my Windows Phone did, when I had one.

Still, it appears Mac users with Android smartphones have a problem, and that’s where MacDroid appears as the solution. According to Electronic Team,  the company behind the new app, it “builds a bridge between Android and Mac” and allows users to “enjoy the ease of transferring photos, videos, music and folders between your Mac and your Android connected via USB. MacDroid offers you convenient access to your Android files in the Finder and ensures that everything goes fast and smoothly.” 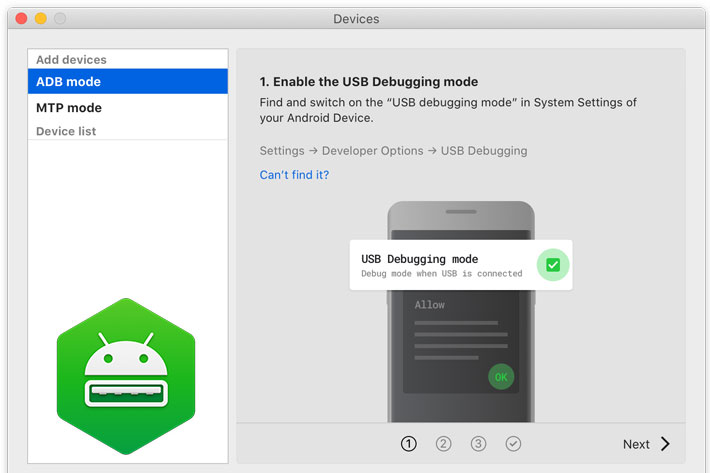 No need for special cables

The team behind MacDroid knew that as Android and macOS cannot work together out of the box, there was “a vital need for an interface that would not only connect the two systems but also allow safe and smooth file transfer between them.” That’s exactly what the app does; no need for special cables or complicated solutions, MacDroid will work seamlessly whenever you connect your Android device to your Mac via USB. As soon as the device is plugged in, you’ll get access to its content directly in the Finder. No necessity of having any third-party apps on your Android device, say the developers.

The connection offered by MacDroid is not just a solution to transfer files, it does have more features. Here are the key features: 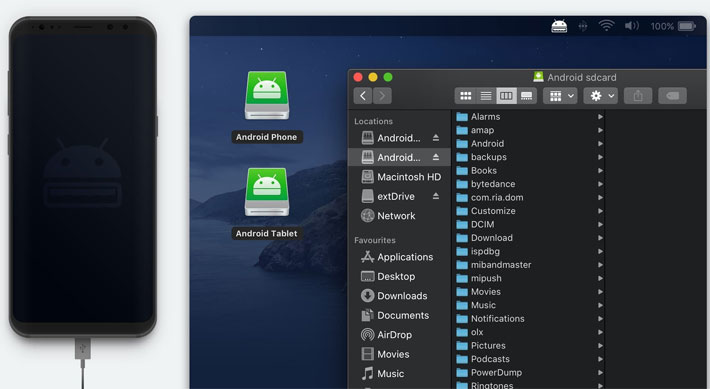 The FREE and Pro version

The app allows users to mount Android as a disk on Mac, and both internal and external storages of Android can be mounted. You’ll only need MacDroid and an Android connected to Mac via USB, and MacDroid supports all Android and MTP devices.  Single-Operation Mode ( MTP) offers and easy and comprehensive way to connect not just your Android, but other supported devices as well. MacDroid also works in Multi-Operation Mode (ADB), a multiplex mode for a faster file transfer and management. The app requires macOS 10.10 or newer.

MacDroid comes with a FREE version, that ONLY allows users to  transfer files from Android to Mac. This version includes a free 7-day full-featured trial. The Pro version of MacDroid costs $19.99 per year, but gives users all the options, meaning they can Transfer files between Android and Mac in both directions. This version also includes consistent updates of the app.

MacDroid version 1.0.85 was released on February 12 and two days later version 1.0.86 was released, with some minor fixes and improvements. Visit the website and, if you’re a Mac computer user with an Android smartphone,  download the FREE version, test the features and see if you want to subscribe to MacDroid.