Version 14 of Lightworks, now in public beta, introduces new features to the application, starting with a new fixed layout interface and project browser, to ease the learning curve for newcomers. 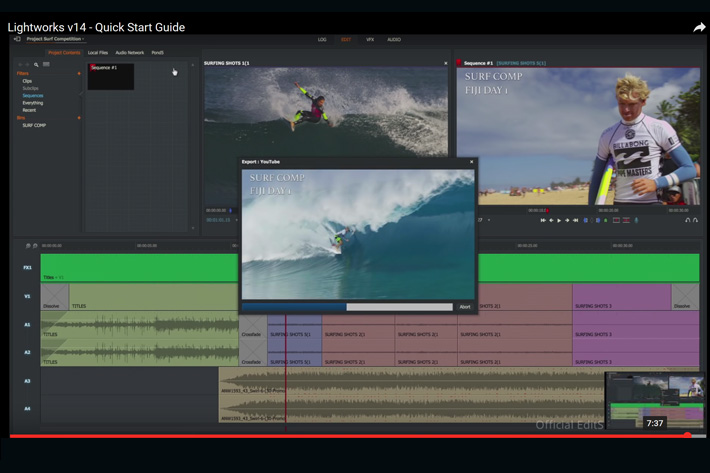 The latest version of Lightworks NLE, focuses on providing the next generation of video creators a toolset that is based on heritage film editing, but with a brand new user interface and integrated FX and content resources to make video for the internet age.

Yes, even a classic as Lightworks has to change. The new version of the program, available as a public beta that anyone can try, represents a radical change from what regular users of Lightworks are used to. Yes, the flexible layout is still there, but the new interface, said to be developed for those who prefer a more organized workspace is available now. It can be enabled via the settings menu on the project-browser screen by changing the ‘project layout’ option.

The new “fixed” UI gives users access to all the great tools within Lightworks but in a more intuitive and easy to learn layout. Straight out the box it allows users to import, edit, add FX and deliver video in all available formats and for all platforms. However, those editors used to the legacy UI can switch back to it with a flick of a button.

If you already have a previous version of Lightworks installed, the interface will remain in the same Flexible layout you have always used and all new installs will receive the fixed layout interface. For the moment there are some limitations in that certain features will only be available in Flexible mode (Render, multicam viewers) but EditShare says they are working to incorporate them into the Fixed layout as well. EditShare also hopes to receive as much as much feedback on the new fixed layout as possible, so they ask users to try it and encourage new users to also try the latest Beta of the program. 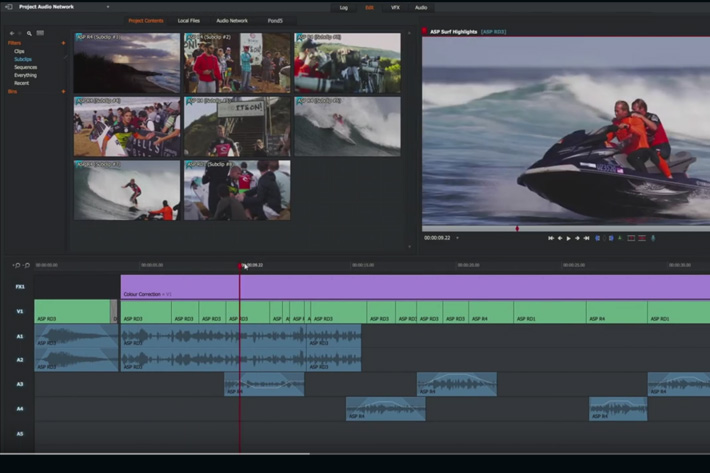 But Lightworks 14 is not just a new interface layout. More than that, Lightworks 14 is no longer just a standalone editor. It comes packed with audio and video FX tools for fine tuning and polishing your video content, and now also gives you access to premium content directly within Lightworks. And all royalty free!

Users can now browse a music selection provided by Audio Network in Lightworks and stream MP3 audio files directly over their sequence, add search criteria that best suit their requirements and then register or sign in to purchase directly. They can also benefit from Pond5’s library of royalty-free HD and 4K stock video that can also be accessed directly from the timeline. Stream and import low res proxy files (watermarked) then insert them directly into video sequence. Once happy with the music or video choice, the full quality content is then downloaded and available within the project.

The first Beta of version 14.0.0 on Windows, Linux and Mac OS X is now available to download! The final release of Lightworks 14 is expected to be available mid January 2017. 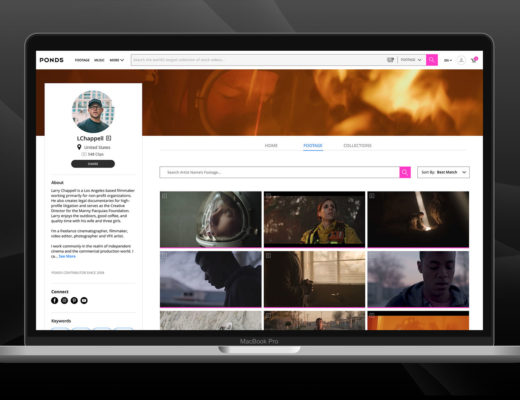 Breaking the mold of the traditional stock model, Pond5 is empowering artists with new tools to showcase their work...