The Non-Linear Editor from EditShare for Mac, Windows and Linux, has a free version for users that only need to work at 720p. 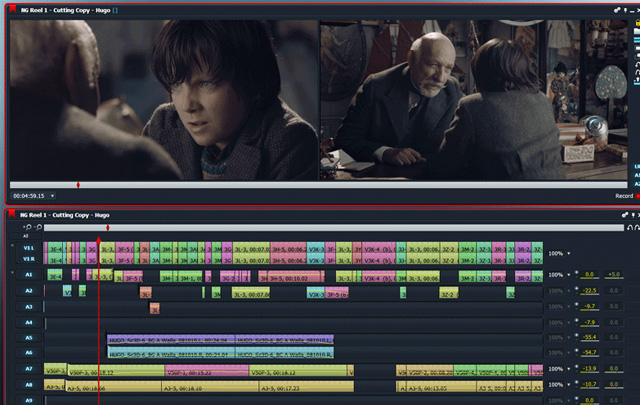 A non-linear editor system praised by many of Hollywood’s top names, Lightworks is not on the top list of video editors, but that does not stop the creators from investing in a program that is popular in Windows and now can claim to be the first offering versions for Mac, Windows and Linux. Furthermore, there are recent public beta versions of the program to download, for the different platforms. So, why not give it a try?

Lightworks, claim the creators, is a “full-featured editor with all the power, performance and features you would expect, with support for all major professional broadcast formats from SD, HD, 2K and Red 4K files.” The people at EditShare, the company responsible for the program, “believe that to make great work, you need great tools. And editing is no exception. Our mission is to give everybody access to the most affordable professional non-linear video editor available. Offering the same tools that professionals around the world have been using every day for the last 20 years to edit feature films, dramas, news and sports. Lightworks gives you everything you need to make your next movie look great!” 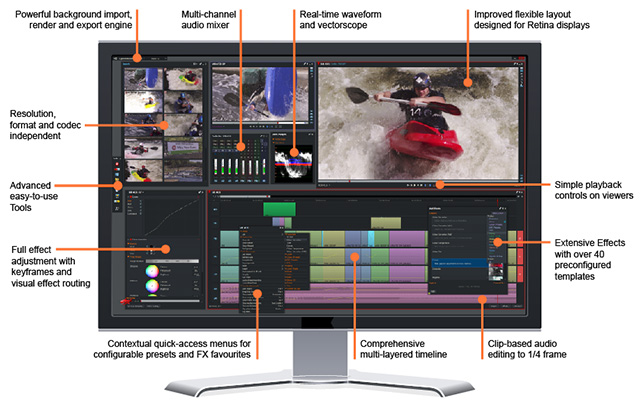 The professional editor for everyone, that’s how Lightworks wants to be known. The  fact that some of the finest films of the past 20 years have been edited with Lightworks, and some Oscar-winning editors around the world use it every day may be significant, I believe. The list of famous Lightworks editors includes: Jill Bilcock (Moulin Rouge, Romeo & Juliet), Tariq Anwar (Revolutionary Road, The King’s Speech), Sally Menke (Pulp Fiction), Peter Honess (L.A. Confidential – for which he won a BAFTA) and UK editor Chris Gill (28 Days Later and Centurion). Multi-Oscar-winner Thelma Schoonmaker and her team (Hugo 3D, The Departed, Gangs of New York, and the acclaimed thriller Shutter Island) used Lightworks for Martin Scorsese’s  film “The Wolf of Wall Street” with Leonardo DiCaprio.

Lightworks comes in two flavours: a professional and a FREE (yes, you read it well) edition. The Lightworks Pro includes support for Blackmagic, AJA and Matrox hardware I/O. Project Sharing, enabling groups of editors to all work and collaborate together within their networked environment. Export to all broadcast mastering formats such Avid DNxHD, Panasonic and Sony Formats, AVCHD, MOV, MXF, AVI. Interchange with other applications (AVID, Protools, FCP, Resolve) with AAF, OMF, EDL and Film Cutting Lists. You can even export to a distribution format MPEG-4 (Web, YouTube and Vimeo) at a maximum resolution of 1080p or to DVD and Blu-ray.

Lightworks Free is the zero-cost version of Lightworks, and it is available for everyone. Lightworks Free has all the power of Lightworks, although it has a limitation: you can only to export only to MPEG-4 (Web, YouTube and Vimeo) at a maximum resolution of 720p. If that’s enough for you, you can download the program and start using it right away. Lightworks Free users can now download the 64 bit version, which was previously limited to Pro users. The Free version now also comes with a 30 day Pro Trial period. Maybe after exploring it for a while you will decide to go further and buy the Pro version.

Visit Lightworks page to know more about the product.