From LED lighting to lighting by LED video walls, time and tech has changed

There, now we’ve established what we’re talking about because if there was ever an example of a particular production technique being closely associated with a particular production, LED video walls and the latest incarnation of Star Wars are it. Of course, people have been doing similar things for a while; back projection dates to 1930 and has been used ever since, but only recently has it become plausible to actually light shots with a video image.

Let’s be clear: this is a great and promising technology. Early attempts at projection often only look great in their historical context, though consider Aliens which, through deft application of physical effects, made back projection so seamless that it’s occasionally possible to miss the trick even with a modern eye. The prototypical example in modern practice is the sky-house set built for Oblivion, which boasted diaphanous flowing gauze and sufficient reflective surfaces to make the average compositor curl up in the fetal position, mumbling about the horror. Having a real (in that case front) projected image solves a lot of problems.

People already making a living via the modern, LED-based incarnation of the same thing will already be lunging for the comments section to tell us just how unlike historical back projection LED video walls are. One key advantage is that they’re fairly flat, not requiring an enormous projection volume in front or behind, though they’re also alarmingly heavy compared to a projection screen. What’s really exciting for everyone right now, though, is that they’re capable of amazing contrast. Foggy blacks are often a giveaway of projection in historical practice, and LEDs are often also bright enough to actually light the scene. With that idea, though, we’ll have LED lighting manufacturers leaping for their keyboards in a fit of foaming consternation, because – well – it’s complicated.

In the same year as Oblivion’s back projection, Gravity used LED video wall sections purely as lighting devices. It worked.

At the time, they lacked the resolution for use as a backdrop, but once that improved, using them for both lighting and display was a pretty obvious move. Now, with LED video stages springing up all over the world, it’s common for directors of photography to ask for simple solid shapes to be inserted into (off-camera) areas of the video wall to create light for the scene. All of this been used to great effect.

So what’s the problem?

Well, let’s think about this in the context of recent developments in mainstream LED lighting. Huge care is taken to create full-spectrum light that doesn’t cause colour problems, particularly when it’s used to illuminate very saturated colours in production design. White-emitting light sources invariably use phosphor-converted emitters, where a blue LED is used to illuminate a yellow-emitting phosphor. The light created by that phosphor includes a wide range of wavelengths, a broad spectrum, so it can happily light more or less anything.

Absolutely no LED lighting manufacturer working in film and TV would use a combination of non-phosphor-converted red, green and blue LEDs alone to create white light, because there would be huge gaps in the spectrum between where those fairly-monochromatic red, green and blue LEDs emit. Try to illuminate, say, a very saturated teal or orange object, and the results might not be to anyone’s liking.

And that’s exactly what most LED video wall do.

Now we have yet another group of people waving their arms in objection, because anyone who’s worked on this sort of shoot will be aware that there will inevitably be a box of tricks involved somewhere which can tweak the colour behaviour of the video display. That’s true, but we can’t adjust out the problems we’re discussing here. We can make an apparently-white light look white when it’s illuminating a white (or at least colourless) object. We can’t make a light that contains no teal illuminate a teal-painted object properly by adjusting the balance of red, green and blue it contains, any more than we can make a red light green by putting a green filter in front of it. 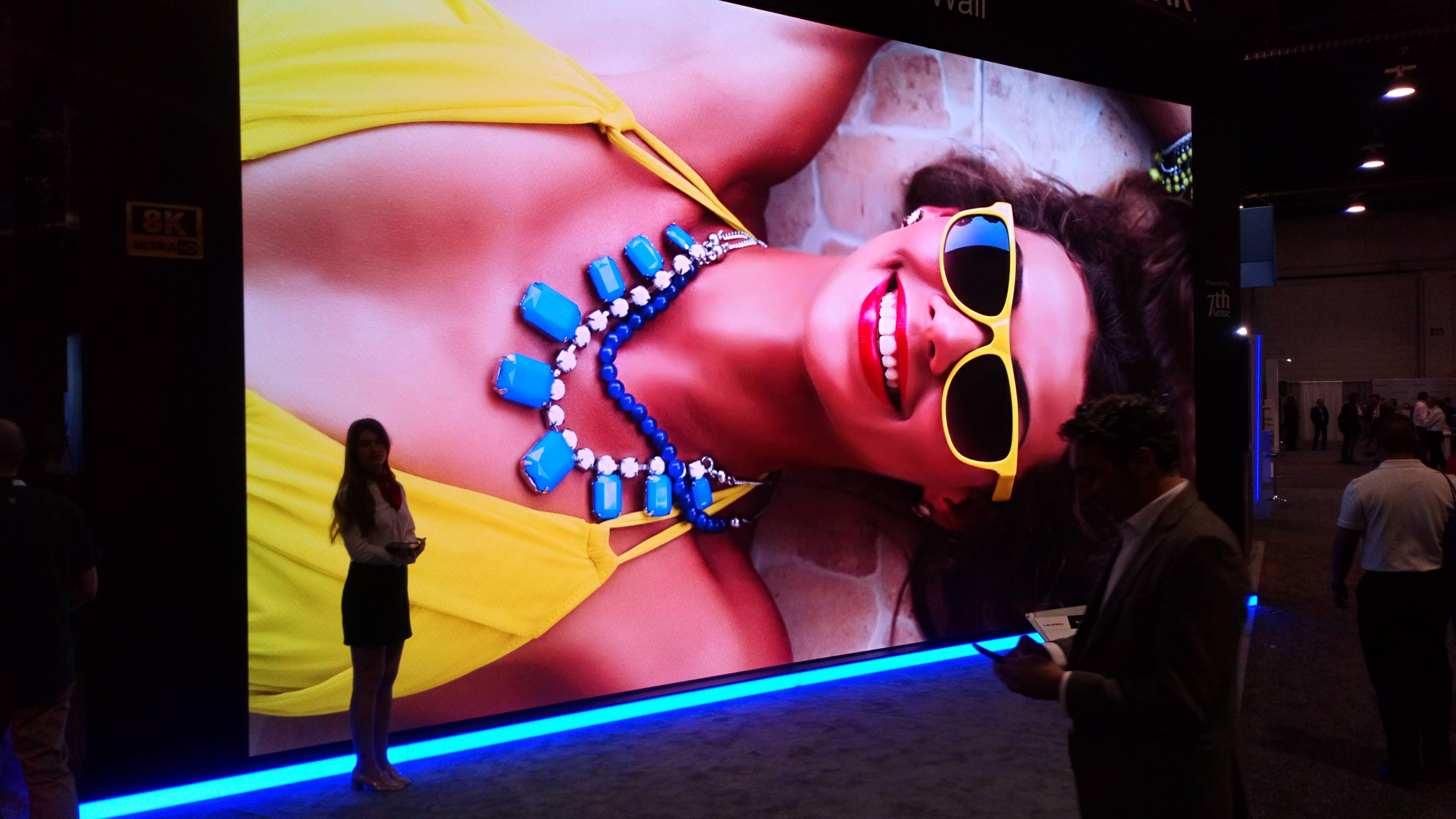 In the end, with careful nurturing, video wall lighting mostly works in the same way that even quite bad LED lighting devices mostly work, until we hit a corner case. Colour isn’t necessarily the only issue; the pulse-width control used on some LED panels can also create issues with segmented motion blur, even when everything is synchronised. In the end, it’s a hugely popular and effective technique about which we’re likely to talk again. Still, if we’re going to jump in with both feet and perhaps derive large amounts of the lighting for any given show from LED video walls, then it’s as well to be aware of the potential issues.