The secret to getting better shadows, bevels, and glows. 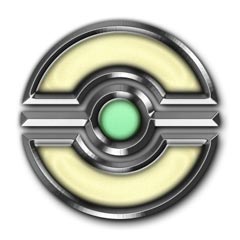 Adobe After Effects has long featured Drop Shadow, Bevel Alpha, and Glow effects, as well as various ways to fill layers with colors or gradients. However, they’re hardly the fanciest options available. Meanwhile, Adobe Photoshop has long featured a powerful Layer Styles module, which includes far fancier shadows, bevels, glows, and fills, which allow you to create more photorealistic effects such as the badge shown at left.

What not many users realize is that there has long been a back door to get some of those Photoshop layer effects into After Effects. And even fewer realize that After Effects CS3 includes support for virtually the entire Photoshop Layer Styles engine. We’d like to let you in on these well-kept secrets.

After Effects 7 and before

Previously, Layer Styles were not supported directly inside After Effects. To expose them, you had to create a file in Photoshop which used Layer Styles, and then import that file as a composition (if you imported it as a flattened file, the styles would be pre-rendered into the result). Only the bevel, emboss, glow, and shadow layer effects were supported; fills, gradients, and the such were lost.

Simpler layer effects were supported by automatically adding a special plug-in effect to the layer in After Effects; some more complex looks required a combination of effects and nested compositions to recreate, as the special Photoshop layer effects would not render the original layer – just the effect itself (such as just the shadow or just the glow).

These layer effects were, in some cases, more powerful than their After Effects equivalents; others (such as Outer Glow, shown at right) were easier to use – but none were directly accessible from the Effect menu in After Effects. The trick was to import a file that used them, and then save off these special effects as Animation Presets which you could then recall and reuse later.

An important addition to After Effects CS3 was direct support for Photoshop Layer Styles. Merely select a layer, and then choose Layer > Layer Styles and then the layer effect you desired, including the previously-unavailable Stroke, Gradient Overlay, and Color Overlay. A much more complex set of parameters were also presented for each layer effect.

Photoshop Layer Style effects work differently than normal plug-in effects. For one, you cannot edit them in the Effect Controls panel; you must reveal them in the Timeline panel (as shown at right). Here are a few other issues to be aware of:

Another big gotcha is that there is currently no way to load Layer Style ASL files. Instead, you will have to load your styles into Photoshop, apply them to a dummy layer, import that layer into After Effects, then copy and paste the style to your desired layer. Note that you can then save the Layer Styles as Animation Presets.

An example of a logo created by Andrew Heimbold of Reality Check using Photoshop Layer Styles. These styles are now supported directly in After Effects CS3.

At a minimum, whenever you need to add a shadow, bevel, or glow to a layer in After Effects, try a Layer Style instead; they’re more powerful. But if you’re willing to spend a little more time, you can create some excellent metal, glass, and plastic effects.

There is a wealth of styles available on Adobe Exchange. Note that most Layer Styles have been created for print work, which often has a larger file dimension than video work; if needed, use Layer > Layer Styles > Scale Effects in Photoshop before moving to After Effects.

The After Effects CS3 help file contains less information on Layer Styles than the Photoshop help file. If you have Photoshop CS3 installed, you are better off opening its own help file, then following the links for Layers > Layer effects and styles > Layer style options.