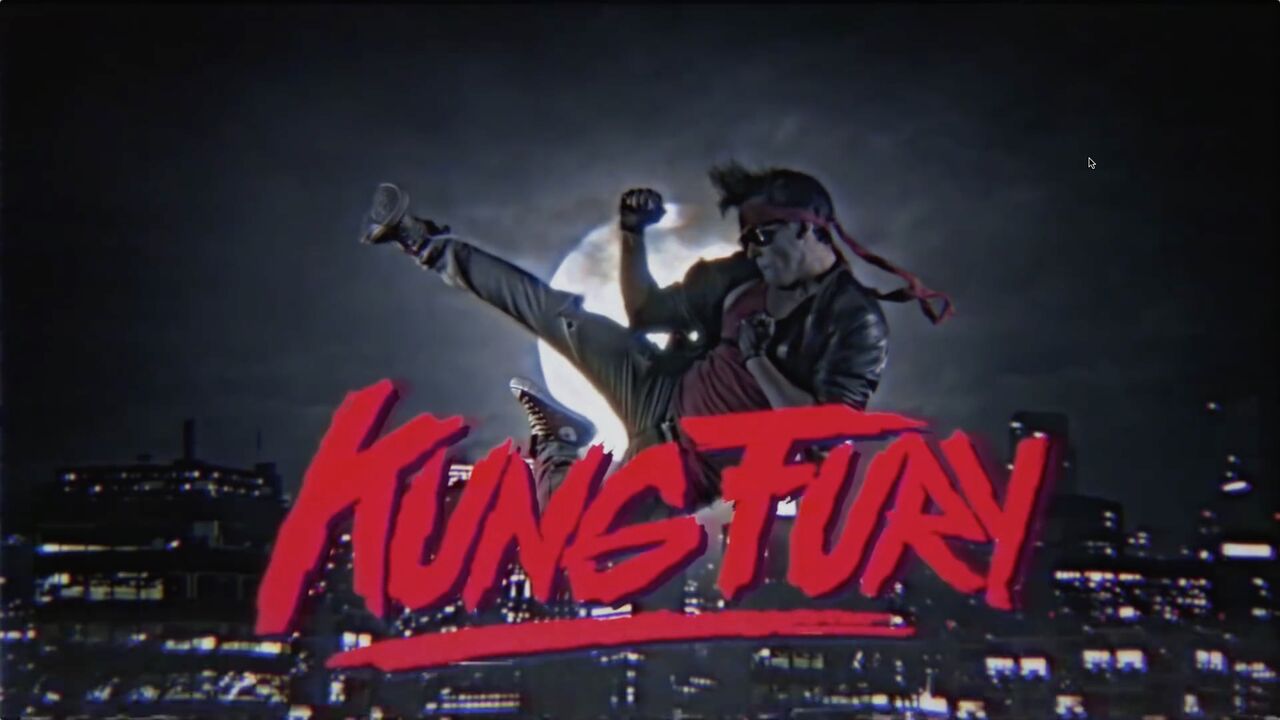 Kung Fury has been available to the public for a little over two weeks, and the 30-minute long 80s-nostalgic action film has already garnered over 16 million views on YouTube. It made IMDb’s Top 500 list almost instantaneously. The accompanying game, Kung Fury: Street Rage, is dominating both Apple and Android’s app charts. Kung Fury clothing, posters and soundtracks are selling out fast. Fans have started tattooing the film’s star/concept mastermind David Sandberg on their bodies.

It has gone viral.

“We talked to YouTube, and they had never seen a half hour film get that many views so quickly,” says David, who founded the production company Laser Unicorns, under which Kung Fury took off. “I did commercials and music videos before, and I started as a VFX artist, but this is the first time I’ve ever done something like this.”

Kung Fury’s incredible success stems from its equally incredible visual effects. With flying cars, explosions, half-dinosaur cops, time travel through alternate dimensions and lightning-wielding Greek gods, many of the film’s scenes are created almost entirely with CGI and greenscreens. And with the help of Red Giant plugins, David was able to bring the past, present and future to one screen at one time – with a little extra kung fu action along the way. 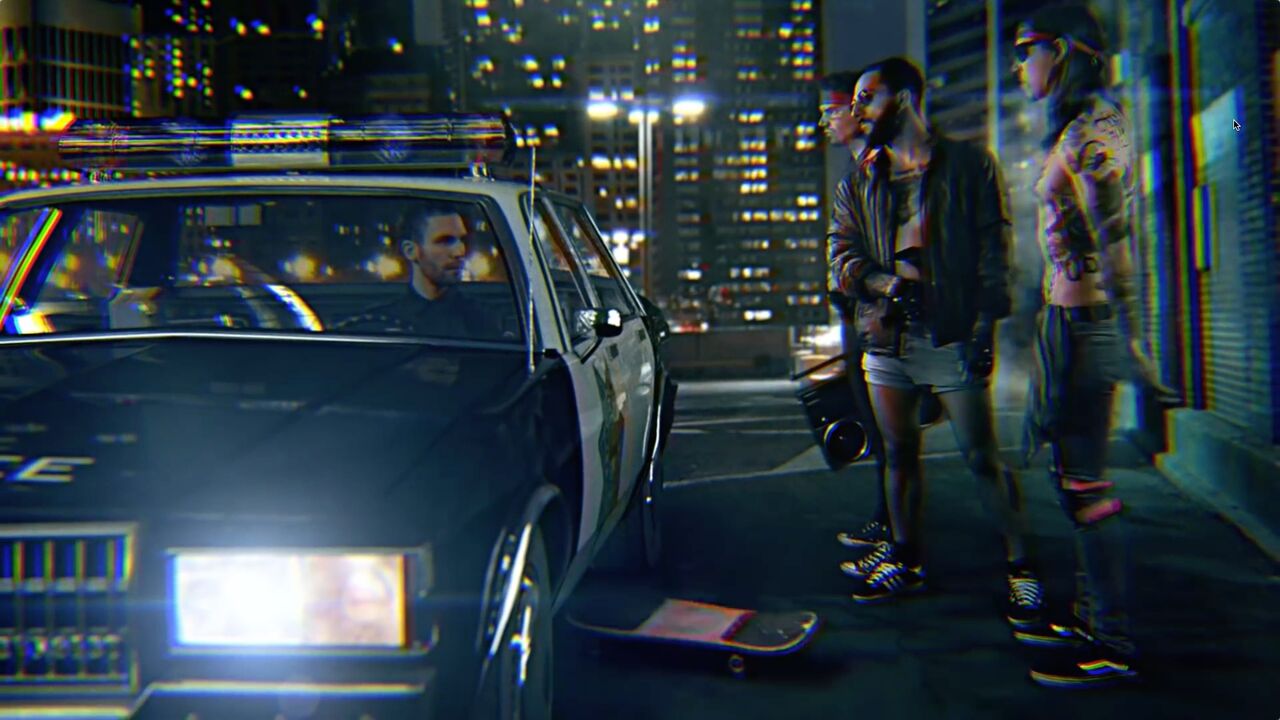 David began thinking about Kung Fury four years ago on a much smaller scale. He and a friend dressed up in 80s-style clothing and made up an intro a la “Miami Vice” for a video they planned to share on YouTube. It turned out so well that he decided to put even more effort into the project. With a wild leap of faith, he quit his directing job and began writing a script with the thought that he would do all visual effects himself. After working on Kung Fury for two years, spending $5,000 of his own money in the process of shooting guerilla-style with his friends, he realized that it was too ambitious of a project for one person. That’s when he turned to Kickstarter.

Because most of the scenes were shot against a greenscreen, David’s biggest problem was getting the funding to support the massive postproduction work necessary to making Kung Fury look realistic (or in better words, not cheesy). The Kickstarter campaign would support a hired team of seven visual effects artists who would transform the film from a small-scale production to an out-of-this-world experience. David expected the film to be done in six months if he was able to meet his original Kickstarter goal of $200,000. If the campaign somehow managed to raise $1,000,000, he would rewrite Kung Fury into a feature film narrative.

He didn’t expect much.

The Kickstarter campaign to support Kung Fury was launched on December 26, 2013, complete with a film trailer that included all of David’s own visual effects. Within 24 hours of posting, the trailer reached one million views and the nation went wild over kung fu artists, dinosaurs and Vikings. The campaign exceeded its goal of $200,000 the very first day.

“It was so successful – it blew me away,” David says. “People were giving me money and didn’t even know who I was. I had no frame of reference for running a Kickstarter campaign. I’d never acted before. When I started I was like, this is going to be a fun YouTube video. But then it just grew and grew.”

Kung Fury’s production became so well known that celebrities started reaching out to help. American comedy group The Lonely Island contacted David and offered to help out in any way that they could. As a result, Jorma Taccone, a member of the hilarious trio, signed on to play the film’s antagonist Adolf Hitler, AKA Kung Führer. David also met with a handful of other companies who wanted to help – it seemed that everyone had caught Kung Fury fever. 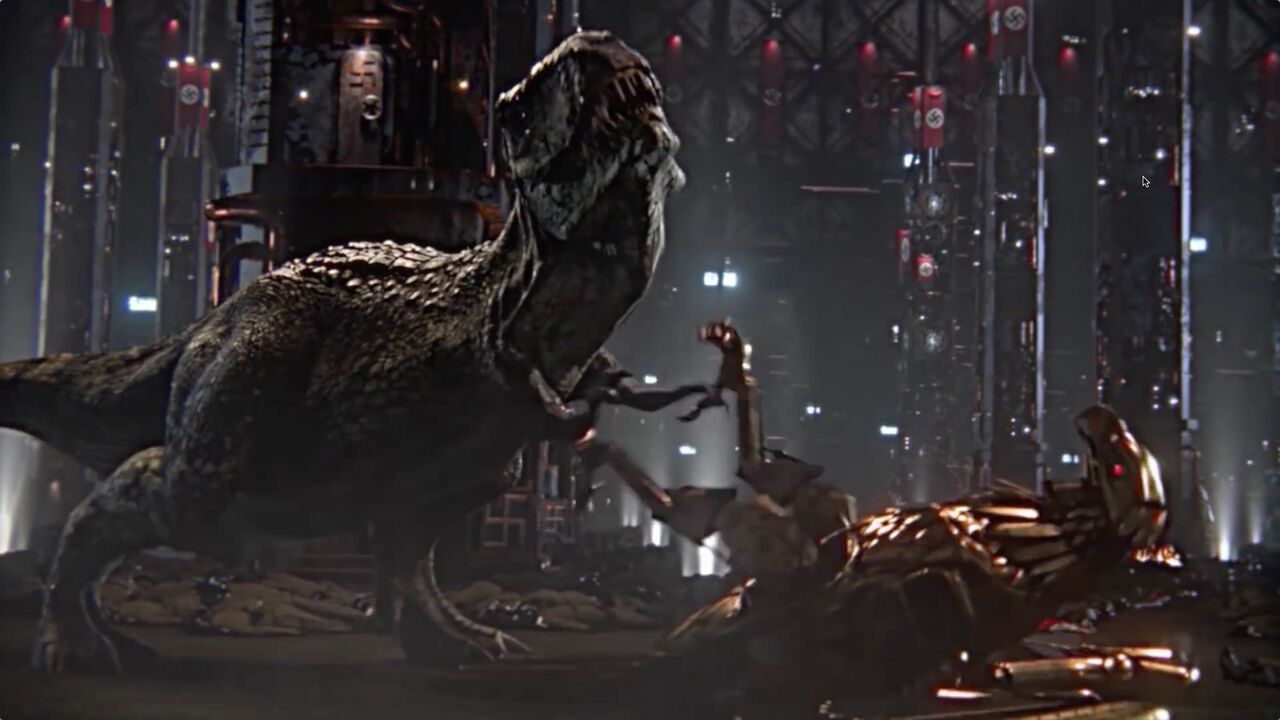 Blasting to the Past with Red Giant

David enlisted in a Swedish digital effects company called Fido for help on the digital effects portion of the postproduction process. His vision included an old VHS look to amp up the 80s style of the film, but his original attempts took much too long and they looked too perfect to be real, lacking that unique look that makes 80s film and television strike a nostalgic chord in all of us. Then, a friend showed him Red Giant Universe’s VHS plugin.

“We saved so much time,” he says. “The VHS plugin was a heaven send for me. It looks exactly like VHS, like you recorded it off of a VHS player, and I was so impressed by that. A lot of effects try to emulate something and it looks so physical, but Red Giant did a great job of making their effects seem real. When we used it on the David Hasselhoff video, people really thought it was from the 80s.”

David also used Red Giant’s Magic Bullet Suite for nearly every shot he worked on. All of the Viking shots (minus Fido’s incredible laser raptor), the 3D animation factors, compositing and trailer shots were Laser Unicorn originals, and Magic Bullet effects helped pull them all together.

“It was so easy to use,” says David. “They’re great time savers. When I did effects before it took about a half hour or more for each shot. We used it on most of the other shots, too. Sometimes it would be in flex – 50% Red Giant, 50% manually, or 75% Red Giant and then 35% of another look, but these tools were used on pretty much all of the shots. When I was going through the final cut of the film and trying to make everything match, I used Red Giant a lot to even out the look.” 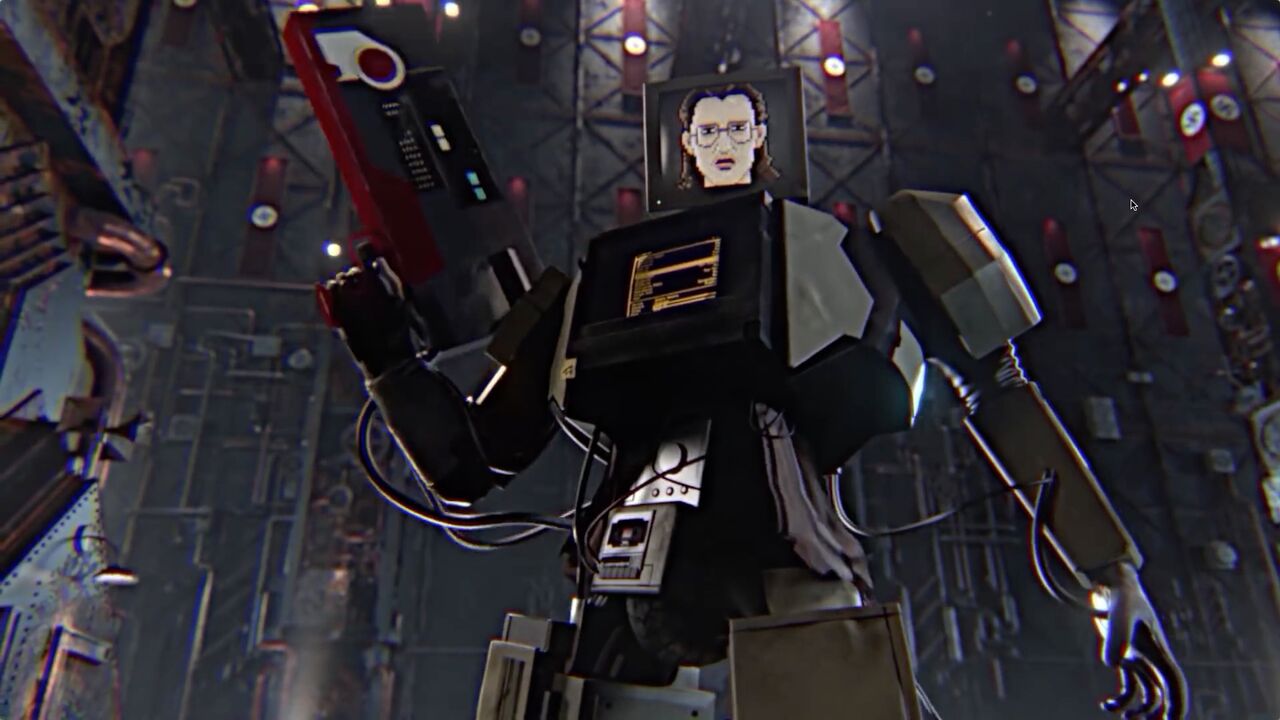 Flash Forward to the Future

In an era where the average internet attention span is no more than five seconds, Kung Fury managed to pull an entire demographic in and take them through time – from prehistoric to the future – with massive enthusiasm. Even though it currently lives on YouTube, its professional, mind-blowing visual effects give Kung Fury an urgency that belongs on the big screen, where hopefully it will soon make its feature film length debut.

“It was the best decision,” David says of making his Kung Fury passion project a YouTube hit. “A big payoff.” 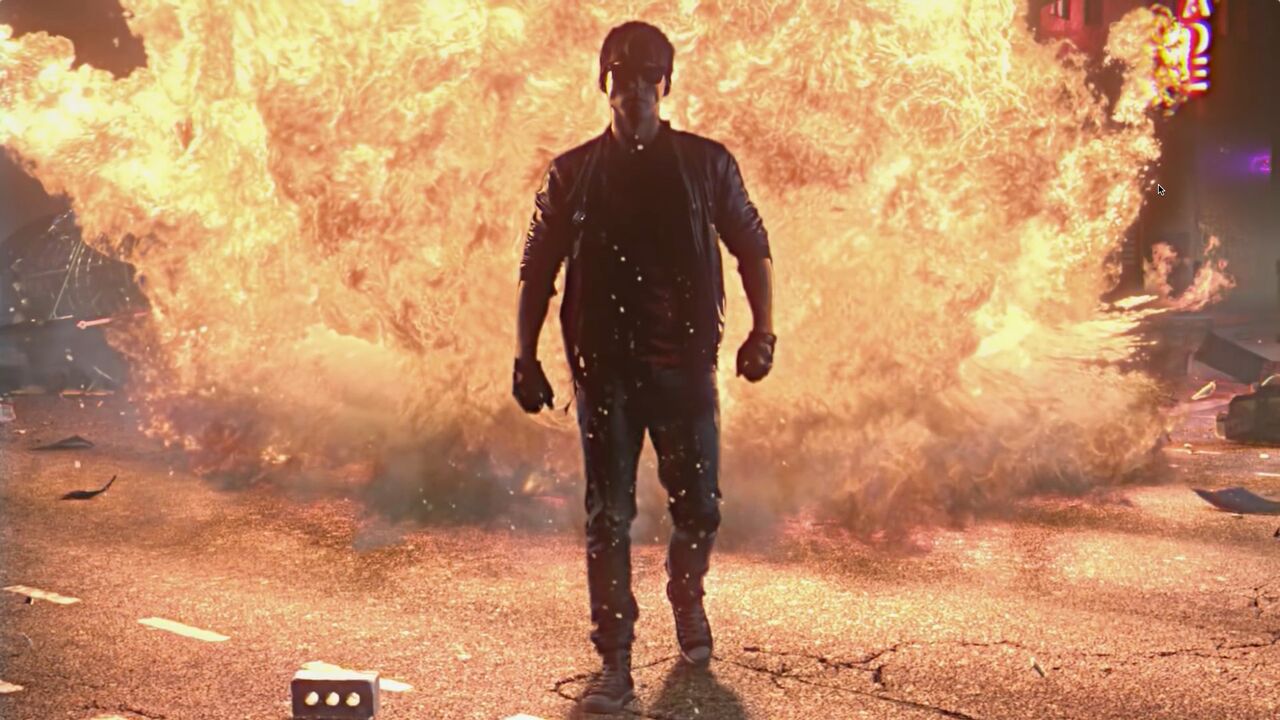 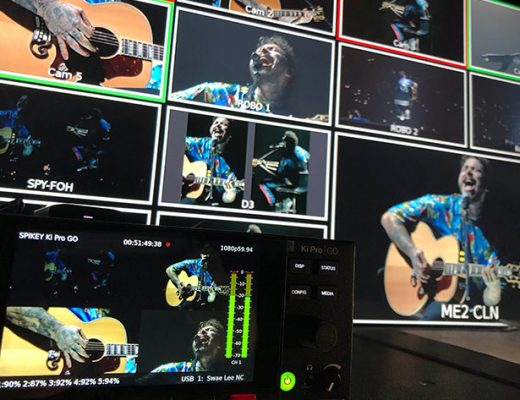 Superstar concerts today are high-tech events, with a visual feast of video, lights, sound and even pyrotechnics, and all...