The announcement of the acquisition of Clairmont Camera by Keslow Camera is not business as usual. The new kids on the block want to expand keeping in touch with the tradition that made Clairmont Camera what it is. 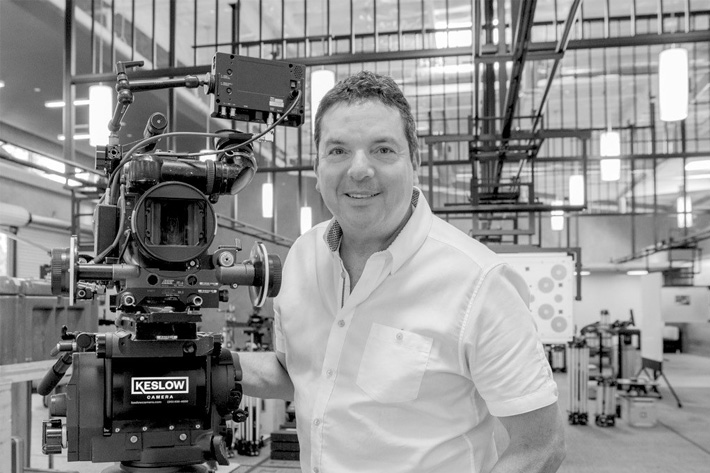 Keslow Camera’s acquisition of Clairmont Camera represents the passing of the torch, as Denny Clairmont retires,  confident the buyer is the right company to honor his heritage and vision.

The announcement of the acquisition comes with another one: the founder of Clairmont Cameras, one of the industry’s most respected talents in front and behind the camera, announced his retirement. Denny Clairmont, along with his brother, Terry, established one of the world’s most prestigious movie equipment and camera rental companies in 1976. In 2011, Clairmont received the John A. Bonner Medal of Commendation from the Academy of Motion Picture Arts and Sciences (AMPAS), awarded by the Academy Board of Governors upon the recommendation of the Scientific and Technical Awards Committee.  The Medal honors outstanding service and dedication in upholding the high standards of the Academy.

Clairmont and Ken Robings won a Technical Achievement Award from the Society of Camera Operators (SOC) for the lens perspective system, and Clairmont has won two Emmys from the Academy of Television Arts and Sciences for his role in the development of special lens systems. These innovative solutions will immediately be available to Keslow Camera customers.

On the business side, the acquisition, which is is expected to be complete on or before August 4, means that Keslow Camera, the largest privately held motion picture camera equipment rental house in North America,  will expand its business to Vancouver and Toronto, where Clairmont Camera had its operations. The move will more than quadruple Keslow Camera’s anamorphic and vintage lens inventory, and add a substantial range of custom camera equipment to the company’s extensive portfolio.

Keslow Camera will retain the talented support staff and experienced team of Clairmont’s Vancouver and Toronto facilities, who have been offering professional digital and film cameras, lenses and accessories to the filmmaking community in the region since the 1980s. All operations within California will eventually be consolidated to Keslow Camera’s headquarters in Culver City.

There is, though, another human aspect to consider on this acquisition. For company founder and CEO Robert Keslow, “This acquisition perfectly aligns with Keslow Camera’s mission – to never stop growing, never stop learning, and never stop improving. The expansion into the two busiest Canadian markets delivers on our clients’ ongoing requests for us to service them in more areas of the world.” 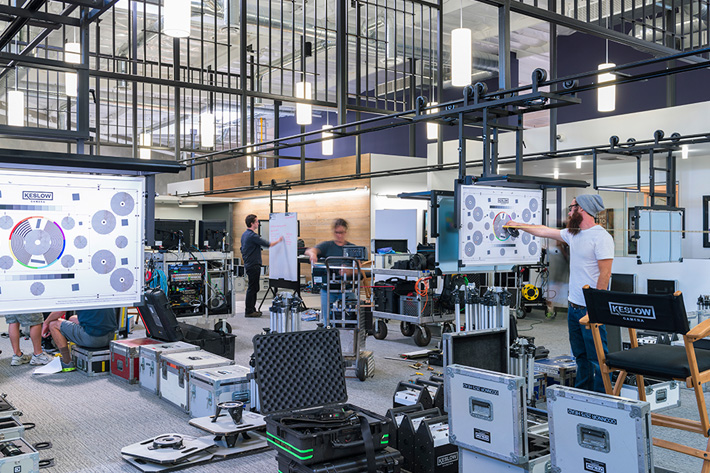 Clairmont notes that this deal also serves as his endorsement. “Clairmont Camera is my life’s work and I never stopped searching for innovative ways to serve our clients. I have long respected Robert Keslow and the team at Keslow Camera for their integrity, quality of management, best-in-class customer service, and successful performance. I am confident they are the right company to honor my heritage and founding vision going forward,” says Clairmont.

“We are honored to have earned Denny Clairmont’s trust, and recognize the work and innovation that he and his great team have brought to the industry over the past 70 years,” added Keslow’s Chief Operating Officer Dennis McDonald. “To be able to offer our personalized level of service in more locations, with a wider range of technology to serve the needs of the creative community, we’re poised to elevate the Keslow experience for current and new customers.”

Since 1990, Keslow Camera has been providing camera equipment for motion picture, television and commercial productions throughout North America and around the globe. Headquartered in Los Angeles, the company also operates from locations in Chicago, Santa Fe, Atlanta and now Toronto and Vancouver. Keslow Camera has earned a reputation among the industry’s creative community for uncompromising service and innovative problem solving on projects of any size. The company’s tireless support of the art and craft of cinematography has resulted in many long-standing relationships with the world’s most talented filmmakers.

The acquisition gives assurance to the customers of Clairmont Camera that the passion from the founders will be kept alive and not jeopardized, as could be the case if the company was sold to a hedge fund or corporation trying to enter the industry without knowing it inside out. The integration in a rental house that has for aim ”to never stop growing, never stop learning, and never stop improving” suggests that the whole experience from Clairmont Camera will not be lost but cherished.

Vazen, a new Chinese cinema lens brand, has unveiled the 85mm T2.8 1.8X anamorphic lens, one of the lightest...