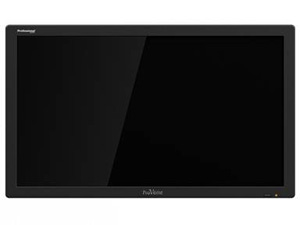 There are two monitors in the series: the 47-inch PS-470W and the 42-inch PS-420W. Both models feature a professional-grade 1920x1080p IPS panel. Designed for horizontal or vertical installation, the Energy Star compliant ProV©rit© monitors offer standard VESA FDMI mounts, as well as carrying handles for easy lifting. An on-board power outlet is ideal for a digital media player or powered speaker, while the remote control and on-screen menus make setup easy.

Headquartered in Wayne, New Jersey, JVC Professional Products Company is a division of JVC Americas Corp., a wholly-owned subsidiary of JVC Kenwood Corporation. JVC is a leading manufacturer and distributor of broadcast and professional video and audio equipment. For further product information, visit JVC’s Web site at http://pro.jvc.com or call (800) 582-5825.