JVC answers my questions about the GY-HM650, i.e. WiFi bands and FTP protocols.

Back in April 2012, I published the article For broadcast news, “Starbucks is the new microwave!” which was a recurring theme at NAB 2012. In that article, I covered proposed uses of several mobile Internet services as substitutes for microwave, and included information from Avid (Interplay Sphere) and JVC’s GY-HM650 news camera with WiFi and FTP. At that time, JVC kindly delayed answering my questions about WiFi bands and FTP/SFTP protocols, and have now responded.

Link to prior article 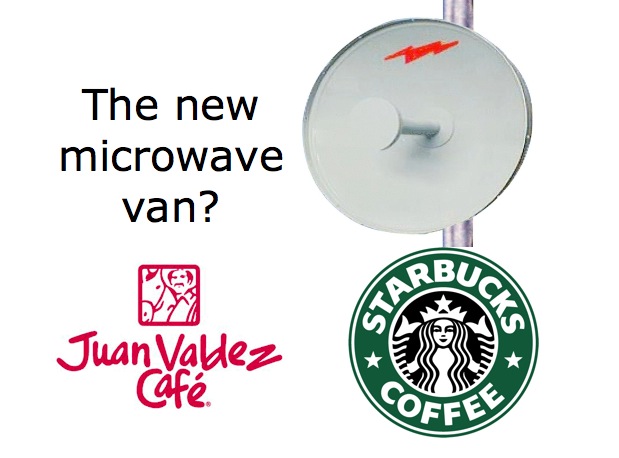 Click here for the 2012 article For broadcast news, “Starbucks is the new microwave!” 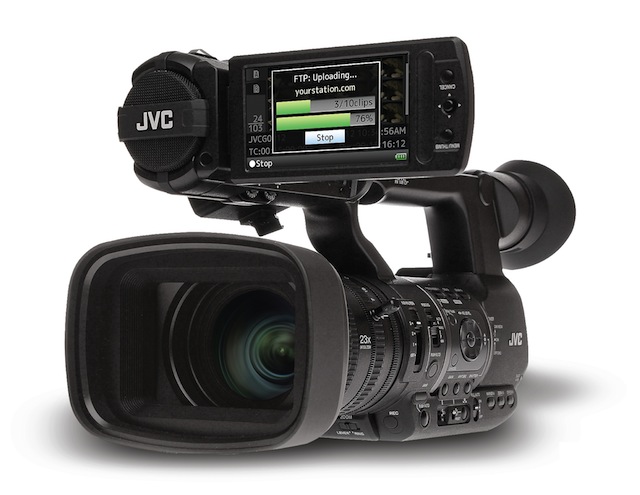 At NAB 2012, JVC announced its new GY-HM650 news camera with WiFi + FTP. The premise is that you upload unedited footage (files) directly from the camera to the FTP server, and then they either edit it at the station or you access the uploaded raw footage and use any cloud-based editing solution to edit. (See the prior article for more details about the camera itself.) Any ProVideo Coalition magazine reader who remembers my 2009 article called SFTP: An open letter to all software developers with FTP-only support knows that I only recommend SFTP (Secure FTP), since with standard FTP, the password travels through the Internet without encryption, so a hacker can easily “sniff” it. So back in April 2012, I contacted David Walton, assistant vice president of marketing communications at JVC Professional Products Company to ask whether the GY-HM650 would support SFTP too (in addition to standard FTP). I also asked him what 802.11 versions the GY-HM650 supported (i.e 802.11a, 802.11b, 802.11g, 802.11n, etc) and what frequency bands (i.e. 2.4 GHz, 5 GHz, or both). Within less than 24 hours, Walton replied:

The GY-HM650 is still in development and won’t be available until the end of this year. Not all of the software issues are decided. I don’t believe that the final FTP protocol has been finalized, so it’s too early to address the secure FTP question. We are still testing WiFi modules and therefore cannot answer your 802.11x questions either. I’ll pass your inquiry along to our engineering team who will keep you updated when there’s further information. Thanks for inquiring.

That was in April 2012. Flash forward to January 2013, and things have become more clear.

As it turns out, the WiFi module doesn’t come included with the camera from JVC. This is good, since users of the camera will likely be able to take advantage of future WiFi or other broadband technologies without having the camera hold them back. At publication time of this article, JVC has announced direct support for five different WiFi modules from third parties. Of those five models, two of them fortunately support both 2.4 GHz and 5 GHz. If you have configured WiFi routers in an apartment or office building in a major city (as I have countless times), you know that is often impossible to find a free channel among the desired ones in the 2.4 GHz band (channels 1, 6, or 11). So there is a craving to use the 5 GHz band given its larger number of available channels, in addition to the benefits to the 802.11n benefits, which can apply to either of these bands. Of the dual band two modules that JVC has certified, I found one of them to be immediately available. 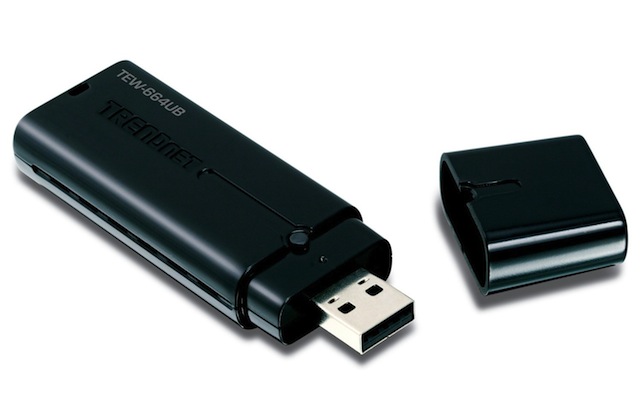 The TEW–664UB from TRENDnet is dual band, is available immediately, and has a street price of under US$39. That’s the good news…

Allan,
The GY-HM650 does not presently support SFTP. We are considering it for a future release.
Dave

In the meantime, be aware that your FTP passwords are traveling unencrypted through the Internet, free for any hacker to “sniff” them.