Conference, produced in partnership with SMPTE, to focus on advances in image and sound

Academy Award and two-time Golden Globe winning producer Jon Landau will keynote NAB Show’s Technology Summit On Cinema on Sunday, April 7 in Las Vegas. The Summit is co-produced by the Society of Motion Picture and Television Engineers (SMPTE), the worldwide leader in motion-imaging standards and education. 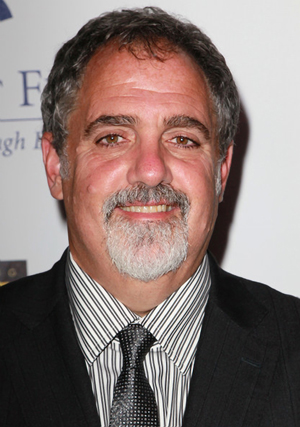 Landau has produced the two highest grossing movies of all-time, “Avatar” and “Titanic.” In addition, he produced Steven Soderbergh's “Solaris,” co-produced Warren Beatty's “Dick Tracy” and “Honey, I Shrunk the Kids.” As executive vice president of feature film production at Twentieth Century Fox in the early 1990s, he supervised production on all major motion pictures, including “Die Hard 2,” “Mrs. Doubtfire,” “True Lies,” “Power Rangers,” “Aliens 3” and “Last of the Mohicans.”

Landau thoroughly understands the most complex state-of-the-art visual effects technologies and has been instrumental in licensing and marketing his films across various global platforms. In addition to producing, Landau pro-actively works with companies and individuals in the entertainment industry to push cinematic technologies to new levels.

Kevin Gage, NAB chief technology officer and head of NAB Labs said, “Jon Landau constantly works to improve the filmmaking process, even after having achieved enormous success. Attendees at NAB Show’s Technology Summit on Cinema will benefit from his knowledge of how cutting-edge technologies enhance the art of storytelling.”

NAB Show and SMPTE’s Technology Summit on Cinema brings together the world’s leading motion-imaging researchers, scientists, practitioners, manufacturers, filmmakers, movie theater operators and other experts focused on advancing the state of the art in cinema. The two-day summit will address critical topics such as the latest on higher-frame-rate cinema, perceptual requirements for higher quality image and sound, new technologies for exhibition and advantages and pitfalls of 3D film conversion.