Virtual Reality (VR) has been going to change the world ever since the 1950s. Each decade heralds the next coming of VR as the technology that is going to transform human experience and take us into the brave new worlds of virtual gaming, virtual sex and virtual human experience. Only somehow, the promised land of real virtuality never seems to arrive and we are left stranded in the mundane worlds of 2D movies, 2D TV and 2D video games. 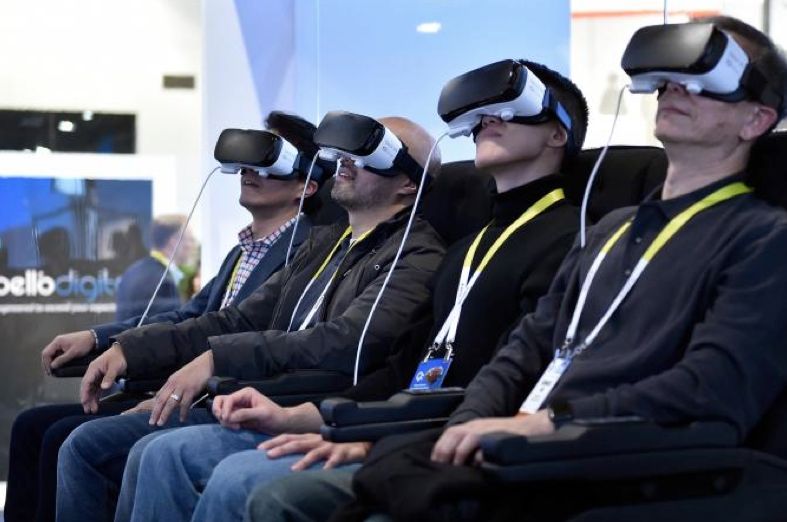 Virtual Reality (VR) has been going to change the world ever since the 1950s. Each decade heralds the next coming of VR as the technology that is going to transform human experience and take us into the brave new worlds of virtual gaming, virtual sex and virtual human experience. Only somehow, the promised land of real virtuality never seems to arrive and we’re left stranded in the mundane worlds of 2D movies, 2D TV and 2D video games.

So why should VR in 2016 be any different than VR in 1996? Isn’t the so called Next Gen VR just another ‘flash in the pan’ like 3D TV? And more importantly, what has VR gaming got to do with production and post professionals struggling with the day-to-day challenges of shooting, editing and finishing narrative content in a world already saturated with too many films, too much TV and way too many YouTube videos?

There are numerous thing to mention around this topic, and that starts with a not so little company called Facebook purchasing a very little company called Oculus Rift in 2015 for $2 billion dollars and change. That in itself is not remarkable if it were not for a couple of related factors:

Completely separate from such developments, the relentless impact of Moore’s Law continues to reek havoc on all things digital, and by implication, all things related to the modern digital world we live in now. Pick up your smart phone and take a second to think what you have in your hands. That’s more computing power than used to be found in mainframes as large as your house. That device gives you incredible access to people around the globe through the wonder of the Internet and social networks like Twitter, Instagram, Snapchat, YouTube and Facebook.

The mobile, smart phone platform is replacing the PC as the most strategic IT device for human interaction, communication and video content. You can check out Apple, Alphabet and Facebook’s latest financial results to see how important video and mobile are to their revenue streams.

So if we put some of these ingredients into the melting pot and give it a stir, what do we end up with? A perfect storm of Moore’s Law driven technology innovation combined with the largest digital entertainment industry in the world. In other words, video games plus VR plus mobile plus a connected world equals one mega opportunity. 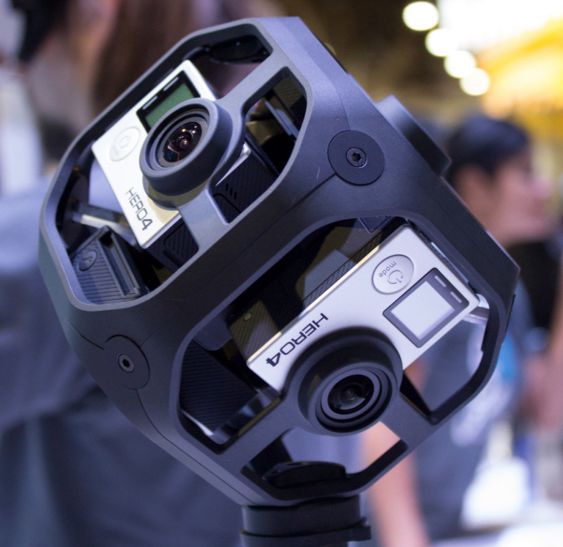 GoPro’s prototype of VR self-syncing camera rig shown at CES 2016. The self-syncing rig will make it easier for filmmakers to stitch together the six separate movie streams into a cohesive 360º panoramic movie.

I can already hear you asking: What’s this got to do with narrative story telling, education, tourism, and sports? The thing is, all new consumer product innovations go through what’s called the ‘product adoption curve’. Essentially this is a Bell shaped distribution graph showing the percentage of people using the technology over time. 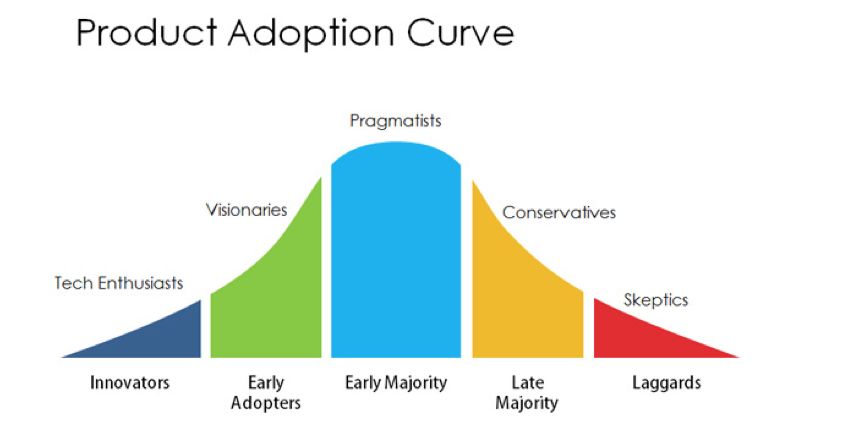 The light blue and yellow sections in the middle of the graph shows where a product has to get to if it’s going to be widely adopted in the consumer market and make money for the company producing it. Most new products don’t make it past the dark blue and green sections. In theory, this graph looks great and for VR to take off, all we have to do is to wait for the 67% of consumers in the middle of the curve to think that “this is a cool thing” and BAM! VR is in every home across the land.

Unfortunately, there’s a kink in this smooth looking mathematical representation called ‘crossing the chasm’. Here’s another, more humorous, version of the PAC chart that shows the point at which most new products fail: 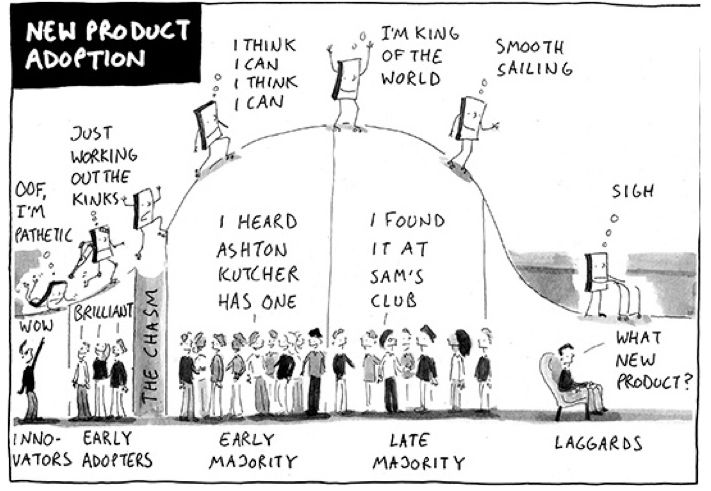 The perils of a product trying to ‘cross the chasm’ between Early Adopters and the Great Majority.

The harsh reality of economic life is that most new products don’t get past the ‘crossing the chasm’ stage. The nerds and geeks all hear about the latest and greatest gadget, swear blind that it’s going to change the world only to be greatly disappointed when the product doesn’t turn up in their local Best Buy. ‘Ma and pa’ continue to scratch their heads in puzzlement when Geek Boy tries to explain how Gadget XYZ is going to save the planet and make the world a better place for their children and their children’s children.

The answer to that question lies in the power of WAF. WAF, I hear you ask? That stands for the all important Wife Acceptance Factor. 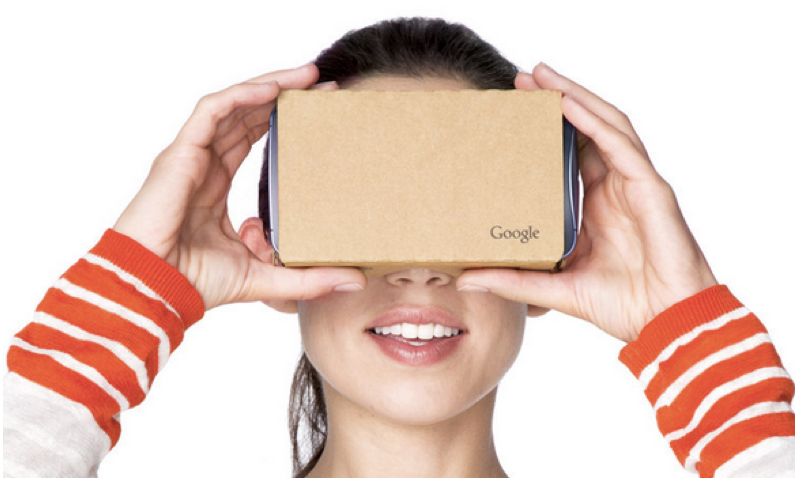 Google’s Cardboard VR Head Mounted Display – costs between $10 and $20 and works with most smart phones.

Well, for one thing it’s not so dependent on WAF. Sure, Mom is going to have some say on whether her pimply faced sons (and daughters for that matter) are going to go out and splurge $600 on the latest and greatest HMD (Head Mounted Display) to attach to their video gaming PCs, but already the huge market for video games and consoles shows that many homes are prepared to spend substantial cash to let Johnny and Mary (and most probably Dad as well) download the latest video game from the big publishers and devote plenty of time to the most widespread form of digital entertainment on the planet.

As well as having the PC and console gaming community help drive the VR adoption curve, we’ll also have this other market driver called ‘mobile computing and smart phones’. One of the really clever things that Oculus Rift did very early on in the company’s development (well before Facebook purchased them) was to team up with Samsung and do a tech swap. Oculus supplied the software and Samsung provided the OLED screens that were embedded in DK 1 and DK2 (Development Kits – the prototype headset that Oculus sold to software developers to get them started on VR game development). Then Samsung made a very smart move, as they came out with their own Gear VR HMD. It wasn’t quite as powerful as the tethered Oculus PC headset, it nonetheless delivered a fairly impressive and immersive VR experience through a smart phone (a Samsung Galaxy smart phone to be precise) at very affordable price (assuming you already have the right smartphone in your back pocket).

So now the ‘perfect storm’ starts to gather momentum. Oculus Rift gets purchased by Facebook who then recruits some really experienced, leading edge engineers and pumps serious R&D dollars into turning Oculus into a viable delivery platform for VR gaming. Samsung starts pushing their smart phone VR headsets and Milk VR portal and then, a little company called Google introduces a $10 to $20 HMD version called Google Cardboard that will play back VR content from any smart phone inserted into it. Plus, YouTube introduces a 360Video Channel that enables 360° videos to be viewed on a Chrome browser for free. Sony has also announced that their Morpheus head set will work with PlayStation VR. 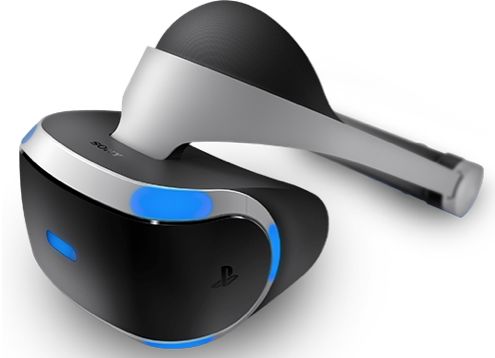 Sony’s Playstation 4 VR with Morpheus headset. There are approximately 36 million PS4 units out in the world.

Suddenly, the Boss is surrounded on all sides by VR toting desperadoes who are hell bent on disrupting the status quo of her living room. Can she hold out? Can she stop the onslaught? Can she drive the VR stage wagon into the Chasm of No Return? I personally doubt it, and at this point she might not even want to. The combination of video gaming, mobile video and YouTube360 might be the unstoppable force that carries VR over the chasm and into wide scale adoption.

If that’s a correct assumption (and we probably won’t know for sure until CES 2017) then where does that leave non-gaming VR? To me, that’s the really interesting question. What does the future hold for other forms of VR entertainment like Cinematic VR, education and immersive journalism? Without VR gaming leading the charge, I think the short answer to that question is going to be a loud and resounding, ‘Nowhere!’ People will say that it won’t happen, and claim that VR in 2016 will be just another flash in the pan of failed geek products.

But if video gaming VR crosses the chasm and non-gaming VR clings tightly to its shirttails then we might have a different scenario. VR narrative story telling and other forms of VR entertainment might have a future. Well known filmmakers like Ridley Scott and Steven Spielberg seem to think so. Both are working with a company called ‘The Virtual Reality Company’ on VR related projects. And if you haven’t heard of the book ‘Ready Player One’ you will come December 2017 when the film of the same name directed by Mr. Spielberg hits movie theaters.

Fox Innovation Lab has developed a multi-platform VR experience for both Oculus Rift and HTC Vive headsets based around Ridley Scott’s movie The Martian. The Lab created a compelling immersive VR experience based on Matt Damon’s character which takes players onto the surface of Mars to see for themselves what it’s like to be ‘lost in space.’

Exactly what kind of a future will Next Gen VR hold and who will be the major players? What technologies and workflows will be developed to make the promise of VR a reality (pun intended – sorry). We’ll be answering some of those questions in more detail in future articles. I’ll be focusing on the challenges of Cinematic VR for narrative production and post as we get into topics like… 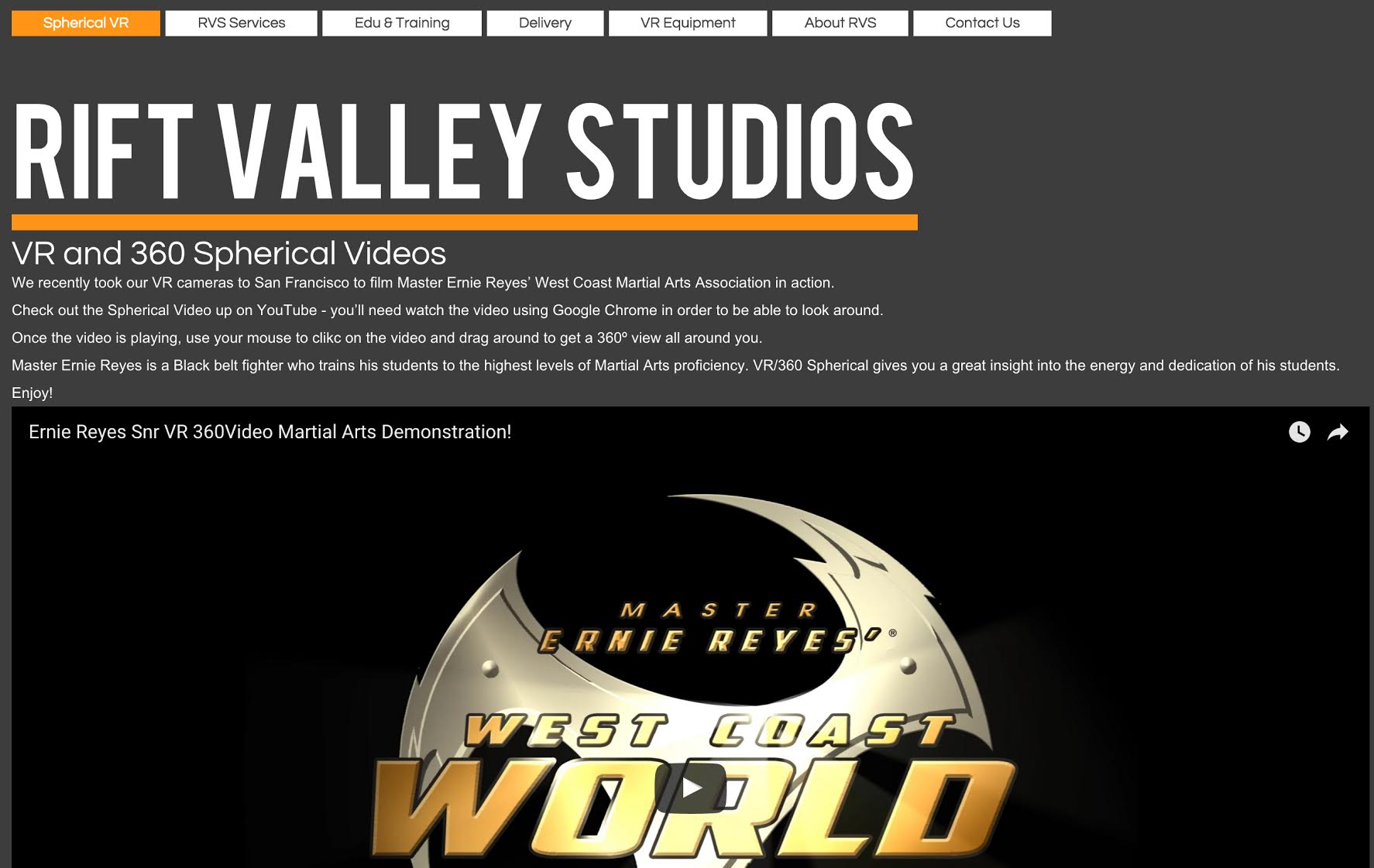 In the meantime, I’d love to hear your reactions as to whether you think Next Gen VR is another ‘flash in the pan’ or it’s here to stay, as well as what sort of relevance you think virtual reality has to narrative story telling and other forms of non-gaming media.

Neil Smith is CVO (Chief Visionary Officer) at Rift Valley Studios based in Los Angeles, California. Having already been involved with VR IT projects during the 1980s, it was only natural that his interest in Next Gen VR technology started to bubble up as soon as he was able to experiment with optimizing the production and post processes involved in shooting, stitching and delivering VR content. You can see and hear plenty more from him if you tune in to his Introduction to VR & 360° webinar presentation, which has been broken up into three parts. Part 1 is an introduction to the tools and technology, Part 2 covers logistics and Part 3 focuses on finishing and delivering a final VR project.