At Photokina 2014 Canon may announce a new type of sensor, based on the Foveon concept of multiple layers, like colour film. 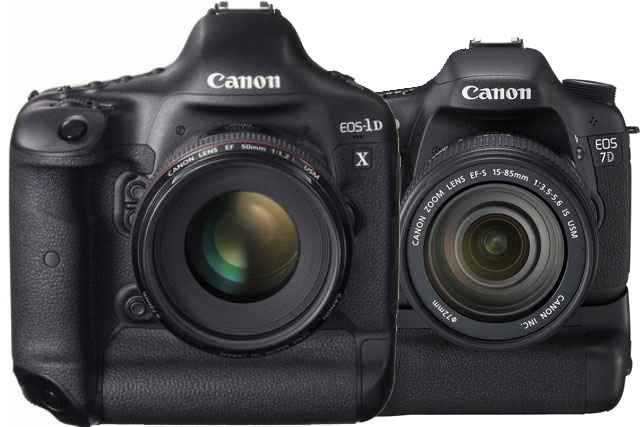 The camera to substitute the EOS 7D will have a new type of sensor, radically different from those in use, some say, something also expected for the Canon top of the line DSLR. Could these be Foveon sensors?

The rumor is not really new, and the idea of someone besides Foveon having this type of sensor has been on for some time. Although praised by many, the Foveon type sensor, associated with Sigma cameras, did not become an industry standard, even if the technology was first applied in a commercial camera in 2002: the Sigma SD9, the first digital SLR to use the Foveon 3X sensor.

There has always been some controversy about the number of effective pixels the Foveon X3 sensor offers. When Sigma launched the SD10, their second DSLR with this type of sensor, they announced the camera has having 10.2 millions of pixels, although the result obtained from the 2268×1512 pixels size of the sensor would suggest somewhere around 3.4 millions of pixels. It was a marketing decision based on the assumption that the number of pixels from each of the three layers should count, so the 3.4MP from one layer should be multiplied by 3, for a total of 10.2 MP. This meant that although, for example, the Canon EOS 40D had 3888 × 2592 pixels, for a total of 10.1 MP, the smaller sized sensor in the SD10, with 2268×1512 pixels, should be accounted for as having a resolution of 10.2 MP.

A discussion about  effective pixel count and of both system types can carry on forever, so let's leave it aside. What is important to retain is that there is no absolute agreement about the advantages of Foveon sensors over the more common Bayer filter technology used in sensors. And the fact that in so many years the Bayer filter solution has been on use shows that it has worked well enough for most cameras.

Still, there have been some variations presented, and even implemented. Kodak presented an alternative to the Bayer filter in 2007 but went no further. Fujifilm, on the contrary, has been developing their own Super CCD sensor since 1999, creating better solutions year after year. There's one interesting characteristic on Fujifilm's solution: it is derivative from their experience in film, where they created emulsions with grain of different sensitivities in different layers of the same emulsion.

The Super CCD uses octagonal pixels, which allow for a higher horizontal and vertical resolution. In 2003 Fujifilm introduced a new generation, with two variations: Super CCD HR (High Resolution) and Super CCD SR (Super Dynamic Range). In this second type they use two photodiodes working together, to better capture light information, a solution akin to the one used in some Fujifilm emulsions, years before. The Super CCD evolved in two branches until, in 2008, Fujifilm presented their the Super CCD EXR, combining the advantages of the HR and SR sensor types. This sensor was used in their cameras until 2010. In 2011, inexplicably, Fujifilm dropped the Super CCD and moved on to normal Bayer filter sensors, although applying some of the EXR photodiode concepts . A solution developed through 8 generations and over a decade, praised as able to “capture the moment as naturally as the eye sees it”, became part of the history of the industry.

Fujifilm has now invested in the X-Trans CMOS sensor used on their X line of cameras.  Developed to “fully exploit the exceptional performance of the XF lens series and capture the ultimate image quality” the new sensor takes, again, inspiration from Fujifilm experiences of traditional photographic film. Fujifilm have adopted what they say is “an innovative colour filter array that eliminates the need for an optical low-pass filter. This revolutionary sensor achieves new heights in resolution quality and colour reproduction and delivers brilliant optical performance from every lens.”

So, although the Bayer filter solution is dominant in the market, there seems to be continued research to find other solutions. More than a decade has passed since Foveon appeared in the photographic market, and  although Sigma has not been able to convince people, it seems research and development has been going on at different companies, and Foveon-like sensors may be about to show up. Sony has surely been investigating the area, and they even have various patents for what looks like a three layer sensor. See the latest example following the link to Sony's multiple layer sensor patent, from January 2013.

Canon also has devoted their R&D teams to investigate the area, having patents about multiple layer sensors since 2009, and there's a 2011 patent published early in 2013, about a three layer sensor that may be close to what they are after. In fact, Canon already use a multilayer color sensor since the launch of EOS 7D, to measure light and colour. It's a two layer system with the top layer sensitive to blue/green light and the bottom layer sensitive to green/red light.  Foveon style… 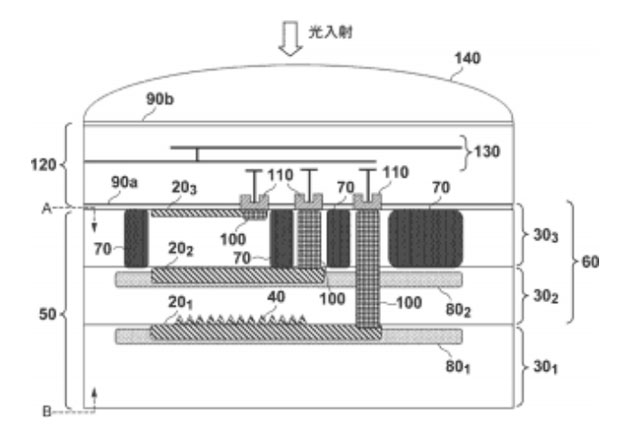 With Photokina some months away, Canon may have something up their sleeve. There are rumours that the new EOS 7D Mark II (this may not be the final name…) has been delayed as it will have a new type of sensor. Could it be a Foveon? Canon is known for testing some new technologies in prosumer cameras before moving them to higher spec models, but is this going to be the case?

Another option  to consider is that the much rumoured 75MP Canon professional camera in the EOS 1D line, is nothing more than a 25MPx3 layer Foveon-like, something that could be interesting. If Canon could sort out all the problems of the Foveon technology, and come out with a sensor offering clean images from a 25MP size sensor, the industry, as a whole, would face a new growing direction, just a little over a decade of digital becoming prevalent in photography.