Available for the DSLRs from Canon, Nikon and Pentax, the Irix 11mm F4.0 comes in two flavours, a trend that seems associated with the brand. This is a manual lens giving users a wider view of the world. 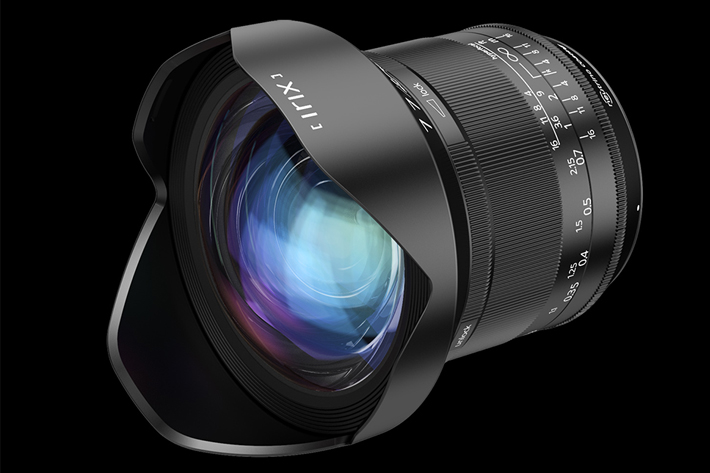 Irix introduced in 2016 its 15mm f/2.4. Now a new wide-angle with the same characteristics and design expands the Irix lines of lenses, Blackstone and Firefly.

One year ago, March 2016, I published here at ProVideo Coalition a note about Irix, under the title “Irix: one lens, two flavours”. The subject of the note was the then announced Irix 15mm f/2.4, presented as a photographer’s dream built by engineers and perfected by designers. The announcement represented the introduction of a new lens name in the market: Irix.

The lens itself, available for Nikon, Canon and Pentax mounts, is available in two versions, Blackstone and Firefly, with the Firefly offering the same optical performance and high quality mechanism as the Blackstone, but implemented in a lightweight and handy design. It’s an interesting idea in a lens system offering features as focus lock, infinity click and hyperfocal scale, all setting a new level of manual lens functionality. 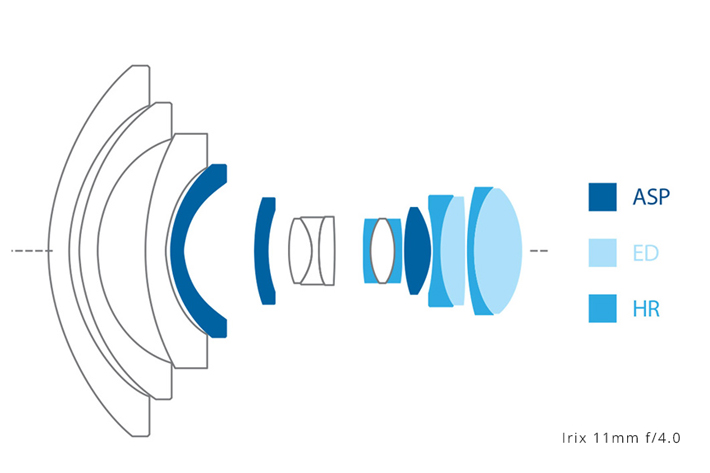 The company behind the project, TH Swiss, went to Photokina in 2016, were it was warmly received, and now they’re making news again, with the confirmation of a second lens, designed to widen photographers view of the world: another ultra wide-angle, rectilinear, manual focus lens designed for DSLR cameras. But this time… it’s even wider, it’s the new Irix 11mm f/4 lens!

Following the Irix 15mm f/2.4, the Irix 11mm has inherited the same tested and appreciated technological solutions such as: a convenient focus lock mechanism, an extremely useful infinity click-stop feature and a very intuitive and user-friendly hyperfocal scale. A rear gelatin filter slot is another feature it shares with its 15mm sibling. 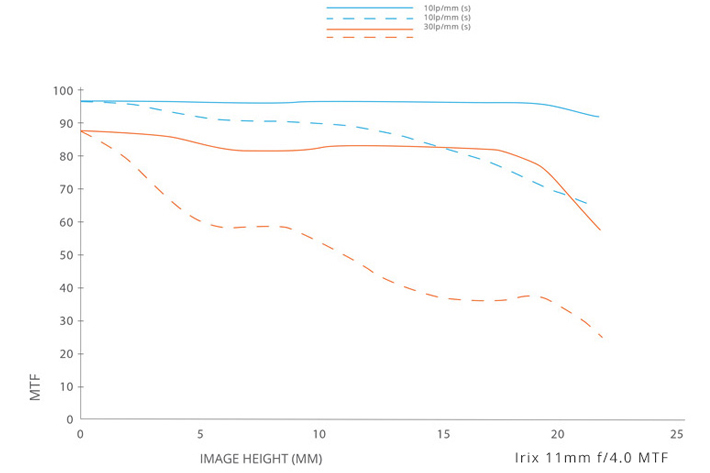 Just like the Irix 15mm, the new lens is offered in two finish versions. Firefly, as a standard version is made of lightweight composite, provided with an anti-slip rubber coating and clearly printed markings. The premium version, the Blackstone, features a durable aluminum/magnesium alloy body that ensures rugged durability. Blackstone’s engraved fluorescent markings reflect UV light to enable easy operation in low-light conditions.

For carrying purposes, the Firefly version will include a lightweight, soft lens pouch, while the Blackstone version will be shipped with a hard lens case. As with the Irix 15mm, each lens package will include an extra rear cap, in case you lose one.

All Irix lenses can be used in even the harshest weather conditions. Both versions of the 11mm are equipped with weather seals that protect the interior against dust and moisture. Two seals around the focus ring and one on the bayonet mount also protect against accidental water splashes. 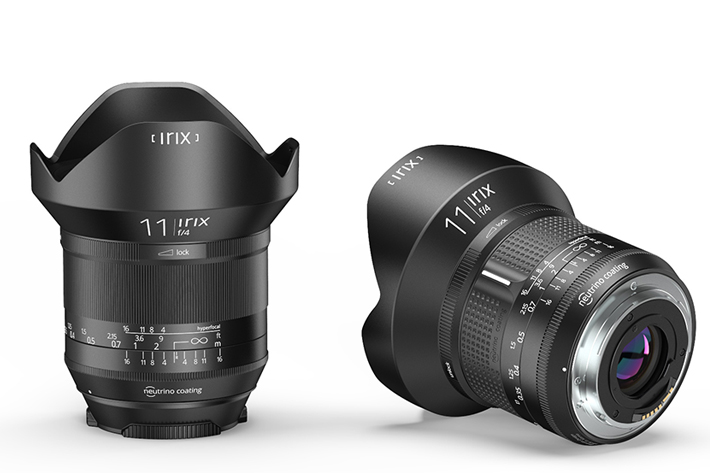 The Blackstone and Firefly versions feature identical mechanical and optical construction. The Swiss-designed optics offer minimal barrel distortion at 3.13% and an astonishing diagonal angle of view of 126 degrees. This combination makes the new lens an ideal tool for both outdoor and indoor photography – from photojournalism to landscapes and architecture. Encompassing capabilities once specific to analog photography with ingenious technology, the Irix 11mm f/4 is, says the company, a perfect solution for both professionals and hobbyists.

Both versions of the lens will be available by the end of March 2017, with Canon EF and Nikon F mounts. The Pentax K-mount version will be released later. Recommended prices are $575 for the Irix Firefly and $775 for the Irix Blackstone.