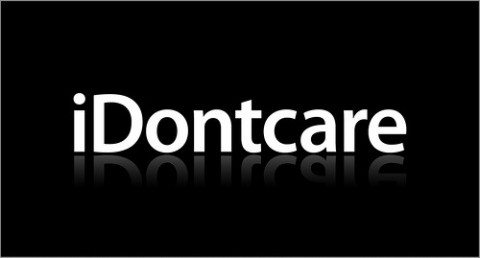 It’s not even been a week since Apple introduced the iPad, and there have already been literally volumes penned about this new device. These opinions are generally polarized, there seems to be either love or hate, with rarely someone falling in between the two. I’ll spare you my long-winded personal opinions, this post is simply a roundup of some of the more thoughtful and insightful articles and opinions I’ve read about the iPad. Read on…

For starters, PVC’s own Mike Curtis has written a book on the topic of why he, a Mac enthusiast, won’t be purchasing the iPad. It’s a long, thoughtful read. I always enjoy Mike’s analysis on new tech. Apple’s iPad – All the Details, What It Means For Us (with follow-up thoughts here)

Mike Rundle says that The iPad Is For Everyone But Us (I’m talking to you, Mr Power User). This mirrors my own initial reaction that the iPad is the perfect device for Grandma. Likewise, Ultimi Barbarorum’s The real reason why the iPad will be a success agrees with the aging + iPad = win formula.

16 Reasons the iPad Sucks quickly lays out all the obvious reasons to bash the iPad. Not particularly well-written, but a good summary of common complaints. Likewise, The Flash Blog delivers a swift poke in Apple’s eye without penning a single word.

Daring Fireball’s John Gruber steps back to take a look at The iPad Big Picture, Apple’s unique end-to-end position of control of this device’s hardware and software.

For the geeky open-source advocates among us, I Love Walled Gardens is a refreshing take on Apple’s controlfreak issues.

But by far my personal favorite article on the iPad comes from none other than Stephen Fry. He conveys not just an opinion from tech specs, but he also captures the emotional, experiential aspect of this new device, and I think his point of view will prove to be closest in the long run. Here’s a telling excerpt from iPad About, By Stephen Fry:

“I know there will be many who have already taken one look and pronounced it to be nothing but a large iPhone and something of a disappointment. I have heard these voices before. In June 2007 when the iPhone was launched I collected a long list of “not impressed”, “meh”, “big deal”, “style over substance”, “it’s all hype”, “my HTC TyTN can do more”, “what a disappointment”, “majorly underwhelmed” and similar reactions. They can hug to themselves the excuse that the first release of iPhone was 2G, closed to developers and without GPS, cut and paste and many other features that have since been incorporated. Neither they, nor I, nor anyone, predicted the “game-changing” effect the phone would so rapidly have as it evolved into a 3G, third-party app rich, compass and GPS enabled market leader. Even if it had proved a commercial and business disaster instead of an astounding success, iPhone would remain the most significant release of its generation because of its effect on the smartphone habitat. Does anybody seriously believe that Android, Nokia, Samsung, Palm, BlackBerry and a dozen others would since have produced the product line they have without the 100,000 volt taser shot up the jacksie that the iPhone delivered to the entire market?

Nonetheless, even if they couldn’t see that THREE BILLION apps would be downloaded in 2 years (that’s half a million app downloads a day, give or take ) could they not see that this device was gorgeous, beautifully made, very powerful and capable of development into something extraordinary? I see those qualities in the iPad. Like the first iPhone, iPad 1.0 is a John the Baptist preparing the way of what is to come, but also like iPhone 1.0 (and Jokanaan himself too come to that) iPad 1.0 is still fantastic enough in its own right to be classed as a stunningly exciting object, one that you will want NOW and one that will not be matched this year by any company”

Finally, for a little perspective on some of the outcry over why the iPad sucks, etc, it’s very interesting to see the initial reactions to the iPod, roughly 9 years ago. The responses are creepily similar. And I think it’d be hard to argue that the iPod is one of the most successful Apple products to date. I’ll close by pointing out another interesting development this week, Apple flipping the switch on VOIP over 3G for iPhone App Store developers. This will no doubt trickle down to the iPad. VOIP + a camera suddenly changes things for this device, potentially greatly broadening a market that may even eclipse Apple’s mobile reach. We shall see.

Regardless of how things pan out with the iPad, I have to say that I love living in the future.