The last weeks have been hectic: with Intel’s Core i9 CPU and AMD’s supercharged Ryzen Threadripper in the horizon, video editing is getting a big boost. Time to start dreaming of your next computer. 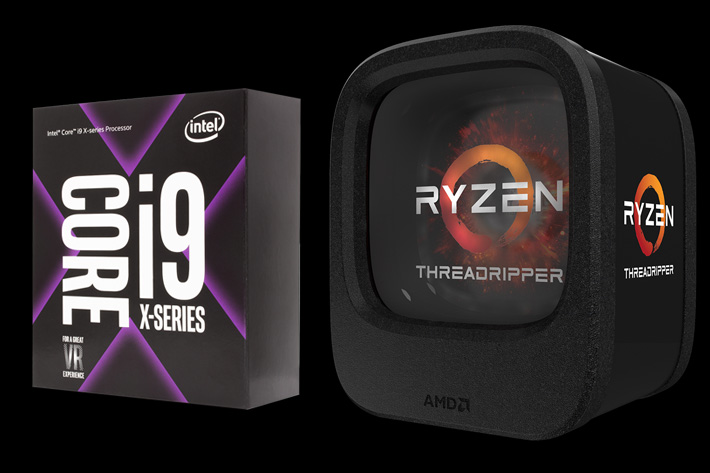 The battle between Intel and AMD’s new CPUs is just starting, but whatever the results, consumers always win. And Intel still has one surprise for the day the Sun goes dark.

Right after the announcement of all the specifications of its new Core i9 CPU, on August 7, Intel announced that on the same day the Great American Solar Eclipse happens, that’s August 21, the company will unveil the 8th Generation Intel Core processor family on Facebook Live.

The 8th Generation Intel Core processor family is announced as Intel’s most powerful family of processors for the next era of computing, and the company says it will offer blazing fast capabilities,  allowing users to experience immersive experiences that will bring you from spectator to participant. Intel adds that “Don’t just take our word for it. See the power of 8th Gen Intel Core technology come to life in the hands of a VR creator and imaging technologist.” 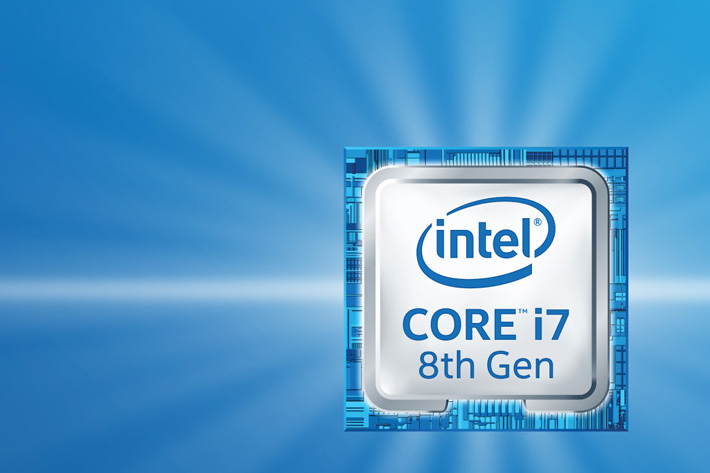 The suggestion above points to one area that interests us here at ProVideo Coalition: imaging. In fact, all the new processors, whether from AMD or Intel, are expected to offer significative gains in terms of speed when it comes to video editing and all the other tasks associated with both video and photography.

While little is known about the 8th Generation Intel Core, which will be revealed, one could say, in the dark, we all know the specifications for the X-series processor family from Intel, the Core i9 presented as the ultimate platform for content creators and gamers. The new 12 to 18-core processors – Intel Core i9-7920X, Intel Core i9-7940X, Intel Core i9-7960X and the Extreme Edition Intel Core i9-7980XE  – are all members of a family announced at Computex 2017 as the “most powerful, scalable and accessible high-end desktop platform offered by Intel, designed to deliver the performance needed to meet extreme computing demands for virtual reality (VR), content creation, gaming and overclocking.”

According to Intel, with the new X-series processor family multitasking becomes extreme mega-tasking with simultaneous, compute-intensive, multithreaded workloads aligned in purpose, powered by up to 18 cores and 36 threads. And, with up to 68 PCIe 3.0 lanes on the platform, people have the ability to expand their systems with fast SSDs, up to four discrete GFX cards and ultrafast Thunderbolt 3 solutions. 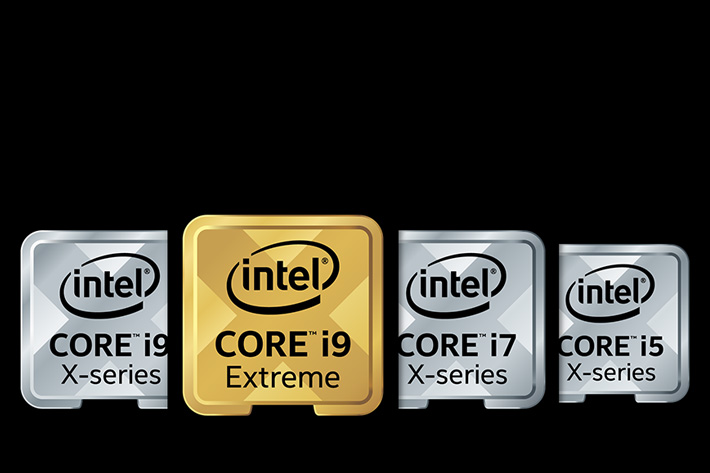 Furthermore, according to Intel, ”content creators can expect up to 20 percent better performance for VR content creation and up to 30 percent faster 4K video editing over the previous generation. This means less time waiting and more time designing new worlds and experiences. Gamers and enthusiasts will experience up to 30 percent faster extreme mega-tasking for gaming4 over the previous generation.

Before you run to buy your next computer… read what AMD has been preparing. Because, as Roger Waters sings, “we’ve choice”. It has been a long time since AMD had some competitive edge over Intel, besides price, but it seems 2017 is the year that happens, and it may well be in two areas: performance and, again, price. AMD processors are tendentially more accessible than Intel’s, but this year it seems they also perform better.

First, lets look at the official information from AMD about the Ryzen Threadripper CPUs. Announced  by the end of July, and available in the market August 10, the new Ryzen Threadripper processors from AMD offer 16 and 12-core, conceived to reenergize the high-end desktop (HEDT) market. In fact, these are not the processors most users will need – unless they want to use them as “status quo” – but, as Jim Anderson, senior vice president and general manager, Computing and Graphics Group, AMD, said, are the base for a platform “that offers the highest echelons of consumers– from data scientists to video creators to gamers – complete and uncompromising performance.”

The initial 16-core Ryzen Threadripper 1950X and 12-core 1920X processor models, to which a 8-core Ryzen Threadripper 1900X with a base clock of 3.8 GHz, a boost clock of 4.0 GHz, and the full feature set of the X399 SocketTR4 platform with 64 PCIe lanes, was added recently,  build on the 2017 introduction of 9 award-winning Ryzen desktop processors. With them “AMD is delivering on the promise of more cores and threads with Ryzen Threadripper, a ‘Zen’-based CPU with up to 60 percent more cores than any previous HEDT processor, including leadership I/O bandwidth. Designed to bring innovation and competition back to the full spectrum of PC markets, the high-performance Ryzen CPU architecture delivers uncompromising performance in Ryzen Threadripper, delivering advanced feature sets, increased efficiency, and leadership performance on today’s most demanding PC workloads.” 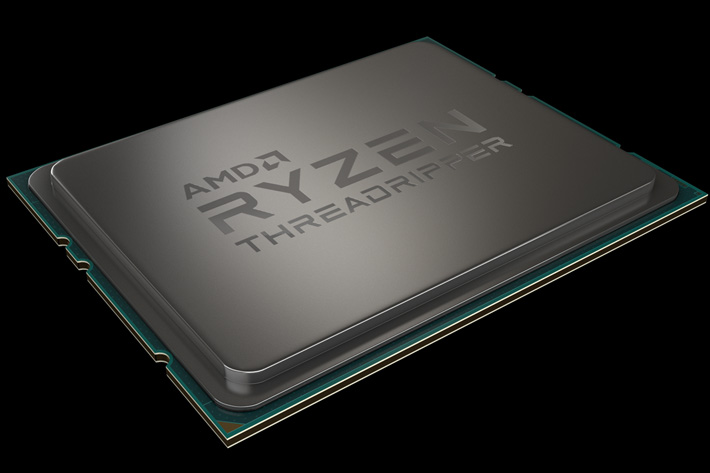 “Our goal with Ryzen has always been to bring innovation and excitement to our customers. With Ryzen 7, 5, and 3 processors, AMD changed the game and ensured users across every segment of the market received the best technology, prices and overall experience,” said Jim Anderson, adding that “to complete the Ryzen family, we kept the best for last. Ryzen Threadripper positions AMD at the forefront of this exciting market for high-performance PCs.”

So, according to AMD, they are at the forefront of the market, exactly the same place Intel says they’ve reached with their Core i9. It’s hard for a consumer, especially if you’re not tech-savvy, to know which claims are correct, and in which horse to bet. Numbers do not always tell the whole story. Furthermore, reading about AMD and Intel is a bit like reading about Windows and Mac or Nvidia and Radeon (which now is AMD owned), Canon and Nikon, and other rival companies, with the problem that, depending on where you read, the story may sound different. Some people become so “religiously entrenched” on the brand they like that they have a hard time seeing from any other perspective. Comments on many of these articles also do not help, many times, to make a decision.

The initial tests published on the web don’t really help much, and it is still early to completely accept them, as the embargo for full reviews of AMD’s processor only lifts some 24 hours from now. Still, one thing appears to be clear: when it comes to multithread, AMD’s Threadripper gets the job done faster than Intel.

A test published in HotHardware August 7 indicates that in gaming performance,  Ryzen Threadripper’s 6-core advantage over Intel’s Skylake-X processor, doesn’t afford it any performance gain. When it comes to a test like Cinebench R15, which is a combination CPU and OpenGL 3D rendering performance test based on Cinema 4D from Maxon, things are a bit different, according to HotHardware’s article: AMD’s Ryzen Threadripper 1950X 16-core processor  shows 37 percent performance advantage over Intel’s 10-core Core i9-7900X. If you consider that both processors cost around $1000, the difference in performance becomes even more interesting, especially if you need the features that make the Threadripper unique. Still, when it comes to single-core benchmarks, the Core i9-7900X is superior, with Cinebench R15 results of 188 versus 173 on the Ryzen Threadripper 1950X.

One word of caution, though. Numbers alone do not tell the whole story. As PCWorld mentions in one article, “Intel released the final details of its Core i9 microprocessors Monday morning, and the data is in: AMD’s high-end Threadripper processors will be faster—except when you really need it”. The article also notes that “Essentially, both Intel and AMD can claim the title of fastest processor. As our quick comparison chart reveals below, Threadripper’s base clock speeds are faster, but Intel’s boost speeds climb higher than Threadripper can.” 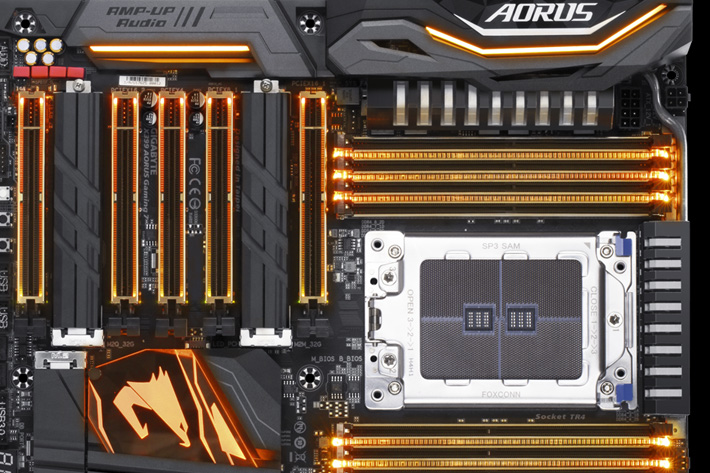 Both AMD and Intel have moved to new technologies with this generation of processors, and to fully understand Intel’s offer, I suggest you to read PCWorld’s article about “Intel’s Core i9-7900X is the fastest Core chip the company has ever sold to consumers”, by Gordon Mah Ung, a specialist journalist I read since his days at Maximum PC, the legendary magazine that I started reading when it was called boot. Gordon’s article will take you through Intel’s processor technology, advantages and problems.  It was published mid-July, when the information about AMD’s processors were not fully available, but it will give you a starting point. Soon the first full reviews of Ryzen Threadripper will be available, and then it will be possible to fully compare specs.

Being well informed is the best way to take a decision, when it comes to investing in these new processors. For some there will be no doubt, they will still go with the brand they know, while others will want to try something new. Whichever way you decide, one thing is sure: consumers are the real winners here, because we’ve more choice, technology evolves as both companies compete, and AMD’s business model forces Intel to, sometimes, even lower prices of its hardware.