Intel launches Arc-A Series discrete graphics family for mobile, promising that the Arc-A Series graphics portfolio will span laptops, desktops and workstations this year. Is Intel back on graphics, to fight NVIDIA and AMD? 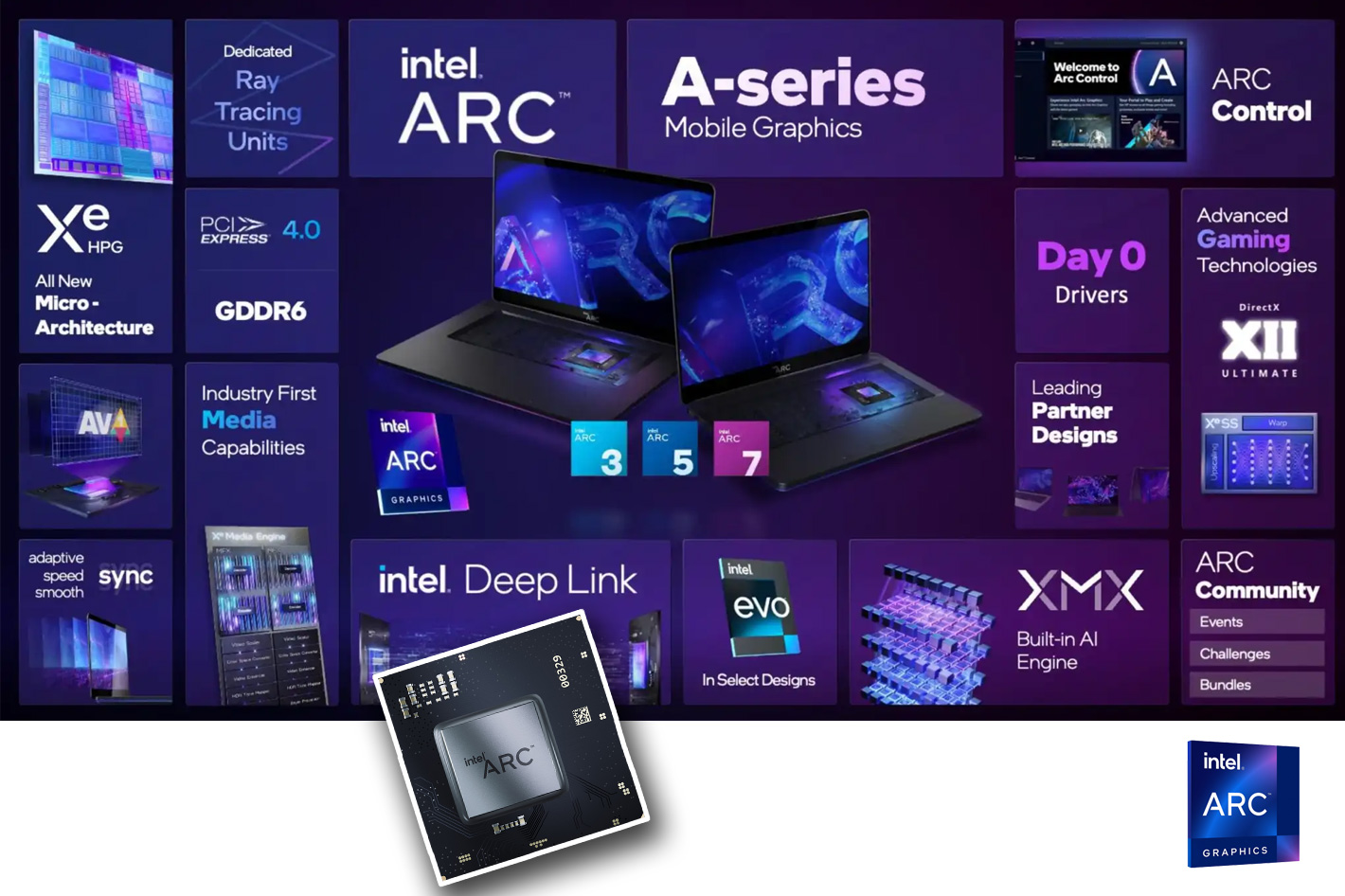 Introduced as Intel’s solution for both gamers and content creators, the new Arc-A graphics products are, the company says, “more than another piece of hardware in your PC” they are “your portal to play and create” on PC.

Intel ended March 2022 with the announcement that the company is more ambitious when it comes to graphics, as it first suggested back in August 2021, when the product was first announced. Intel highlighted now the Arc A-Series mobile graphics family, the first laptops with Arc GPUs, and the Arc graphics platform of hardware, software and services that will enable high-performance graphics experiences for gamers and creators around the world.  As laptops become more powerful, and the device of choice for many gamers and content creators, Intel decided that it’s time to contribute to unleash the laptop platform, and the Arc-A family of graphic products is a clear sign of the path ahead.

The announcement could not come at a better time. While you’ll have to wait until the end of the year to see how the desktop solutions from Intel Arc-A fare against the popular NVIDIA and AMD cards – a duopoly we’ve lived with for a while – the fact that Intel is showing a solution and positioning itself for a fight on laptops is a clear sign of what may happen next. Or it already has, as shown by the announcement that the price for graphic cards from NVIDIA will come down by up to 25% in April, ending a two year period that made high-end cards not only extremely expensive but difficult to buy. I know that from experience, as we acquired two RTX 3080 at launch for an exorbitant price, and that was the best decision we made: prices rose even more, and it has become almost impossible to get any card!

Because of the new balance it may bring, Intel is a welcome addition to the market, even more so as the company is not just offering discrete graphics but a solution that works in tandem with its processors to achieve better results. As Intel notes, there are three things that you need to know about Intel Arc graphics: they feature a new high-performance-gaming microarchitecture, a groundbreaking media engine and Intel Deep Link technology for faster encoding and streaming. 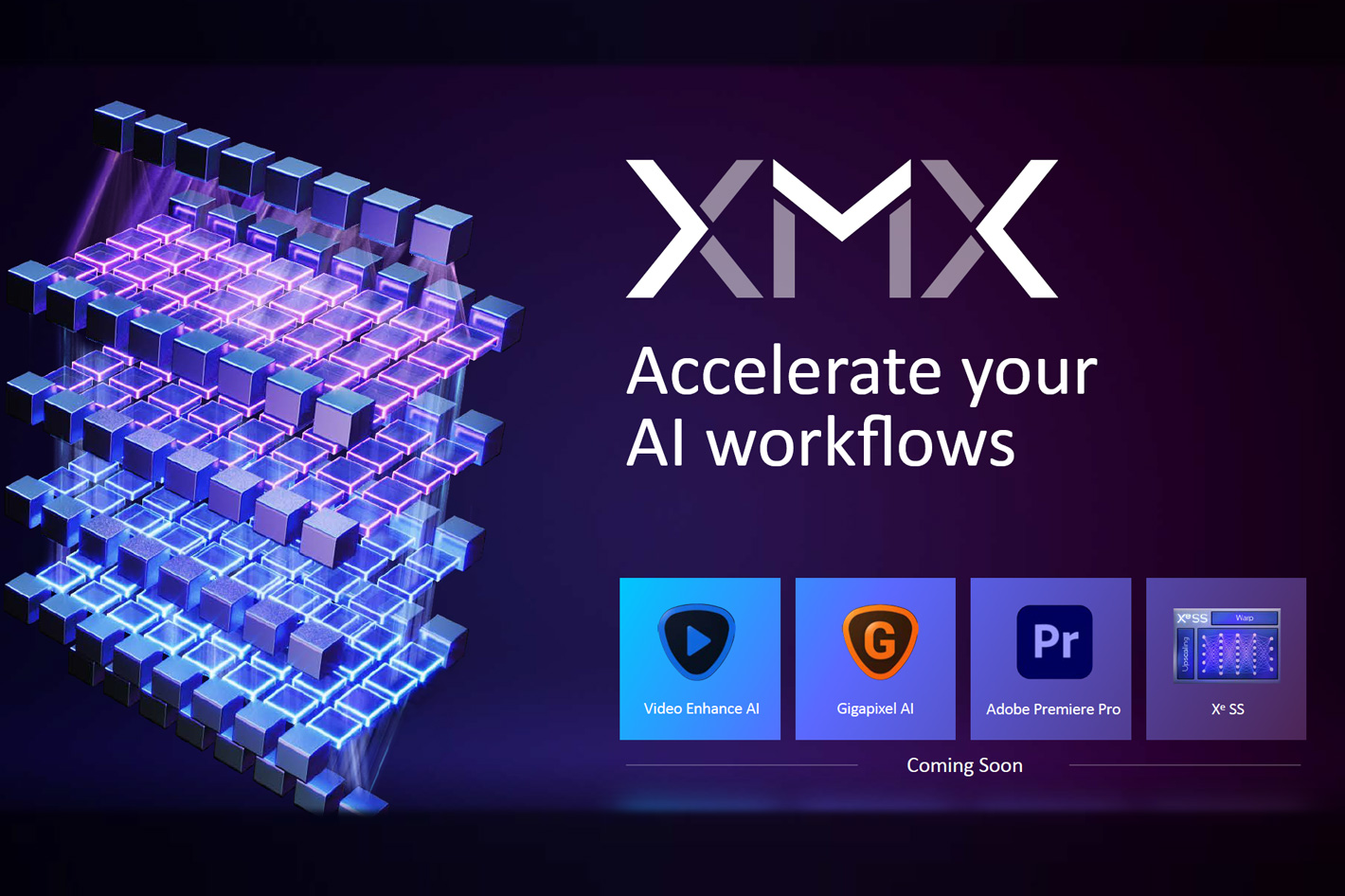 With gaming, encoding and streaming as key vectors for development, the Intel Arc A-Series GPUs promise graphics innovation based on Intel’s new Xe High Performance Graphics microarchitecture (Xe HPG), which is engineered for gamers and creators. The company has packed a ton of great technology into Xe HPG, including powerful Xe-cores with Intel XMX AI engines, a graphics pipeline optimized for DirectX 12 Ultimate with hardware acceleration for ray tracing, the Xe Media Engine tuned to accelerate existing and future creator workloads and the Xe Display Engine ready for DisplayPort 2.0 UHBR10.

According to the company, “Intel Xe Matrix Extensions (XMX) AI engines provide more compute capability for accelerating AI workloads. These AI engines have 16 times the compute to complete AI inferencing operations when compared to traditional GPU vector units, which can increase performance in productivity, gaming and creator applications.” Furthermore, Xe Super Sampling (XeSS) is Intel’s solution that leverages the power of Intel Arc graphics’ XMX AI-engines to deliver high-performance, AI-accelerated upscaling. XeSS is a novel upscaling technology that uses deep learning to synthesize images that are very close to the quality of native high-res rendering. XeSS is coming in the summer and will be supported on all products with Arc A-Series graphics. 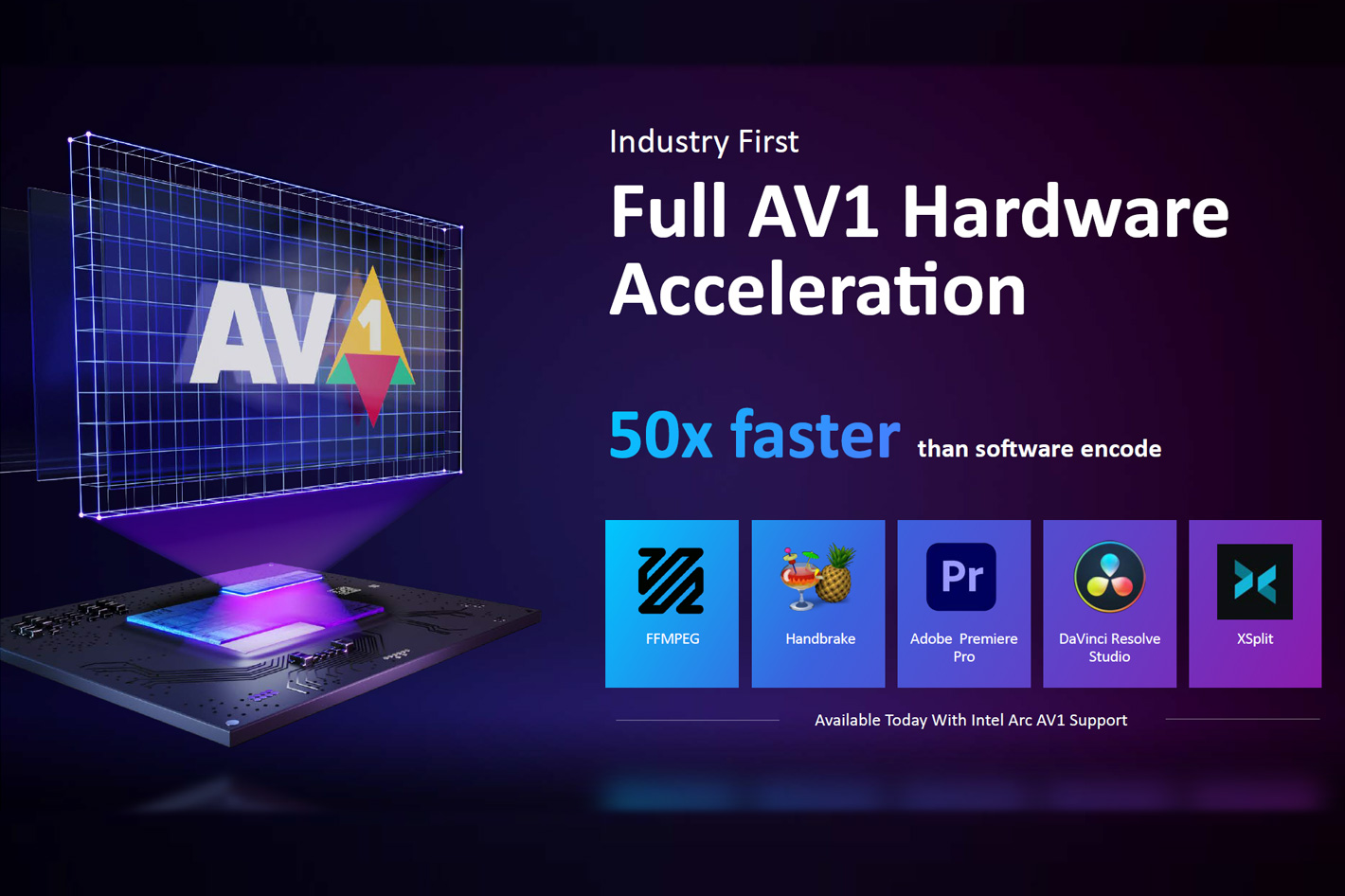 For creators the Intel Arc A-Series GPUs have something else: they are the first in the industry to offer full AV1 hardware acceleration, including both encode and decode, delivering faster video encode and higher quality streaming while consuming the same internet bandwidth. Intel says the company worked with industry partners to ensure that AV1 support is available today in many of the most popular media applications, with broader adoption expected this year. According to Intel, the AV1 codec will be a game changer for the future of video encoding and streaming. Here is a rundown of the key features: 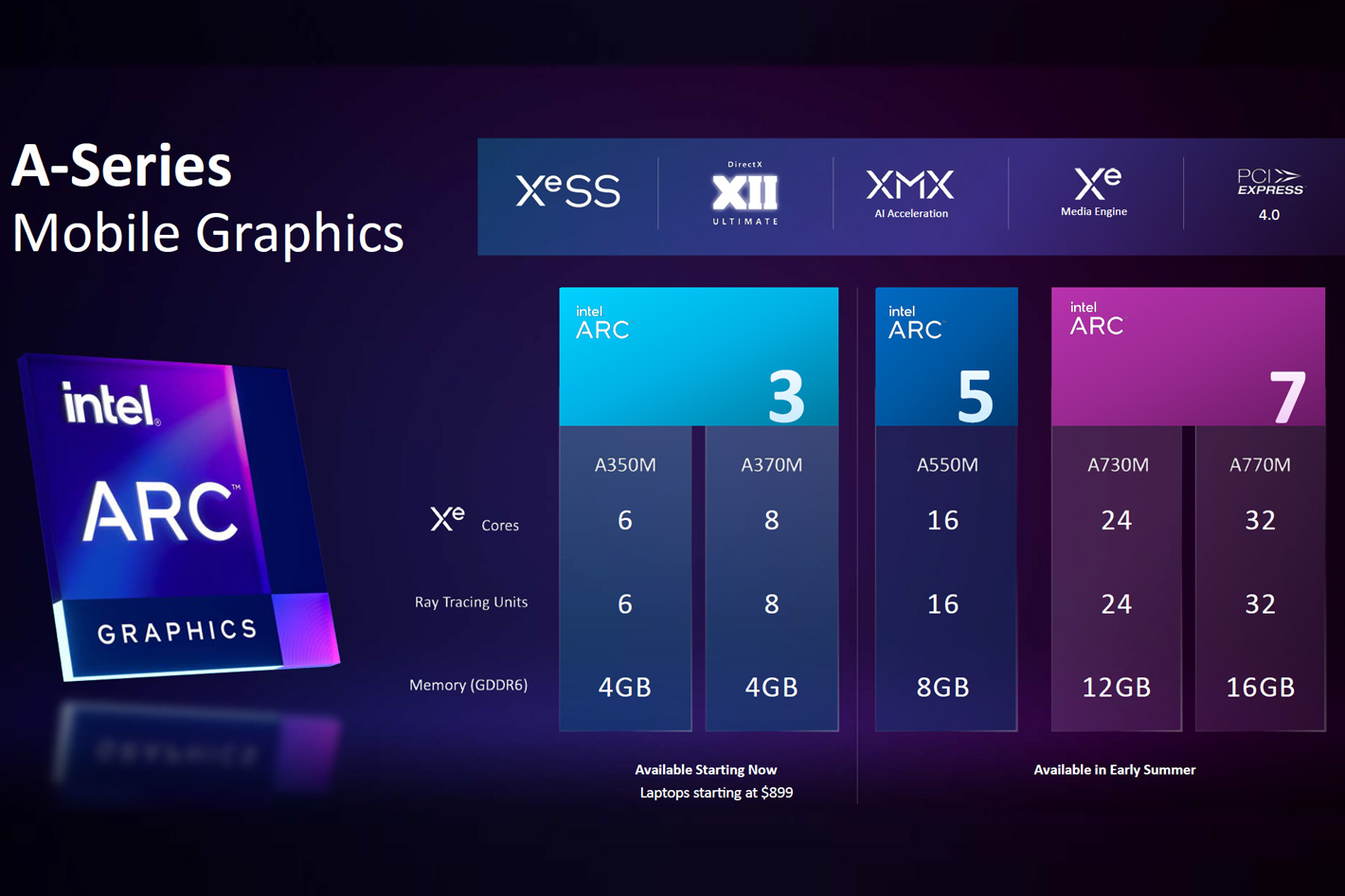 A key advantage the new Intel Arc-A family brings to the table is its ability to work seamlessly with Intel CPUs with integrated graphics to boost performance. The technology, named Intel Deep Link, allows for better performance for – you’ve guessed it! – gaming, creating and streaming. Here are the key features: 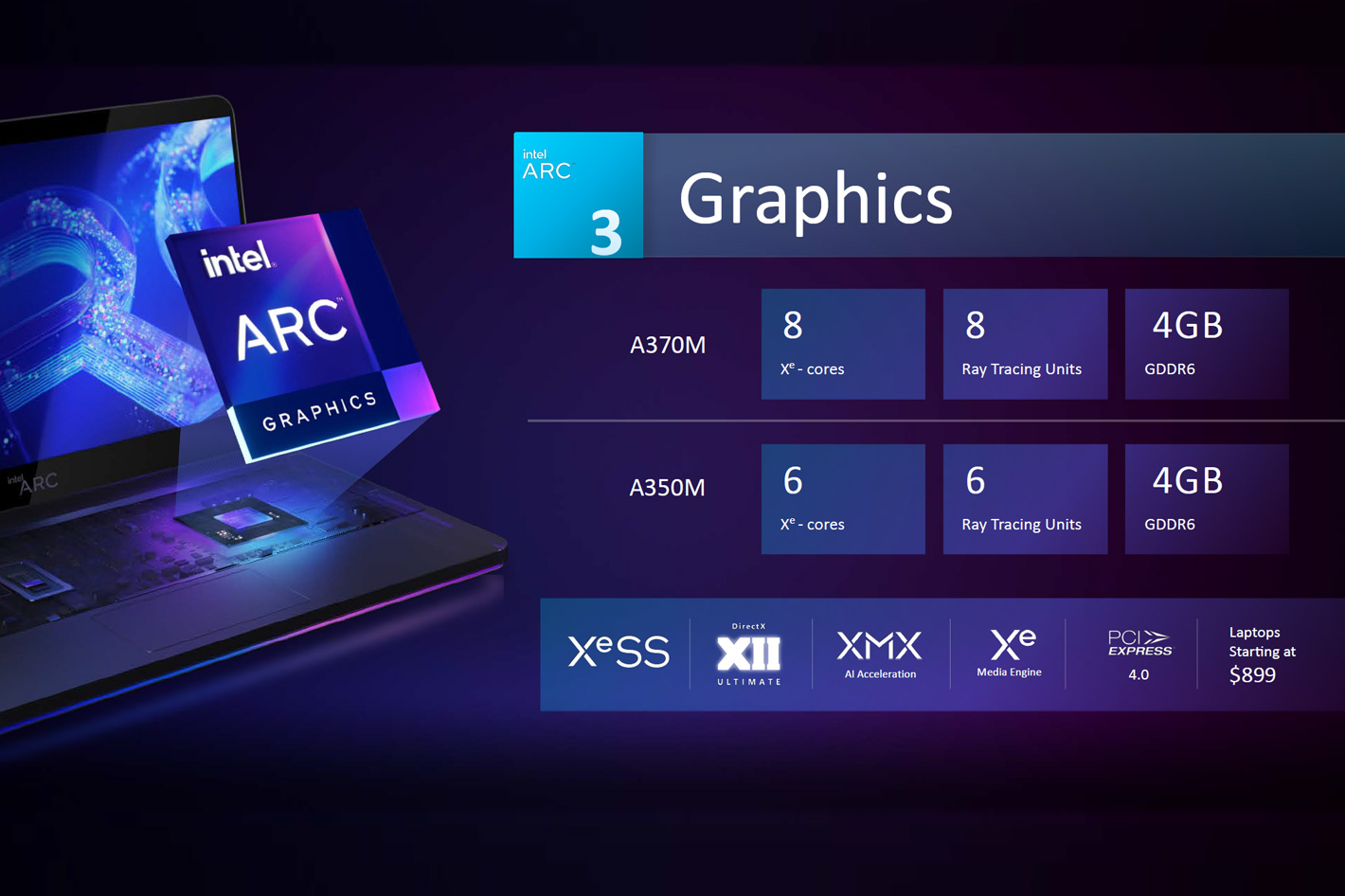 The good thing is that you don’t have to wait to try this yourself, as the first laptops with Arc 3 graphics are available to preorder now, with Arc 5 and Arc 7 laptops coming in early summer. Intel’s Arc graphics for desktops and add-in-cards are launching in summer. Many of the first laptops with Intel Arc graphics will be Intel Evo designs with the latest 12th Gen Intel Core processors, enabling users to get the most out of thin-and-light machines with Wi-Fi 6, remarkable responsiveness and battery life. The additional horsepower of Intel Arc graphics will unlock new and improved gaming and creation capabilities within mobile form factors.

Intel Arc A-Series graphics will power a wide range of mobile designs, with many of the first Arc 3 graphics products going into Intel Evo devices. Intel’s initial offerings are not yet competing with the high-end solutions from NVIDIA and AMD, but the two initial GPUs, A350M for ultra-thin designs and the A370M for more performance in thin-and light designs, are a sign of things to come. Prices for the new laptops start at $899. 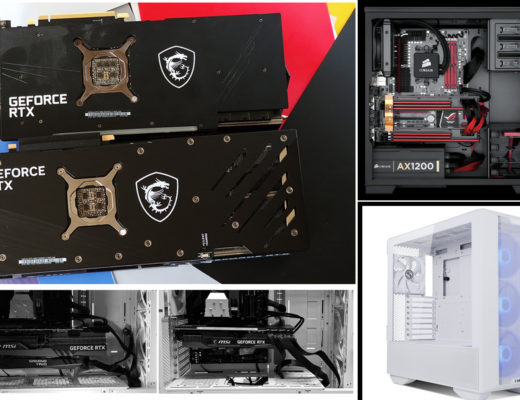 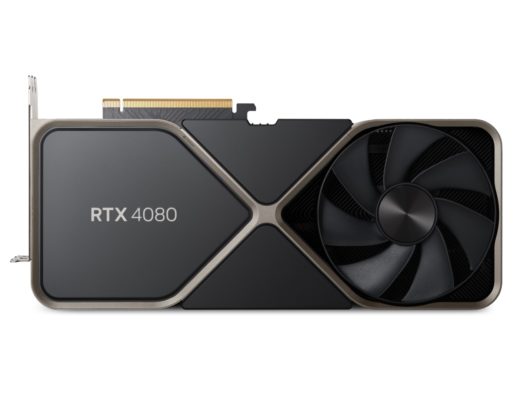