The DreamColor monitor line is now divided into two groups. 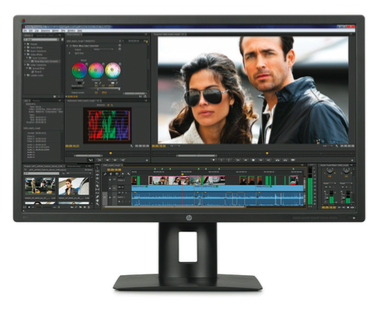 At NAB 2015 in Las Vegas, HP just announced a larger model of DreamColor model Z32z. The new model has a native Ultra HD panel which measures 31.5 inches, and joins the other two smaller new models announced at NAB 2014, the Z27x and Z24x. Details ahead.

Why two groups of DreamColor monitors?

The Z27x (which I first announced here) is considered a DreamColor Studio model, since it is capable of self-calibrating without the need of any external computer. With the Z27x, we can plug the colorimiter directly into the monitor and go. With the Z24x and the new Z32x model, a computer is required to calibrate, so they are now called DreamColor Displays. Although (for pro video applications), all DreamColor monitors —studio or not— allow the resulting profile to be recorded inside the monitor, as it should be, and as it is with the original (now discontinued) DreamColor monitor. 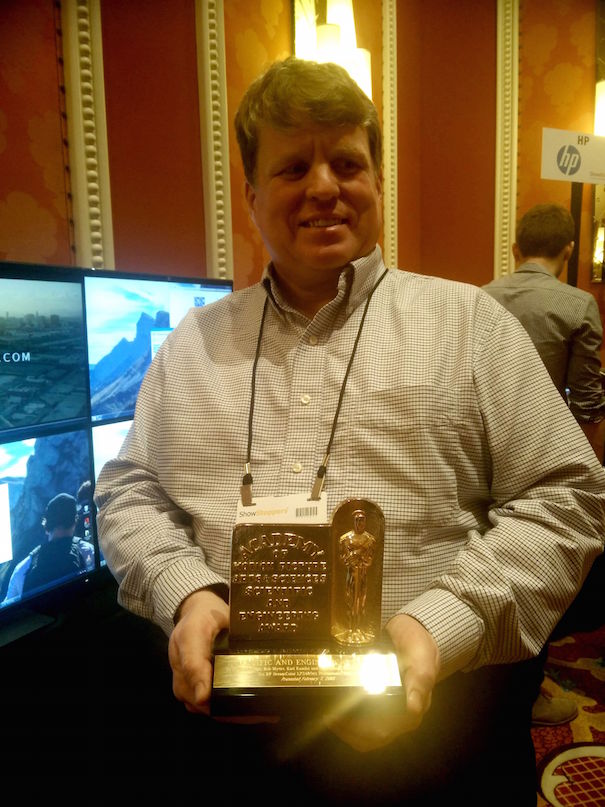 In the above picture, Greg Staten, arquitect of the DreamColor monitors, shows me the Academy Award given for Scientific and Engineering Award to HP and DreamColor developers.

More about the Z32z model

Up until now, there had been no Mac calibration software for the Z24x, so HP recommended the Z27x, since it requires no computer to calibrate. Together with the announcement of the new Z32x DreamColor (product number M2D46A4), HP has announced new calibration software for Mac and Windows, and that this same new software will work with the Z24x and with the new Z32z. I asked if the new software requires Java, and was glad to hear that it does not.

As of now, HP has not announced a price for the new Z32x DreamColor (product number M2D46A4). They say that it will be available in the Summer (Northern hemisphere).

More to come about this

As many of our readers know, I’ll be publishing more about DreamColor monitors and their connectivity in pro video applications, as I receive more information and/or am able to test personally.