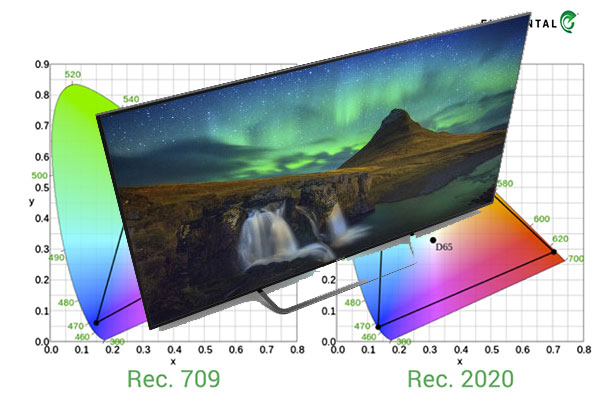 While 4K continues to be the buzzword for many, HDR is a term interesting more and more companies. It’s not just the idea of giving the public more pixels, giving them better pixels, through the use of high dynamic range, is the next big thing.

HDR is so big, in fact, that the IBC 2015 Conference Prize, given each year for outstanding contributions that advance industry knowledge, was awarded to Andrew Cotton and Tim Borer of BBC Research & Development for their paper “A display independent high dynamic range television system.”

Drawn from the technical papers section, the IBC Conference Prize is awarded by the team of peer reviewers to the contribution which both advances the industry’s knowledge and does so in the most clear and informative way. The BBC paper looks at how high dynamic range (HDR) video can be delivered and displayed while remaining compatible with conventional systems.

“This year’s winner describes a novel solution that could fundamentally influence how we perceive tomorrow’s ultra-high definition video,” said Dr. Nick Lodge, chair of the technical papers committee. “In their very clear paper, Andrew and Tim explain how they brought together theory in engineering and visual psychology, along with practical experiments, to arrive at a high quality, flexible representation of high dynamic range video. This is creative technology at its very best.” 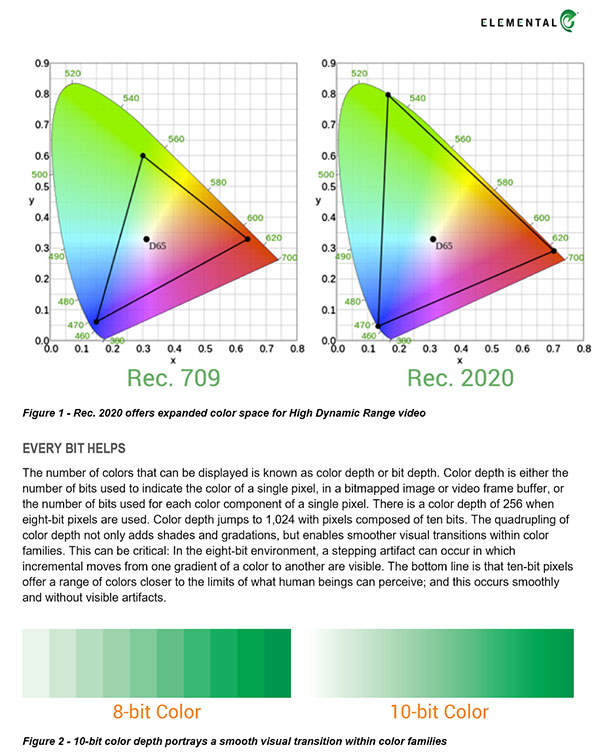 “We are delighted that IBC has recognized our paper on a display-independent HDR television system,” said Andrew Cotton and Tim Borer. “We believe that the technical solution we have presented provides the best universal approach for HDR, allowing it to rapidly become part of mainstream UHD offerings internationally.”

An example of HDR with backward compatibility was on demonstration at IBC 2015, through Technicolor, a worldwide technology leader in the media and entertainment sector, and Elemental Technologies, the leading supplier of software-defined video solutions for multiscreen content delivery, which demonstrated the world’s first broadcast delivery system of 4K UltraHD high dynamic range (HDR) video.

The live demonstration, which is optimized for broadcasters and pay-tv networks, shows how distributors can upscale high frame rate, standard dynamic range (SDR) events, such as sports, into impactful HDR. In addition, Technicolor and Elemental will highlight compatibility between Technicolor’s single layer backward compatible HDR delivery system and the 4K/HEVC-ready Elemental Live video encoder to illustrate a cost-effective solution for encoding and delivery.

Technicolor’s demonstration includes a new server-based version of its Intelligent Tone Management software that scales SDR source material into the vivid colors, rich contrast and heightened realism of HDR video. This software, based on years of research by leading Hollywood colorists, allows a sports or live events operator to continue using their current SDR cameras, workflow, and infrastructure at a venue, but now enables them to upscale the entire broadcast to HDR. To prove the power and flexibility of the Intelligent Tone Management solution, Technicolor is using uncompressed 4K video at 60 frames per second, to showcase how this new technology makes converting content to HDR seamless for operators. 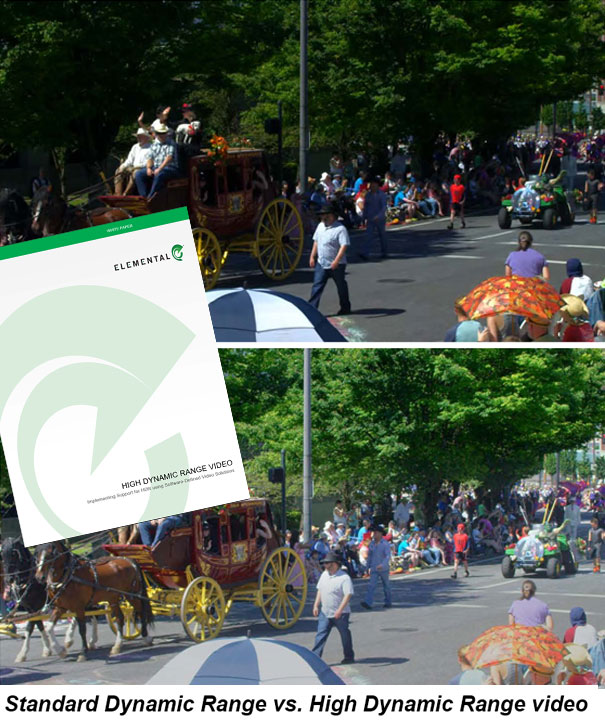 “The combination of HDR up conversion, 4K Ultra HD and high frame rate, and distribution of that signal through an entire compressed delivery chain is a world’s first and now Technicolor is showing that it can be done in real-time,” said Mark Turner, Vice President Partnership Relations and Business Development, Technicolor. “Traditionally, sports has always been the highest value content for pay-tv companies and broadcasters, and the one that has presented most challenges for next-generation video from a cost -benefit perspective – until now.”

Technicolor’s HDR delivery system allows for a single stream combining both HDR and SDR video, enabling distributors to simultaneously support SDR and the rapidly emerging audience of HDR screens. This backward compatible feature is essential to meet the bandwidth requirements for pay-tv operators and OTT distributors looking to migrate with confidence to an HDR world. Technicolor is using its new 4K HDR set top box to decode and play live HDR video while simultaneously playing the same signal on a current generation 4K SDR decoder to demonstrate the directly backward compatible stream.

Technicolor’s backward compatibility feature, while built for MPEG-HEVC initially, is independent of video codec and EOTF and shows the company’s commitment to provide consumers with the amazing benefits of HDR — with more content, on more devices on an accelerated timeframe.

Elemental created a white paper about HDR, which can be downloaded from their website. On the opening page, before downloading, they remind visitors that “The video ecosystem is eager to embrace High Dynamic Range video, which promises greatly improved viewing experiences with expanded color space and luminance.” but continue saying that ”However, HDR is in its infancy and there is no guarantee that a single approach to its realization will be agreed upon in the near term. This white paper makes the case that video providers are best served by implementing support for HDR in software rather than hardware, given the uncertainty of the current landscape with regard to standardization.

“HDR is important and the industry wants it sooner rather than later given its obvious visual appeal and potential to stimulate UHD device and service uptake,” said Mike Callahan, Senior Director of Solutions Marketing at Elemental Technologies. “Software-defined video solutions from Elemental give content programmers a key advantage: flexible, scalable HDR infrastructures that support live and VOD services and easily keep pace with rapid change. It’s a powerful complement to the Technicolor HDR workflow which provides features, such as backward compatibility, for simplifying workflows and reducing storage and delivery costs.”

The system, which is backward compatible, and able to upscale high frame rate 4K Standard Dynamic Range events, including live sports, to HDR, will be introduced in new TV sets, but also added to models already available on the market, through an update, as Sony demonstrates.

Sony recently announced that it is bringing High Dynamic Range (HDR) compatibility to more of its 4K Ultra HD televisions. In addition to the previously announced X94C and X93C series, Sony is also adding HDR compatibility to the X91C, X90C, X85C and S85C series via a network update. Sony is working with streaming video providers such as Amazon Video to bring customers movies and TV shows in HDR (High Dynamic Range), a premium technology which generates deeper blacks, brighter peaks, and richer colour tones. 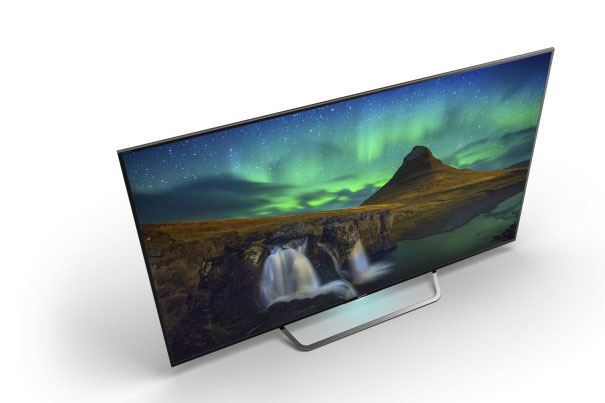 High dynamic range (HDR), reproduces a greater dynamic range of luminosity or brightness levels, bringing greater contrast to the screen. This increased contrast reveals the subtle nuances of the image, from detailed blacks and shadows to the brightest whites and colours. With HDR compatible TVs, customers will enjoy brighter colours, enhanced details and distinct highlights, resulting in more depth and detail than ever before.

“Sony is pleased to be expanding HDR compatibility for our 4K Ultra HD televisions. Sony has always been a leader in HDR, from our HDR-enabled professional cameras, to Sony Pictures produced and edited HDR content, to our expanded line of HDR compatible TVs, only Sony can bring you the full HDR viewing experience from the lens to the living room.” said Motoi Kawamura, General Manager for TV Product Planning and Marketing in Europe.