The newest camera from Hasselblad for aerial photography opens a new world, allowing 8 cameras with 100 Megapixel sensors to be synchronized within 20 μs. 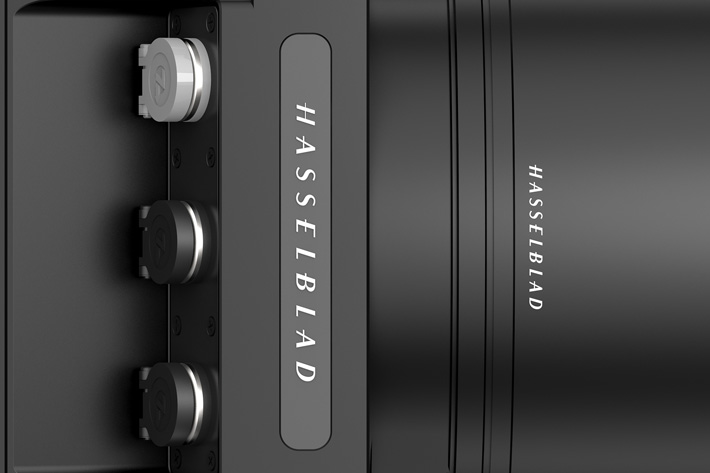 The Hasselblad A6D-100c represents the latest evolution of Hasselblad aerial cameras, and introduces new option in terms of using multiple cameras, up to a total of eight.

NAB 2017 was chosen by DJI to show the new drone from the company using a 100 megapixel camera from Hasselblad, the H6D-100c. Now Hasselblad takes their line of cameras for aerial photography a step further, with the A6D, a 100 Megapixel aerial camera system.

Hasselblad cameras are developed by building on the shoulders of the previous generation of models which enables all of the prior advancements and branch-demanding features to be automatically included. This process allows Hasselblad to continually enhance and develop models. The A6D heralds, says the company, a technological improvement that is noticeably greater than earlier generations.

The A6D Aerial camera includes a feature that allows up to eight cameras to be synchronized within 20 μs (microseconds). A simple bus-type cable connection is required between all cameras in the set-up. This feature completely eliminates any issues in post-production caused by un-synchronized exposures.

Product Manager Bjarne Hjörlund commented, “Available in 100 megapixel resolutions, the A6D camera combines the world’s best optics and sensors with a modern, compact design, resulting in a system that will ensure you attain the highest possible image quality. Hasselblad aerial cameras provide a range of important features that help deliver your imaging requirements”. 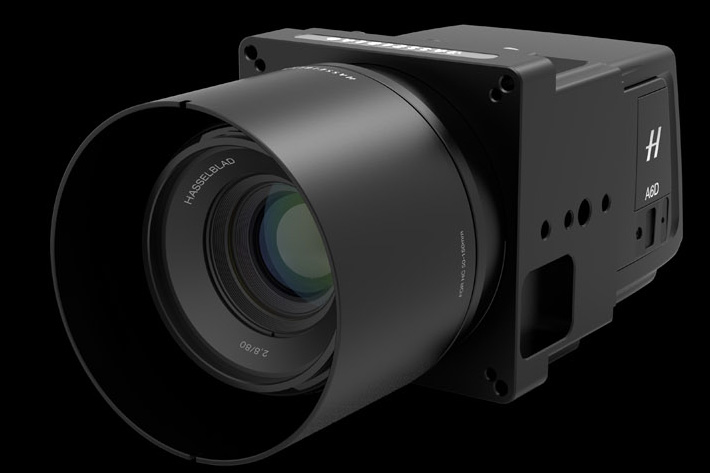 Nine H System lenses are available in aerial versions with secure locking mounts to minimize vibration and flexing which guarantees the image plane and sensor stay parallel at all times. These units ship with their focus precisely adjusted and fixed at infinity. The focal length range from 24 to 300mm of these lenses results in a horizontal AFOV of 96° to 10.2° covering most applications. The new generation of leaf shutters for the H lenses has an extended lifetime, which ensures reliability during flight.

In addition, the exposure time for the aerial lenses has been improved up to 1/4000 of a second, for sharp and crisp images. Traditionally, FMC systems typically only compensate for movement in a single direction, but the fast leaf shutter-based exposure time can both compensate for ground speed and the roll and pitch of the plane.

Near Infra-Red photography is an option with the new camera. In fact, theA6D camera is available with or without Infra-Red filter for infra-red captures from 750nm to 1000nm to serve the needs of aerial analysis, such as environment surveying and crop management. NDVI, CIR and NIR imaging is possible with third party software. 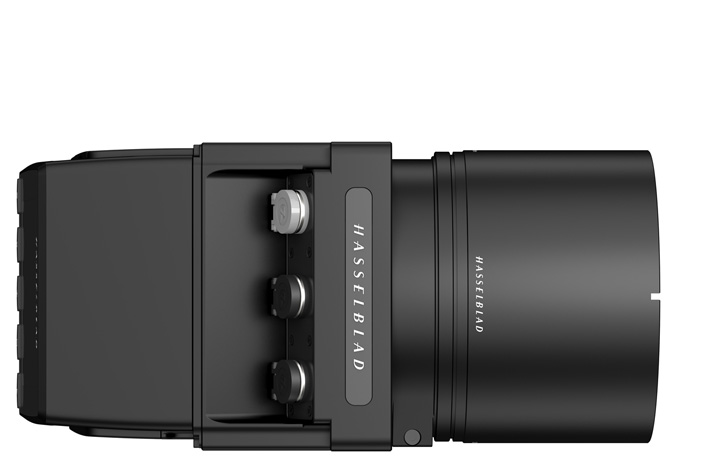 To facilitate the development of user specific software, Hasselblad offers a complete Software Developers Kit (SDK) which allows full control of camera and image processing from the user’s own software. To quickly get started using the A6D aerial cameras for photography, Hasselblad has created a simple but effective PC sample application which can capture and store RAW files coming from the camera. All source code for this application is supplied to allow the user to adapt to special individual requirements.

With a reduced footprint, designed to fit existing POD mountings, the camera has improved external connectivity via stable LEMO connections, features a system for secure camera mounting via 4 x M4 screws and a fully mechanically fixed system to minimize the effects of vibrations. Hasselblad says the A6D-100c represents the latest evolution of Hasselblad aerial cameras.

NBC Olympics, a division of the NBC Sports Group, has selected Canon U.S.A., Inc., a leader in digital imaging...