Every time I brought that little light out, people would remark about how bright it was.

The 12” Q-LION is a 95+ CRI, bi-color LED lamp from Quasar Science. I was given it, and the new mounting kit from Filmtools, to take on a few of my shoots to review. As the videos haven’t been released at the time of this writing, I’ve included screen grabs and BTS photos below.

First off, this thing is surprisingly bright. You get about an f2.8 from 2 feet away, making it a perfect fill or backlight, and a situational key (situations I ran into, so that’s not a knock). It has two modes, 3000K and 5600K, and while they’re both powerful, the Tungsten mode is fractionally less intense. On a full charge, it’ll last a respectable 4 hours at 100%, but you can’t run it plugged in so that’s a hard-out for the lamp when it runs dry. If it’s too powerful for you, or you just want the extra battery life, you can dim the Q-Series lights in steps: 100, 75, 50, 25, 10 and off.

One thing I will say about charging is that it seems to need the charger it came with. It’s just a Quasar-branded USB charger, but the light won’t charge with normal 5v phone chargers, it needs the 9v flavor. I tried one of the “turbo chargers” I have for my Google Pixel and it didn’t seem to work. After fiddling around with a series of different chargers and cables I just went with what they sent me and how-about-that, it worked. Not a huge deal but it’s better you know now than right before (or in the middle of) a gig.

At a foot long it easily fits in a bag and can be hidden within a scene with minimal effort. The end-caps of the Q10 (and it’s differently-sized siblings) house magnetic feet that are pretty strong, easily holding on to weird things like door hinges and poles. The Filmtools kit takes care of the more common situations by supplying a clamp and a suction cup. The clamp, obviously, clamps to anything clampable, and the suction cup just needs a slicker-than-average surface to adhere to. I actually found it could stick to more walls than you’d think, but I would be lying if I said I didn’t have a PA guarding it. The Q10 is made out of polycarbonate, but I like to return my review materials undamaged when possible. The Filmtools mounting kit also includes a rubber clamp that grabs the lamp itself but I didn’t pick that piece up. 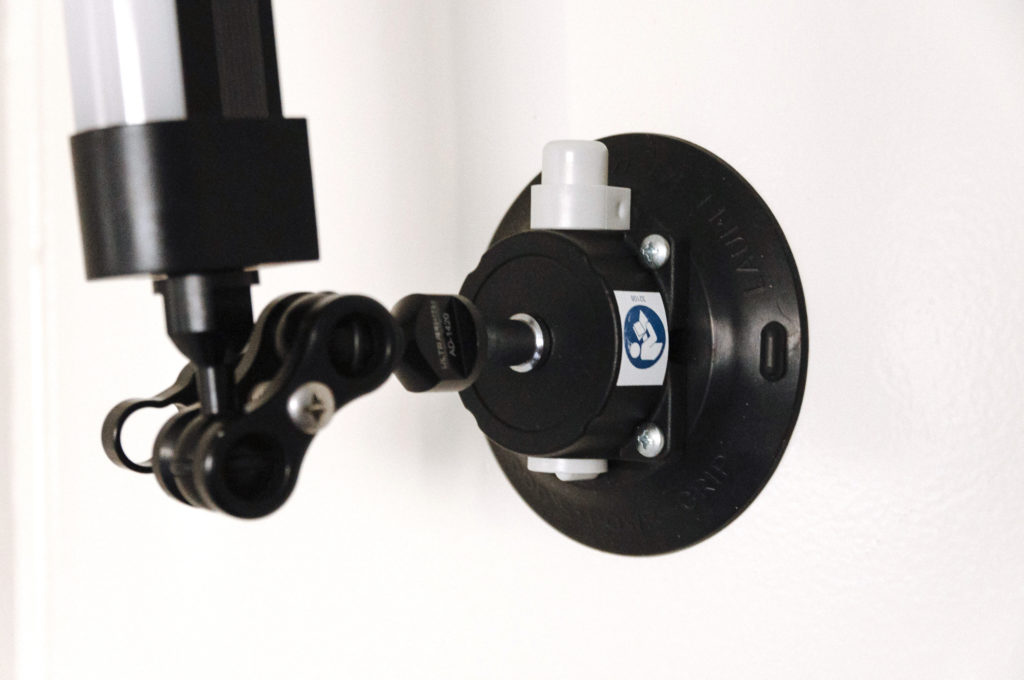 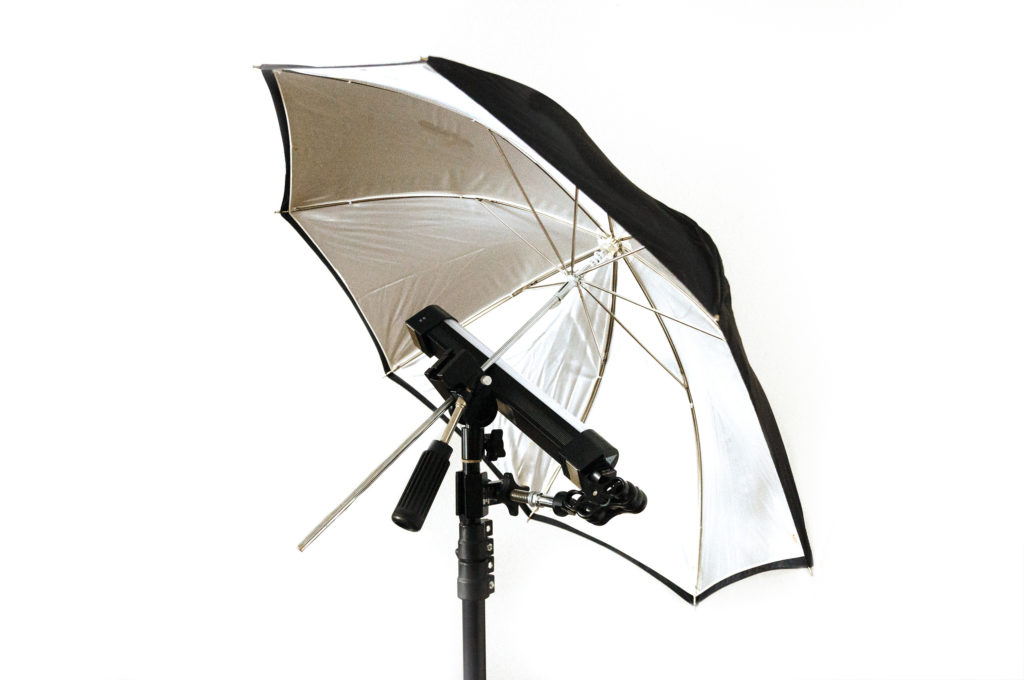 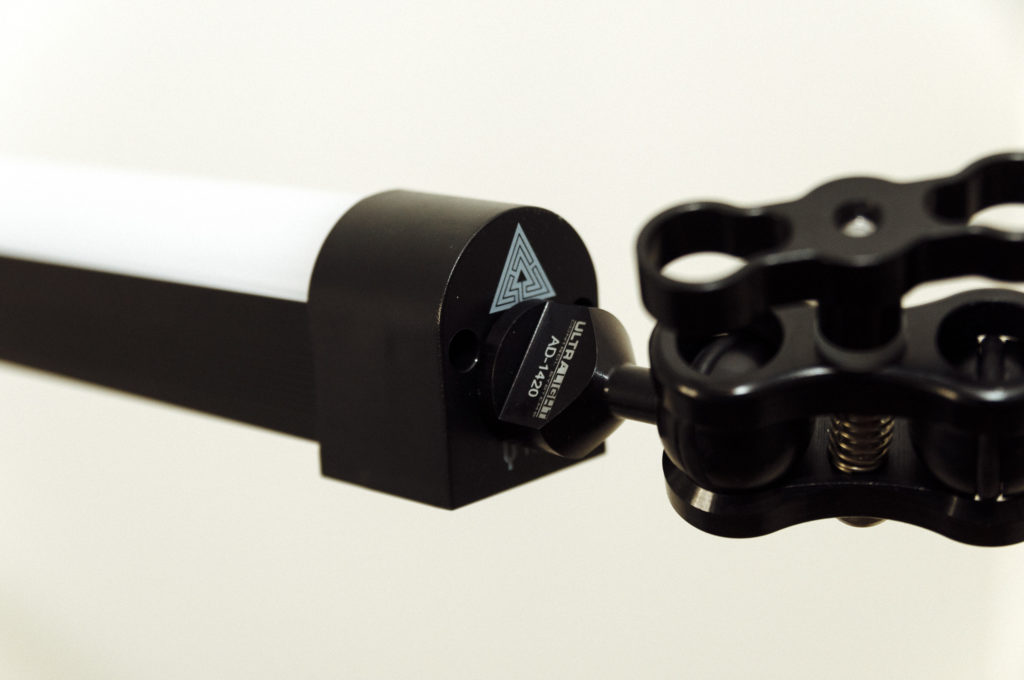 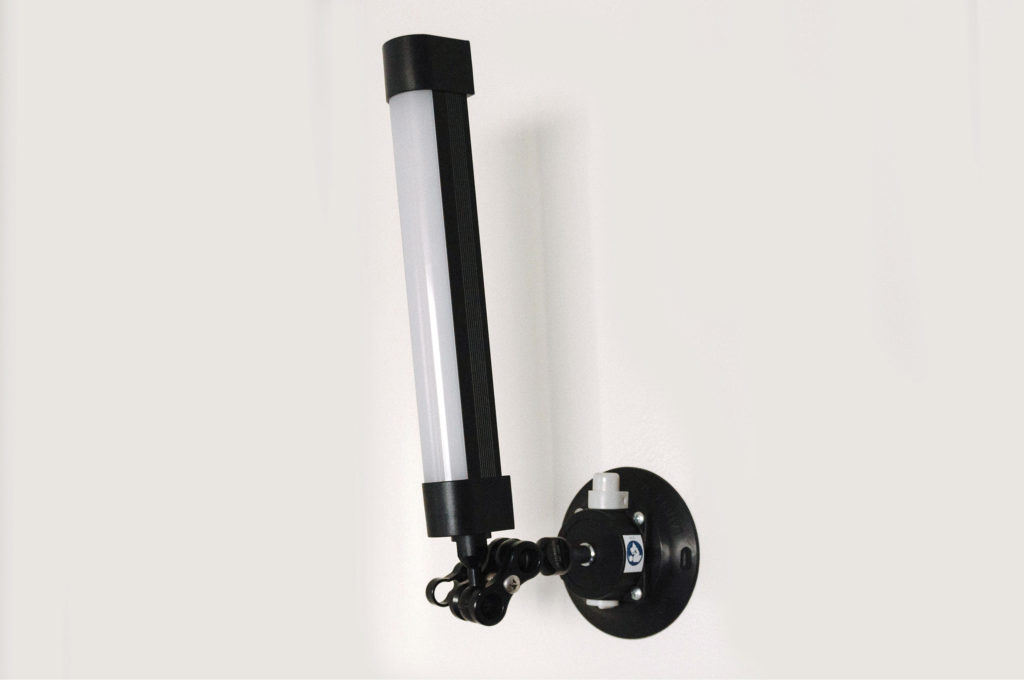 My first go-round with the kit was on a music video I DP’d for my friend Dom Ferris. It took place in a bar/venue where the talent was singing but would also swap places with members of the audience. For that, we largely used the available light in the bar, as places like this tend to have theatrical lighting already set up like par cans and LED globes. We augmented/punched up the warm string lights in the ceiling with a diapered Kino Flo Diva 400, and used the Quasar lamp as a mobile back/fill. The nice thing about a tubular light is that you can just drop a rolled up gel over it without the need for C47s or anything, and since it’s LED it doesn’t get too warm. Whenever we would change setups we would just clamp the Q10 to a chair or speaker, or suction cup it to a wall or whatever was close and we were off to the races. It took less than 10 seconds. 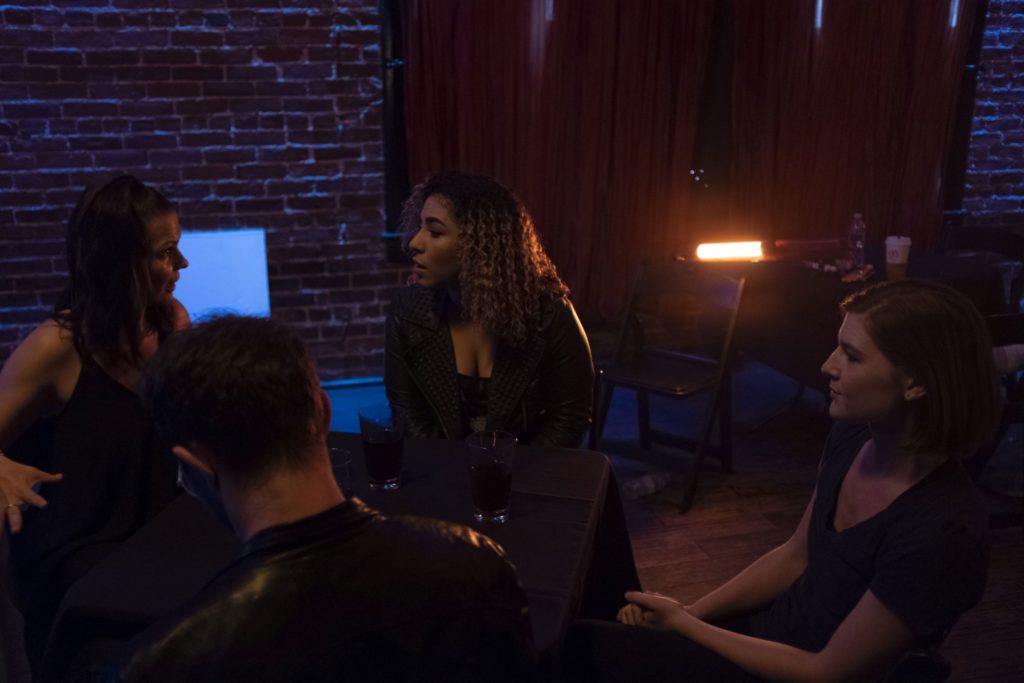 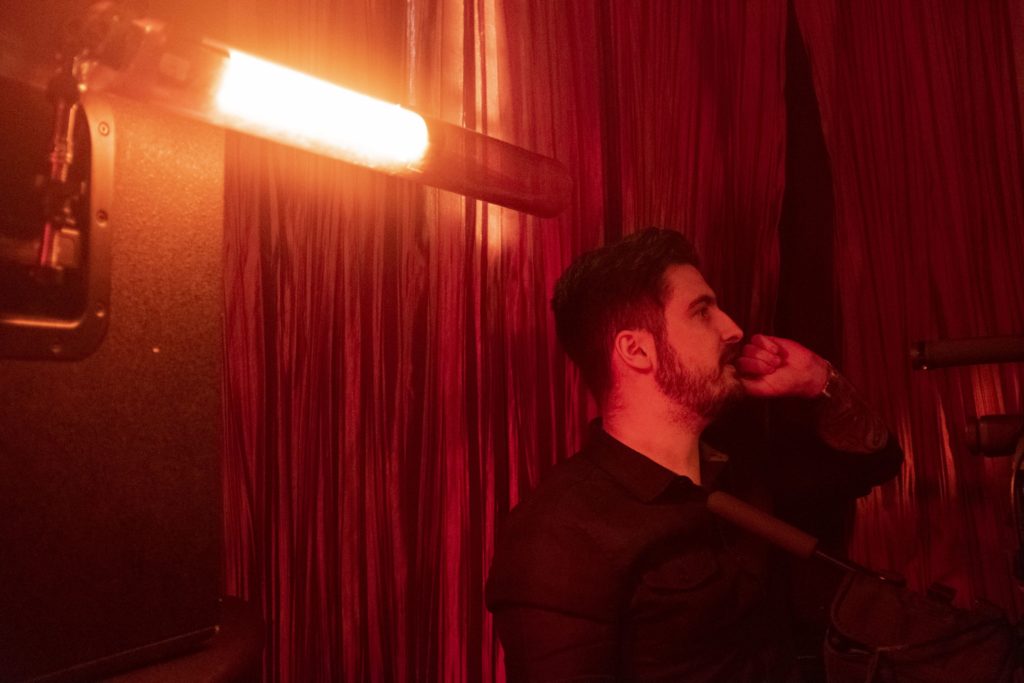 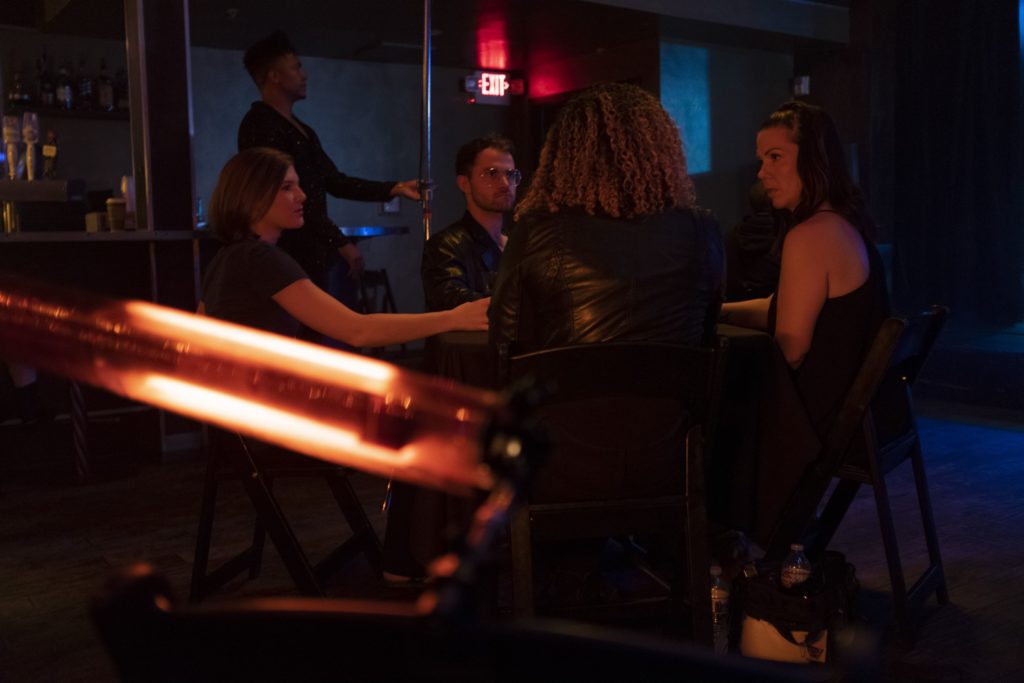 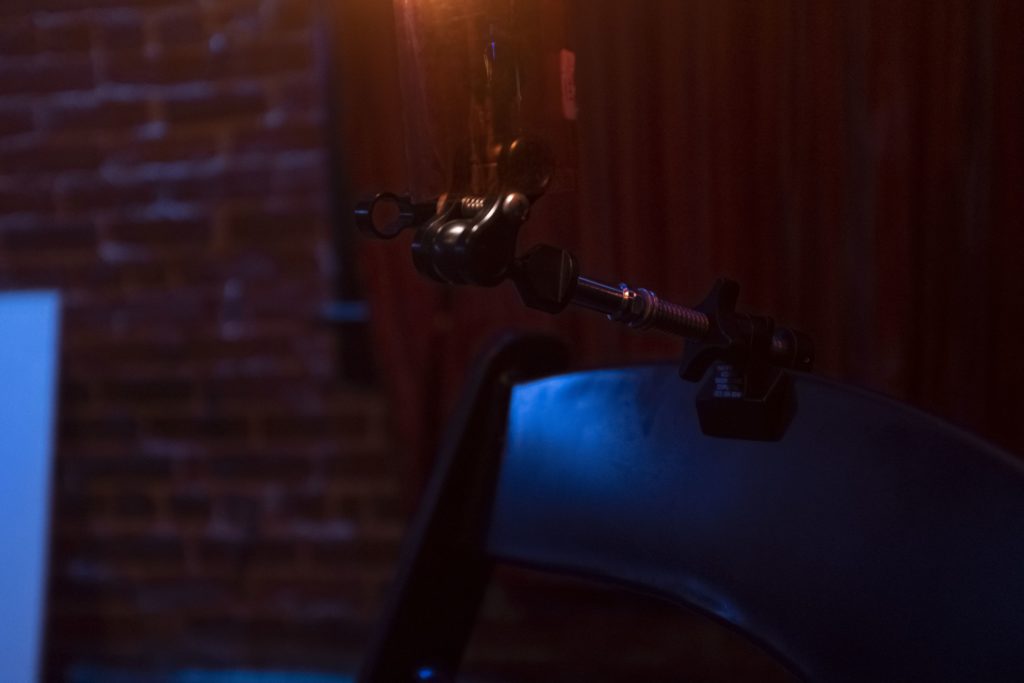 My second-use case was on Tiffany Dunn’s new music video. As usual for these kinds of things, the shoot was very run and gun and very last minute. We had an hour, basically. Instead of thinking too hard, we played within our restrictions and sped the playback song up 250% so we could film at 60fps and play it back at 24, giving us the “slow-mo but singing regular-mo” effect. This also gave us the “every take only runs 1:30” effect, which was clutch because we needed to shoot a bunch of takes to make it look interesting and were battling the sun.

My idea -which worked flawlessly- was to mount the Q10 to my camera cage with an arm, aimed as far left and up as possible, to act as Tiffany’s key. Since it was on-camera, the angle never changed relative to the camera and kept the look across shooting scenarios more or less consistent. We also shot a sit-down portion with the light shooting through 60” umbrella, giving us a really big, soft, beautiful key. For that rig, I just clamped the lamp to the light stand holding the umbrella and aimed it at the middle. Delivering in Black and White meant we didn’t have to worry about mixed color temps, instead focusing on exposure. Nice and easy. 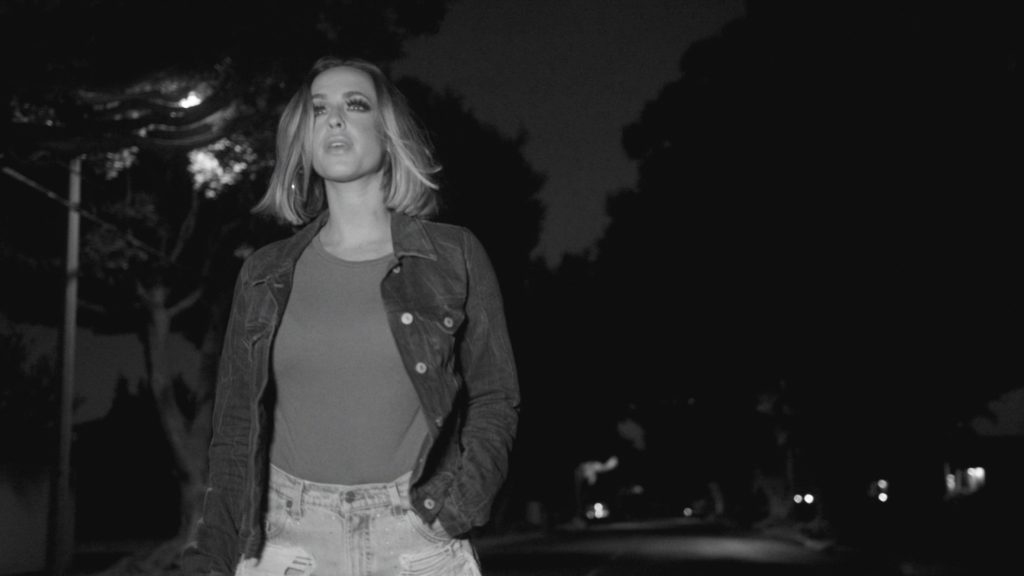 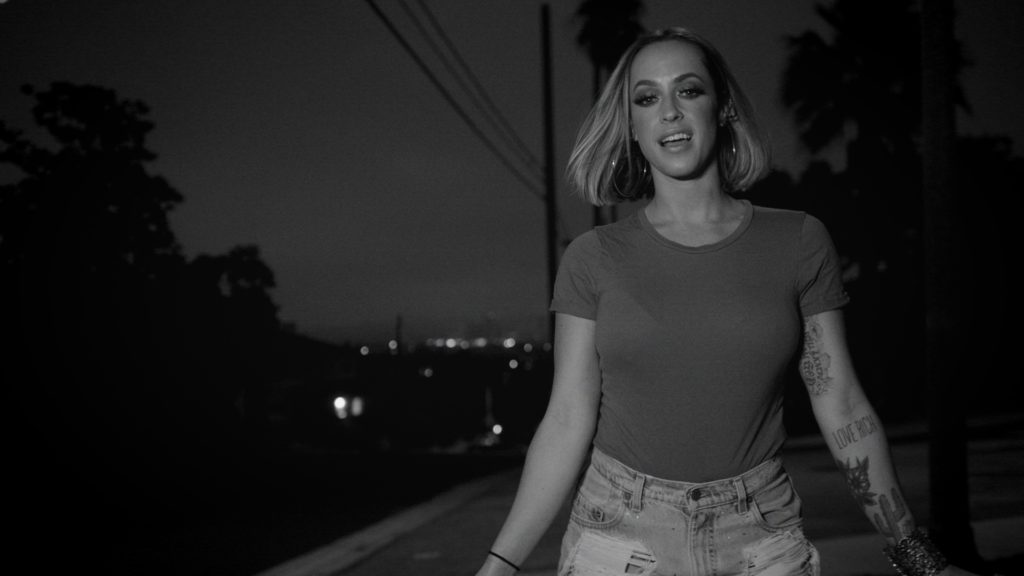 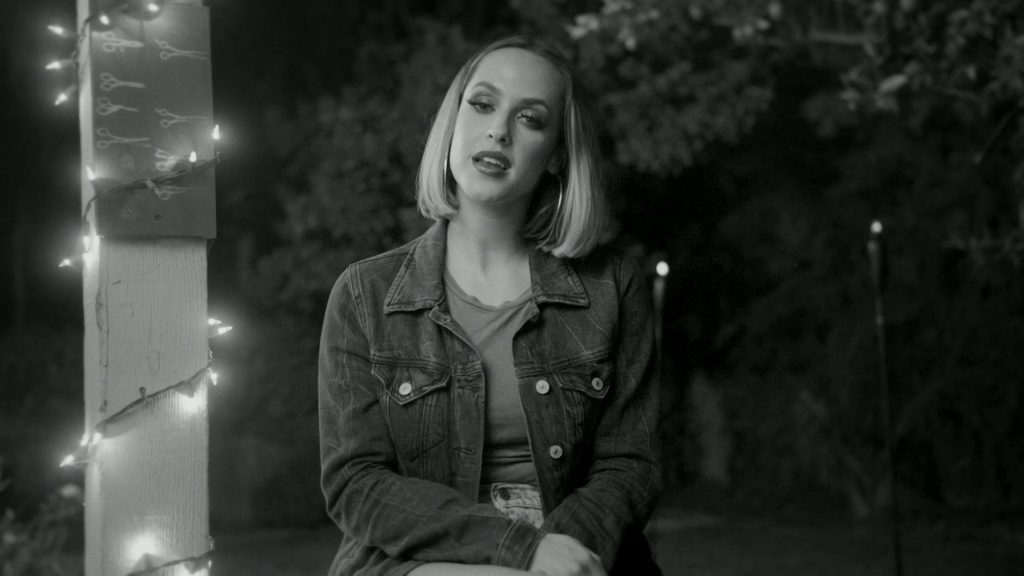 Every time I brought that little light out, people would remark about how bright it was. Every DP who used it immediately expressed interest in getting one. It’s really hard, surprisingly, to find good LED sources without sacrificing quality in some way or busting the bank, and this thing avoids both. With the new mounting kit from Filmtools you’ll be able to put it wherever your little heart desires, and with that kind of freedom, you really start to light how you want, instead of how you’re forced to, regardless of budget or scale.

Sundance Film Festival 2022: only for the fully vaccinated

In almost every application, LED lighting has fully taken over. You can’t even buy Tungsten Filament bulbs in California...