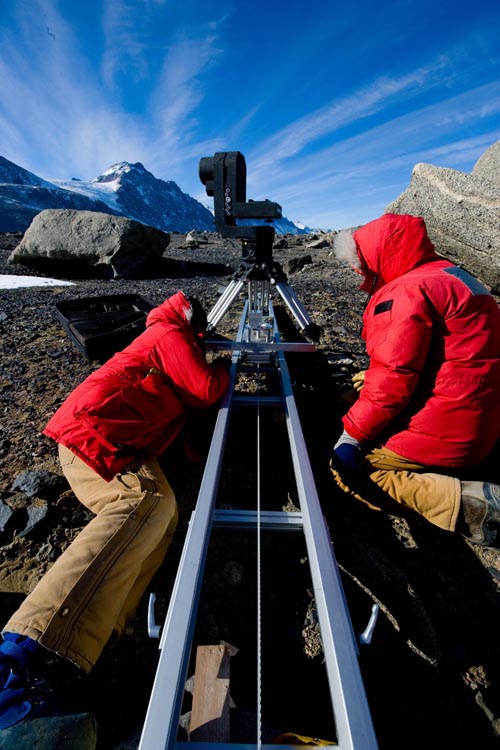 A Guild of Television Cameramen Workshop exploring the mysteries of motion control film and video production will be held in west London on Wednesday 9 February. The event will be hosted by motion control experts Kontrol Freax, featuring their Aurora rigs which were used on a recent two-year project for the BBC Natural History Unit’s ‘Frozen Planet’ series. Venue will be Dukes Island Studios, Dukes Road, London W3 0SL.

Commencing at 09.30, the workshop will include an introduction to motion control, examples of motion control shots, a practical demonstration of relevant equipment and a hands-on-session. Tickets are free to GTC members (non-members subject to a fee and availability). Full details can be found at www.eventelephant.com/gtc-moco

The Guild of Television Cameramen (GTC) is an independent non-profit-making international organisation that cares about TV camerawork and the people who make it their craft. Formed in 1972, the GTC has over 1,000 members in countries as far afield as Australia, Russia, Singapore, South Africa and the USA. The majority work in aspects of television ranging from corporate video production through news and current-affairs, sports and light entertainment, to documentary and drama. Run by a council of volunteer television professionals, the GTC is financed by subscription from its members as well as sponsorship from equipment manufacturers and suppliers. As a result, the GTC offers a channel for manufacturers to consult with working cameramen when designing new equipment. GTC membership is open to anyone employed as a television camera operator or in any associated occupation. See www.gtc.org.uk