Anecdotal reports, and my own experience, have shown me that the RED responds strongly to green light, or to the absence of green in light.

Geoff Boyle, cinematographer and owner of the Cinematography Mailing List, says he’s noticed that the RED responds strongly to the color green, and I did a shoot a while ago where I had problems correcting out a magenta cast. There is no “magenta” color in the light spectrum (it’s a color our brain makes up to represent a color that falls directly between red and indigo) so magenta light simply means that there’s not a lot of green present in relation to other colors. 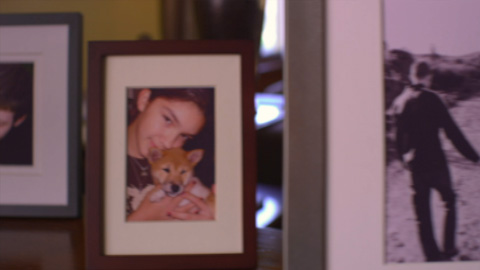 This is a shot I did for an as yet unreleased spot shot on the RED. I lit this with a diffused HMI PAR, and my color meter said that it was too magenta (minus green) by the equivalent of a 1/8 minus green (magenta) gel. I asked my gaffer to add 1/4 CTO and 1/4 minus green to warm the light a bit and to give it a bit of a reddish cast. Minus green (magenta) gel, mixed in the right amounts with CTO, has a nice salmon-y sunset look to it.

The still above shows how close I was able to correct this shot using the white balance picker in REDCine. It’s very, very magenta, much more than I thought it would be given my experience with other cameras. Here’s what I was able to do in Final Cut Pro using Magic Bullet Looks: 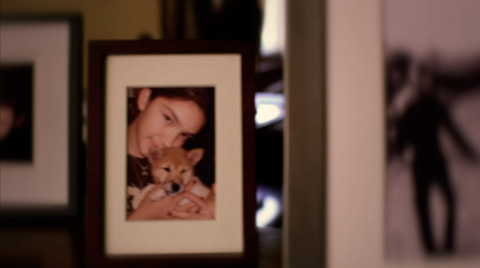 This was a very tough correction to pull off. I had a very narrow window between green and magenta that looked “right”. (A professional colorist, with professional tools, would have had an easier time of pulling back that shot than I did.)

This reminds me of one of my first RED posts where I discovered that the RED was overly sensitive to green spikes in hardware store-quality flourescents. Most HD cameras don’t see the green spike in cheap flourescents the way film does; RED sees it very much the way a film stock does.

All cameras have their oddities, and I’m more than happy to figure out ways to work around this one. The good news is that a spot I shot recently with the RED in a sun-dappled wooded exterior looked amazing specifically because the green leaves popped so nicely. The key is to identify the faults of a specific medium or camera and either avoid them or exploit them as necessary.