Last week, if you listened closely, you could hear a collective sigh of relief from the owners of the Hero2 prompted by the release of the Protune, the Hero2’s new firmware. Why the excitement? Protune endowed the camera to shoot 24p — definitely noteworthy… However, if the release of Protune was interesting, GoPro’s midnight announcement of a brand new camera system, the GoPro Hero3 is mind blowing.

The GoPro Hero3 actually comes in three different flavors, ensuring that everyone can have a piece of the action, no matter their technical needs or the size of their pocket book. The various feature sets are broken down into three different models: the White, Black and Silver. Prices and features vary and range from $199 to $399. What you can expect to see in all three models are a totally redesigned camera body that is 30% smaller, 25% lighter, a redesigned recording system, built in Wi-Fi, a reduced-distortion lens and completely redesigned flat-lens waterproof housing. 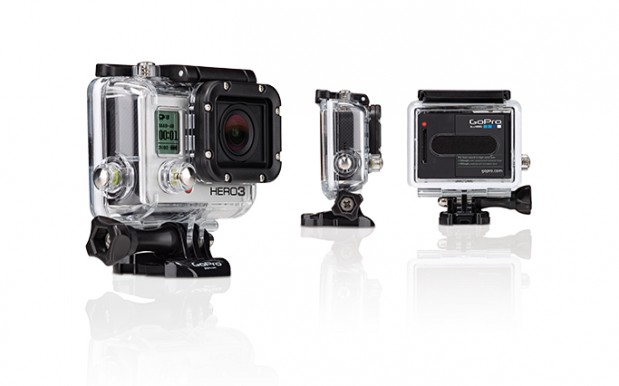 The Hero3 Black comes with all of the afore mentioned features, but it goes much further with 4k resolution making it the smallest cinema camera on the planet. The Hero3 Black is not only Wi-Fi compatible, but the GoPro Wi-Fi remote comes as a standard accessory. Couple that with the newly designed water proof housing and other mounting accoutrements and you’ve got an image arsenal that should be future proof for quite some time.

Despite all of the awesomeness this matchbox-sized wonder packs, it’s the cameras staggering resolution that eclipses all of its other characteristics. Here’s a break down of the Black’s video specs: 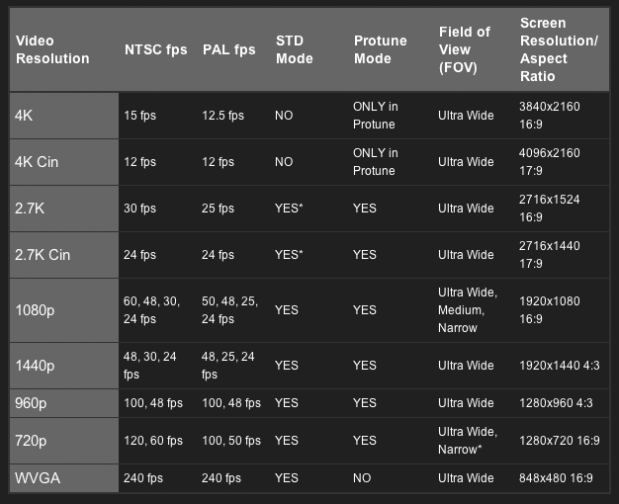 No matter which model of the Hero3 you choose, you can expect more megapixels. However, the Black delivers a whopping 12 megapixels. Here’s a bit more about the Black’s still capabilities:

Per the GoPro website, they will be shipping all models of the GoPro Hero3, October 31, 2012.

You can see GoPro’s press release here: http://bit.ly/V8YX1b For more information about the Hero3 and all of the GoPro products, go to their website at http://GoPro.com

I have not received compensation from GoPro for publishing this article.