Perhaps when you hear “mobile” and “grip” together, you tend to think of a one, three or five-ton grip truck. That is usually how grip arrives, right?  Well, what about when you need to get grip to a location that doesn’t have the option of renting that one or three or five-ton truck? You’re not going to be carrying your one-ton truck on a plane or into the desert or onto a mountain range. For this reason, having quality grip has often been out of reach for many documentary filmmakers.

You may not find clamps, stands, and frames as sexy a subject as camera or optics, but grip is the necessary and unsung hero in elevating a project’s production value, a hero you take for granted until you don’t have it.

I’ve had the great fortune of working with fantastic grip teams and rental kits that allow us to shape light in all sorts of ways.  However, recently on a six-episode doc shoot, rental options were limited or non-existent in the remote areas where we were filming.  Every crew member had to pull weight outside his or her department. The frames had to be fast and easy to assemble.  We needed everything to be as mobile as possible. The largest van we could rent was a 16 passenger van, which also had to carry 7 crew and a fixer. This meant building a grip package that could be checked on planes and would take up as little space as possible in the cargo area. 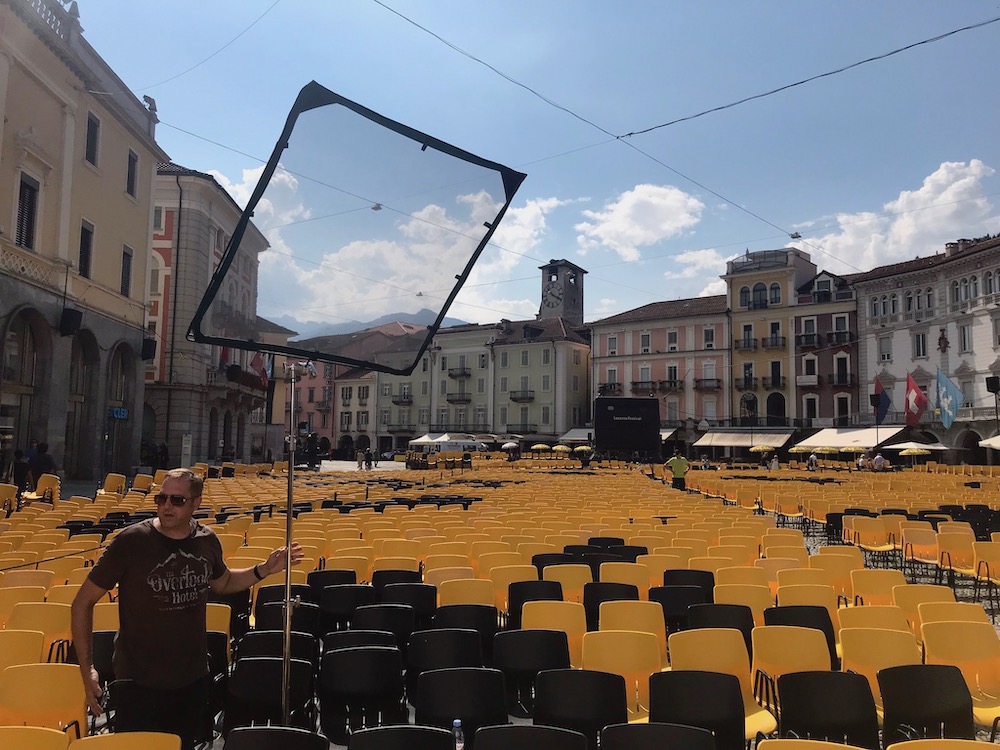 We started with the question:  What can’t we live without.  Obviously, frames and lights need sturdy legs. The C-stand is a fixture on every set on the planet, but for whatever reason, on many a doc set, I’m limited to flimsy “travel” light stands.  The problem is that those don’t hold up to travel and don’t take weight beyond a simple 1×1 LED panel or an Arri 300 tungsten fixture, which is even pushing it a bit.

Your typical century stand has an odd shape for packing, and tends toward a big no from the airline counter gatekeepers. We needed a turtle base — simply put, a base with a detachable riser element. Separating the C-stand base from the riser offers many portability options and gave us the ability to fit three C-stands in a single, flyable kit a little larger than a cine tripod hard case. This case is a stylish black and red and the interior is lined with a soft felt material that keeps all the metal pieces separate and scratch-free. The cases also rolls, which is quite necessary.

There is one small drawback. If you are flying internationally without a media pass, the weight of the kit may get the red light from the check-in counter. For Switzerland, we were over by 3 kilos, so we threw the knuckles into one of our personal bags to drop the weight. You may also be able to just take two if that serves your shoot better, but we needed all three and were happy to have them.

Maybe you haven’t given much thought to articulating arms in the grip world, but if you operate ENG or cinema cameras you know the frustration of having a bad one supporting your monitor or other camera accessories. While filming they can smack you in the face or tug on expensive cables at the worst possible time.

Matthews’ answer to this frustration is the infinity arm. 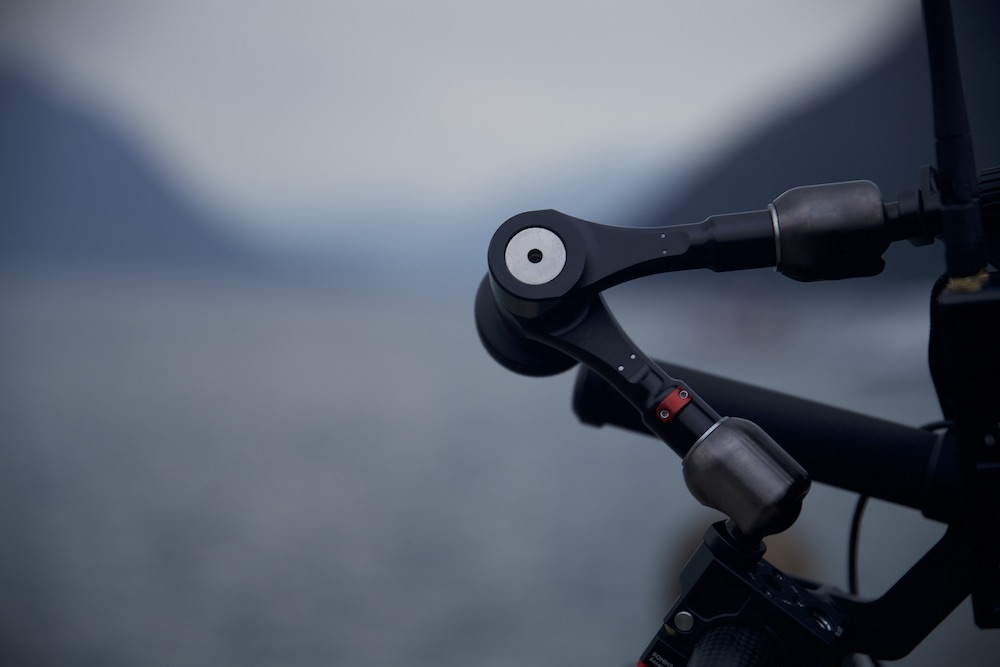 At first glance, the infinity arm is gigantic and seemingly a little expensive at just over $300.00. It also seems heavier and larger than other articulating arms, but once I put it on the camera I understood why. Sure, it’s big, but it is also bullet-proof and can hold anything. On the European project, I was shooting entirely with the RED DSMC 2 Monstro and RED Touch DSMC 2 7” monitor. To keep the kit small, I used the 7” monitor in both an EVF configuration (while shouldering the camera) and mounted to the top of the camera (while on sticks). In “EVF” mode, the infinity arm never swung around once, and the monitor felt rock solid.

The infinity arm uses a geared locking system of sorts designed to give you peace of mind. If you accidentally loosen the arm just a little bit, a bunch of gears built into the joint slowly click out of place. It’s tricky to describe in print, but the locking system leaves lots of room for user error. Matthews claims it can hold up to 32 LBS. and I have no reason to doubt that number. Over the course of a month’s filming, I supported everything from flags to cameras on that arm and at one point even a light.

A bunch of accessories (not included) gives you the freedom to turn the arm into the Frankenstein of your choosing. There are too many to list, but Matthews sells everything from a cheese plate kit to a baby pin adapter and 75mm or 100mm VESA monitor mount for the infinity arm.

Rags are notoriously difficult to take on the road, but they are absolutely necessary for any kind of interview setup and enormously helpful outside. There’s no reason you can’t bounce, diffuse, and filter your instruments in a doc scenario. Light a room the way you’d light for fiction, and then let your subjects live truthfully in more dynamic/cinematic truth. We fit two 48”x 48” frames as well as a scrim, silk and flag into a handy exterior pocket inside the C-stand case. My partner was often longing for an 8 x 8 frame on a few occasions, but we were grateful to easily fit 2 4×4’s into a relatively tiny case, so the 48 inch square really was the perfect dimension for our needs  (Matthews also sells smaller rags for smaller operations.)

These frames are sturdy, but Matthews warns that they are not designed for use in heavy wind. However, we did experience some intense alpine winds, and we never had a day in which I felt afraid the C-stand was in danger of toppling or that the frames would be compromised. (In those conditions, we had a member of the crew to hold the stand as a safety.)

This entire setup broke down into a single case which gave us the freedom to travel and build complicated lighting setups in a pinch. We also checked a MultiCart RockNRoller R12RT All-Terrain cart, which we absolutely used every day to transport the gear from the van to the shoot.  It’s not perfect, but we put that cart to the test on multiple terrains, and it never stuck, and its price point makes it a no-brainer.  I was pleasantly surprised that every single piece of gear survived the trip, holding up under the stress of baggage handlers, mountain filming and jostling in the back of the production van. I highly recommend renting G&E where possible, but not all projects allow for that, and with the right crew and equipment, bringing grip to remote locations can absolutely work. Lastly, if you are confined to budgetary restraints, you really can’t go wrong with the gear listed in this review. 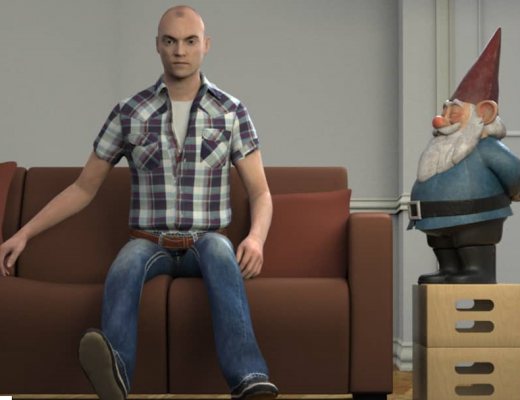 Ever been confused by the mysterious names and ways of grip hardware (like turning a “pancake” into a “pigeon... 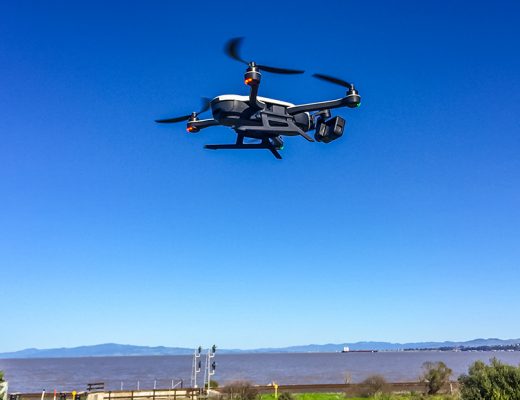 After the false-start on product launch last year which ended abruptly with a product recall, GoPro recently relaunched the... 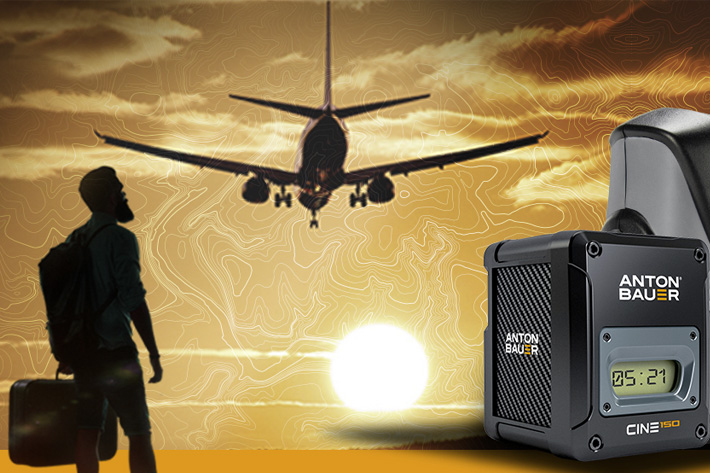 Since 2012 that traveling by plane with lithium batteries, which we use in so many devices, became a headache...