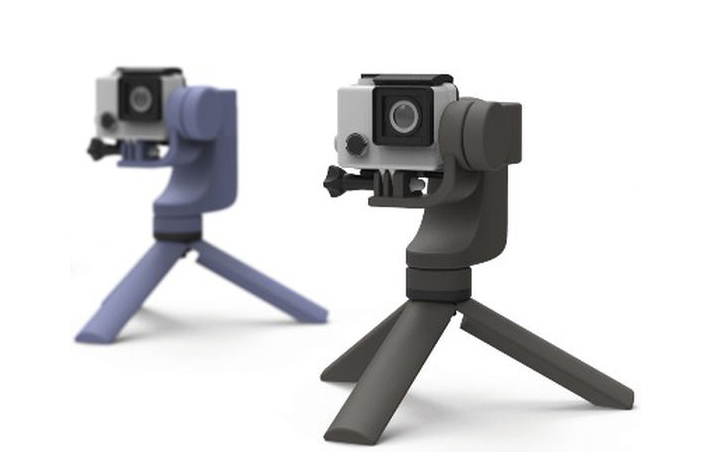 With the newly developed Gixal, action cam or smartphone owners will be able to shoot cinematic and stable videos from novel perspectives. The DSLR version comes next.

Making videos with our cameras, from big models to smartphones, became a routine. Still, videographers struggle with three problems while taking videos: shooting videos by themselves in a professional way, controlling the angle of camera remotely in any place, any condition and any perspective, and taking smooth, stable videos.

That’s where Gixal comes in. According the information provided by the company from Turkey responsible for the project, “current stabilizers in the market miss the first two problems and only provide stabilization.” This means that videographers working alone often face difficult moments when it comes to capture some footage and have to either hire staff or invest in solutions for their problem.

Gixal aims to solve all those problems with a system that for its first stage is geared towards action cameras and smartphones, providing a solution for users of those systems. Filmmakers, vloggers, travelers, artists, semi-professional videographers, wedding photographers, marketing agencies are the core public for the first version of Gixal, but the creators of the product say that the technology behind Gixal is also applicable for professional SLR cameras and, one must assume, mirrorless. This means that the next version of the product will target professional filmmakers using those systems.

Gixal is the first gesture controlled stabilizer with wearable camera remote to reach the market. Your camera mimics your movements as you tilt, pan or roll Gixal intuitively through the wearable controller, offering the option to capture images from unique perspectives. Moreover, it provides stabilization while shooting.

The system offers, according to the company, “several unique use cases in camera control”. For example, you can record your favorite bar band by just leaving Gixal on the stage; the Gixal and camera are, then, controlled with a remote controller mounted on your phone. Just move the phone intuitively while watching the concert. A rider can place the system on his/her motorbike, wear a remote on the helmet and enjoy riding. Most riders hate carrying camera and mount on helmet at high speed. With Gixal, riders just look at what they want to record even at high speed.

Gixal can be used in different ways. Here are some:

The first version of Gixal is developed with the GoPro in mind. The action cam market segment continues to expand, with an expected growth of %22 per year until 2023, and Gixal wants to have a share of the accessories market with their product. Smartphones are the second segment targeted, because high-end smartphones are using for video and customers are looking for more than selfie sticks. Smartphone camera accessories market reached $1 billion in 2016. According to a survey conducted by Statistic Brain, %25 of smartphone owners are planning to buy accessories for their cameras.

The project will launch a campaign on Kickstarter soon. To know more about Gixal visit the company’s website.