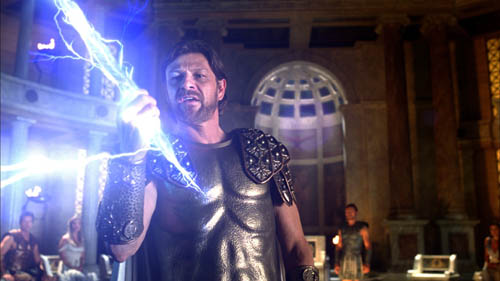 GenArts Inc., the premier provider of specialized visual effects software for the film, television and video industries, announced today that it has released its newest version of GenArts Sapphire™ 5 for Nuke and OFX host platforms. Already considered the industry-standard visual effects plug-ins for a variety of platforms, Sapphire 5’s benefits are now extended to Nuke users as well as those on other OFX hosts such as Fusion, Scratch, Toxik, Baselight, Film Master and Mistika. Using Sapphire 5, these artists will be able to add superb, high-quality realism to their composited shots faster than ever before, buying crucial additional time to finesse their shots.

Historically, film compositing artists have spent hours manually refining tiny details of the shots they work on so that all evidence of comps are removed. Until recently, the time spent on these projects has not been an issue; film artists have traditionally had long lead times to build and finesse their shots, and to make sure the results are perfect. But with tighter film budgets and shorter lead times – and the unchanging emphasis on perfection — artists and the post-production facilities that employ them now face the same time and budget quandaries as their counterparts in the faster-paced commercial and broadcast industries.

“Increasing budget and time constraints have really changed the way we work,” said Florian Gellinger, visual effects supervisor at Rise VFX. “We have far less time to complete our shots, so building all our effects by hand on Nuke using gizmos just takes too long. The availability of Sapphire 5 for Nuke will greatly enhance our pipeline because we can use it for our day-in, dayout effects without sacrificing any quality. This frees our artists to focus more time on the really unique shots.”

“Commercials and broadcast artists have always been squeezed between the intense pressures of budget and time constraints, and the challenge to constantly push the envelope in audience experience. GenArts Sapphire has been an indispensible toolset for solving this puzzle for many years,” said Richard Shackleton, head of product development at The Foundry. “Now that film artists are beginning to see the same constraints, the combination of Nuke and Sapphire 5 is poised to help them exploit the exact same benefits. Using Nuke and Sapphire 5, artists can add breathtaking realism to their comps in a fraction of the time it takes to build them by hand, while maintaining image quality.”

“GenArts Sapphire 5 extends its 13-year legacy as an essential tool for compositing artists around the world because it delivers the highest image quality available, it’s lightning-fast and it supports every major host platform,” said Steve Bannerman, CMO of GenArts. “As the momentum of new host platforms such as Nuke continues to evolve the composition of pipelines around the world, Sapphire 5’s cross platform compatibility has become a key factor in the growing industry trend toward pipeline standardization. Sapphire is used by thousands of artists around the world, from large post-production houses to freelancers and consultants. It facilitates versatile workforces, giving post-production facilities the freedom to create flexible business models that support today’s reality of higher quality projects with fewer resources.”

Pricing and Availability
GenArts Sapphire 5 for Nuke/OFX is available immediately. Floating licenses for Nuke, Fusion and Toxik are priced at $2,499; node-locked licenses are available for $1,699. Rental licenses are now available for the first time for $169 per month. Current users may upgrade to Sapphire 5 for
$599. Please contact [email protected] for Baselight, Film Master, Scratch and Mistika pricing.

Since the company’s founding in 1996, GenArts software has been utilized in thousands of films, television broadcasts and commercials, including more than 20 Oscar-nominated pieces such as Titanic; I, Robot; Armageddon; Star Wars Episode I, II and III; The Matrix trilogy; The Lord of the Rings trilogy; Pearl Harbor; Spider Man; Pirates of the Caribbean; Harry Potter and the Prisoner of Azkaban; Transformers; The Chronicles of Narnia: The Lion, the Witch and the Wardrobe; Avatar and many more.