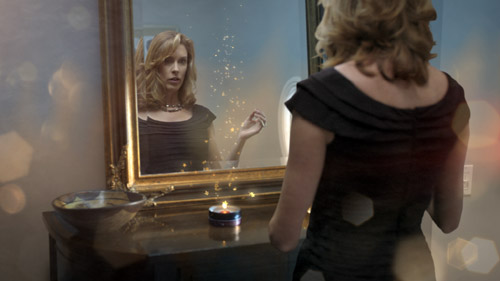 GenArts, Inc., the premier provider of specialized visual effects software for the film, television and video industries, announced today the immediate availability of GenArts Sapphire™ 5 for Adobe After Effects. Unveiled in April at NAB 2010, Sapphire 5 raises the bar in visual effects by coupling the creativity, quality and reliability Sapphire is known for with GPU-optimized performance, a range of new effects and transitions, and full CS5 compatibility.

GenArts Sapphire has gained a following among the world’s best visual effects artists as the industry-standard plug-in suite. Used in countless films, television broadcasts and commercials, Sapphire is the essential tool in the professional artist’s toolbox. Now, After Effects artists may take advantage of these key additional benefits:

• Enhanced productivity-Sapphire 5 provides GPU acceleration for lightning-fast render speeds and full interactivity at HD resolutions.
• Greater creativity-Sapphire 5 delivers full floating point support for amazing image quality and maximum dynamic range to enable a level of creativity that sets your work apart from your competitor’s. It also offers many new transitions and effects such as TVDamage and Technicolor.
• CS5 compatibility-Sapphire 5 is 64-bit and fully supports Adobe’s new CS5 release.
• All at a special upgrade price (50% off the regular upgrade price) designed to make the transition to CS5 as seamless as possible for current Sapphire customers.

“While visual effects are certainly essential in today’s film and television industries, artists are constantly challenged to create fresh, compelling content that sets them apart from their competitors — on budget and on time,” said Steve Bannerman, CMO, GenArts. “With Sapphire 5 in their arsenal, After Effects artists will be able to push the limits of their creativity, generating one-of-a-kind looks without sacrificing deadlines.”

Pricing and Availability
GenArts Sapphire 5 for Adobe After Effects is now available for both Windows and Mac.
(Sapphire 5 AE for the Mac will be fully GPU accelerated at a later date and will be available to Sapphire 5 AE Mac customers as a free update, when available.) Floating licenses are priced at $2,499; node-locked licenses are available for $1,699. Users may upgrade from either Sapphire version 1 or 2 to Sapphire 5 for the special price of only $299, and monthly rental licenses are priced at $169. Support for Sapphire version 1 for After Effects will end effective August 31, 2010.
Since the company’s founding in 1996, GenArts software has been utilized in thousands of films, television broadcasts and commercials, including more than 20 Oscar-nominated pieces such as Titanic; I, Robot; Armageddon; Star Wars Episode I, II and III; The Matrix trilogy; The Lord of the Rings trilogy; Pearl Harbor; Spider Man; Pirates of the Caribbean; Harry Potter and the Prisoner of Azkaban; Transformers; The Chronicles of Narnia: The Lion, the Witch and the Wardrobe;
Avatar and many more.

About GenArts
GenArts, Inc. is the premier provider of specialized digital visual effects software for the film, broadcast and video industries. As visual effects have become essential to the art of storytelling, GenArts’ tools have emerged as the standard for creating breathtaking visual effects in thousands of feature films and television shows, and more than 5,000 commercials and music videos. The explosion of online and corporate video creation has led to the widespread adoption of GenArts software by a range of S&P 500 companies, leading museums, and educational institutions for communications, marketing and learning applications. GenArts’ software enjoys the unique distinction of having been a key component of an Oscar-nominated film for the past 13 consecutive years.

The GenArts Sapphire™, Monsters™, Raptors™, Tinder™ and particleIllusion™ portfolio equips digital artists with a collection of state-of-the-art visual effects such as glows, light rays, lens flares, film, fire, fluid and particles to create the continually innovative looks that bring the entertainment industry’s dazzling stories and broadcasts to life. GenArts’ tools seamlessly integrate as software plug-ins into all leading editing and compositing systems. GenArts was founded in 1996 in Cambridge, Mass. www.genarts.com.