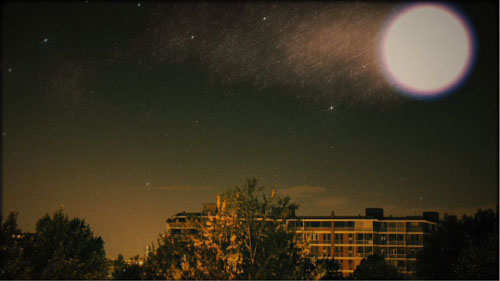 GenArts, Inc., the premier provider of specialized visual effects software for the film, television and video industries, announced today the availability of GenArts Monsters GT™ for Adobe After Effects on Windows. With a one-of-a-kind collection of effects that encourages endless creativity, Monsters GT is the perfect complement to the everyday tools found in industry-standard Sapphire 5 for After Effects.

First unveiled in April at NAB 2010, Monsters GT for After Effects enables the ultimate in originality, with an array of more than 50 distinctive effects, most of which are completely unique:
• Stylize effects such as CCTV, NightVision and Brush
• Warps and distort effects such as HeatHaze, Puddle and Ripple
• Particle and fluid dynamics effects such as Fire, Rain, Puddles and Smoke
• A series of smooth, particulate and stop-motion trails effects

“As a creator of short films and videos, I’m constantly searching for new effects that allow me to craft that special look that will really wow my audience,” said Davide Pepe, an independent filmmaker/artist from Bologna, Italy. “Monsters GT gives me effects like Fire, Clouds, Brush and Rain that are fast, easy and fun to use. This is the first time something really new has been available for After Effects in quite some time. I feel like I have a whole new world of creativeoptions.”

“GenArts tools have built an enduring reputation as essential elements of the toolkits of the world’s best artists,” said Steve Bannerman, CMO, GenArts. “Monsters GT continues that tradition with a new suite of inspired effects crafted to perfectly complement Sapphire. This new release is an important step toward our vision of offering customers the most comprehensive set of products across multiple host platforms so that they can amplify their creativity and dazzle their audiences and clients.”

Pricing and Availability
Monsters GT for Adobe After effects is now available for Windows. (The Mac version will be available in summer 2010.) Pricing is $999 for either node-locked or floating licenses. A GenArts Sapphire/Monsters bundle is available for $2,299 (node-locked only). Existing Sapphire for After Effects owners can purchase Monsters GT and an upgrade to the 64-bit Sapphire 5 or After Effects for a special price of $999.

Since the company’s founding in 1996, GenArts software has been utilized in thousands of films, television broadcasts and commercials, including more than 20 Oscar-nominated pieces such as Titanic; I, Robot; Armageddon; Star Wars Episode I, II and III; The Matrix trilogy; The Lord of the Rings trilogy; Pearl Harbor; Spider Man; Pirates of the Caribbean; Harry Potter and the Prisoner of Azkaban; Transformers; The Chronicles of Narnia: The Lion, the Witch and the Wardrobe; Avatar and many more.

About GenArts
GenArts, Inc. is the premier provider of specialized digital visual effects software for the film, broadcast and video industries. As visual effects have become essential to the art of storytelling, GenArts’ tools have emerged as the standard for creating breathtaking visual effects in thousands of feature films and television shows, and more than 5,000 commercials and music videos. The explosion of online and corporate video creation has led to the widespread adoption of GenArts software by a range of S&P 500 companies, leading museums, and educational institutions for communications, marketing and learning applications. GenArts’ software enjoys the unique distinction of having been a key component of an Oscar-nominated film for the past 13 consecutive years.

The GenArts Sapphire™, Monsters™, Raptors™, Tinder™ and particleIllusion™ portfolio equips digital artists with a collection of state-of-the-art visual effects such as glows, light rays, lens flares, film, fire, fluid and particles to create the continually innovative looks that bring the entertainment industry’s dazzling stories and broadcasts to life. GenArts’ tools seamlessly integrate as software plug-ins into all leading editing and compositing systems. GenArts was founded in 1996 in Cambridge, Mass. www.genarts.com.