Pentax has finally revealed their full frame camera, the K-1, which will be on display at the CP+ 2016 photography fair, between February 25 and 28. It’s a photographer’s camera with some video features for Pentax users. 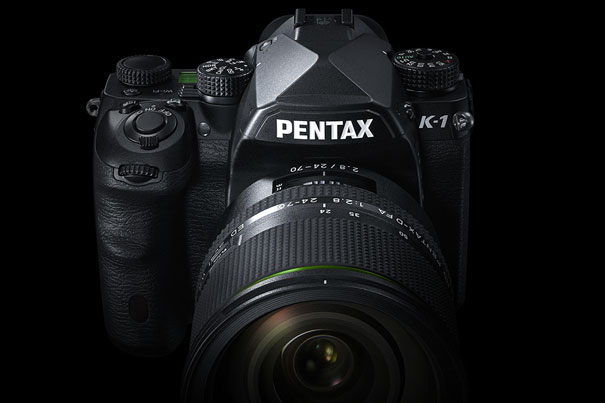 The Pentax K-1 offers a lot of new things, some very particular to the Pentax – and Ricoh now – philosophy, and is a welcome addition to the full frame segment of the market. In terms of video it does not follow the 4K trend some think is a must these days, but still offers enough video options for photographers wanting to dabble in the area.

In fact, looking at the specifications available, the Pentax K-1 seems more than able to satisfy the REAL needs of many people, mainly those that use Pentax, have invested in lenses and want to step up to a new size of sensor. Anyone also looking for a full frame option from a name that continues to create DSLRs should also look here. Pentax is still in the DSLR business, together with Canon and Nikon.

But there is more and this is something that might interest those into time lapse movies. The camera provides what Ricoh calls “interval movie mode”, which captures a series of 4K UHD-resolution (3840 x 2160 pixels) movie clips at a fixed interval. The K-1 also offers a host of distinctive visual effects available for movie recording. 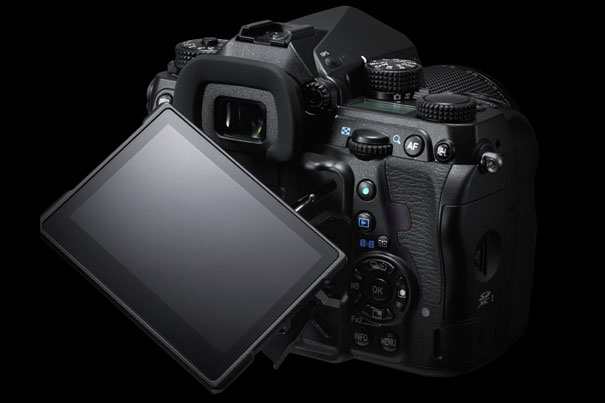 Featuring a large CMOS sensor, equal in size to the full image area of 35mm film, with approximately 36.4 effective megapixels, the Pentax K-1 uses a host of the latest technologies from Pentax. A new-generation shake reduction mechanism effectively reduces camera shake along five axes with a compensation range of five shutter steps. This mechanism also shifts the image sensor unit by a single pixel to ensure super-high-resolution digital imaging. An extra-accurate exposure-control mechanism is supported by state-of-the-art artificial intelligence technology.

Within its compact body, the K-1 also provides an array of Pentax-original features and functions, including a flexible tilt-type LCD monitor that can be tilted to the desired angle horizontally and vertically without deviating from the lens’s optical axis; an Operation Assist Light function to facilitate camera operation in the dark; and an optical viewfinder with a nearly 100-percent field of view. 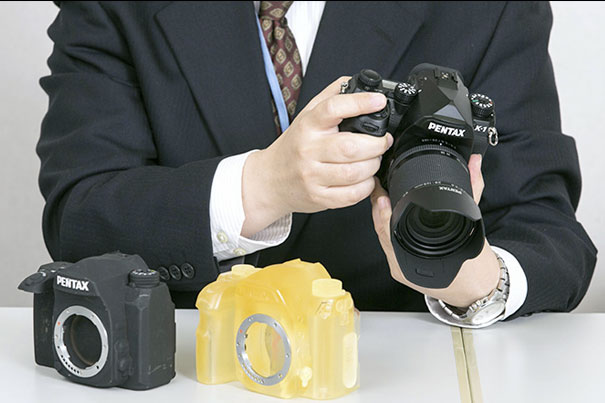 A camera that astronomy photographers will love, the K-1 also provides a set of other unique tools, including: Electronic Compass, which displays the camera’s direction on its LCD monitor; GPS log, which keeps track of the photographer’s movement; and ASTRO TRACER, which simplifies the tracing and photographing of celestial bodies by coupling GPS data with the camera’s SR (Shake Reduction II mechanism, with a flexible design that tilts the image sensor unit in all directions.

The Pentax K-1, according to Ricoh, is the product of “its designers’ devotion and enthusiasm” but also a camera that serves Pentax’s users. The decision to build a DSLR able to use the K-mount lenses was the result of meetings at Photokina with Pentaxians (name given to Pentax enthusiasts). The team behind the project discovered that “the answer is always found in the user’s voice” and decided to forget building a new mirroless system with a new lens mount, an idea that was being discussed at the time, and “develop an SLR camera which would let our users use their K-mount lenses, and would feature the optical viewfinder that has been so highly praised by them.” That’s how the Pentax K-1 was born! 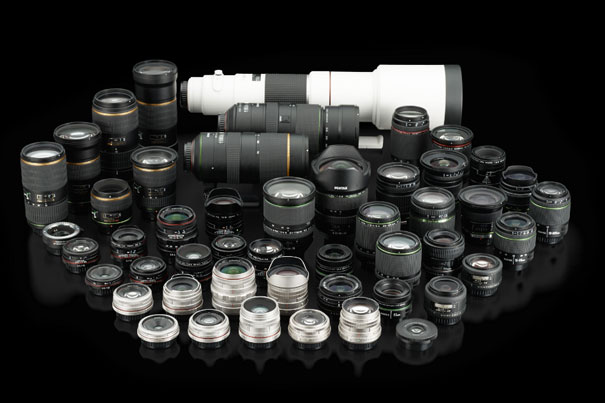 The Pentax K-1 will be on display at the CP+ 2016, Camera and Photo Imaging Show, in Japan, from February 25 to 28, with a “touch and try” option for visitors, extensive stage presentations a gallery of sample photographs and more. There will be a special section of the stand devoted to the technologies used inside the Pentax K-1.

The list price for the Pentax K-1 is $1799, which is very competitive in the segment it belongs to. And with a huge collection of lenses, both old and new available, this is a DSLR system offering a reliable and long term investment.