Last year, I got a peek at SLR Magic’s Anamorphot 65 add-on anamorphic adapter kit for Fujinon’s MK series lenses. It’s just part of the reason that when I was offered the opportunity to test one, I jumped at the chance.

As a glass guy, I’ve always had a fondness for anamorphic lensing, even though they can be rather difficult to work with. They harken back to the analog era, the true “golden era” of Hollywood bursting into wider and wider movie screens at a time when a 4×3 film frame would need to be radically cropped to achieve widescreen status for projection. Anamorphic lenses came onto the scene in the 195os to allow Hollywood to maximize the image for widescreen projection.

The lens design does this by optically “squeezing” the horizontal width during acquisition, then “stretching” the width back to normal using a corresponding lens on the projector. Because of this, anamorphic optics have properties beyond the lens flares. These lenses tend to have a fairly limited, central area of critical sharpness. It degrades in the image as you get further from that central focus, giving out of focus areas a soft, etherial bokeh and a distinctive look. Anamorphic’s were initially developed with a 2x stretch factor, delivering a widescreen image that is roughly 2:40:1 from that 4×3 film frame, allowing anamorphicly shot 35mm film to surpass the quality of cropped 65mm and 70mm frames, while reducing the production costs associated with a larger camera and and the post-production issues editing the larger negative format. Due to the increase of 16×9 aspect cameras in recent years, manufacturers now support the 1.33x squeeze factor for their anamorphic lensing.

Achieving a shallow depth of field has been a driving factor in cinema, and people don’t realize that “visual look” is a carryover from the earliest days of widescreen cinema. The anamorphic lenses that created the original widescreen looks were effectively cheating the view, giving the bokeh and characteristics of a lens longer than is expected for the given field of view. When shooting with a 2x series anamorphic lenses, a 50mm lens has the field of view of a 25mm lens, effectively forcing you to shoot with a focal length longer than you’re accustomed to working with to match the field of view you expected using conventional spherical optics.

The SLR Magic kit I tested came with both of the MK zoom lenses, 18-55mm and 50-135mm, the screw-on Anamorphot lens adaptor, a lens support stage and a PDMovie wireless motor set included to allow a simple, controlled way to correlate the adapters focal point to that of the lens. While nothing I ever get comes with a manual, I was able to download the manuals and watch a short video on the setup and calibration to get going very quickly. Using any lens adaptor takes a bit of tweaking and one that utilizes a synchronized pair of lens motors to align two focal points from misalignment took more time to reduce any secondary distortions or aberrations.

The MKLens and SLR Magic adapter system worked remarkably well, This is a true, low cost solution, giving me a full range set of “variable prime” focal lengths when using a single zoom lenses, making this a cost-effective anamorphic solution for low to mid-budget filmmaking without killing either your production or post budgets. I will note that the cost savings does come with caveats, you will need to monitor the configuration and plan to add additional time for the initial configuration, as well as daily setup and lens adjustment into your schedule.

The 1:33x squeeze of the image means that the16x9 image you are accustomed to, evolves into the 2:40:1 widescreen aspect without loss of quality. If you ever edited HDV, DVCam or DVCProHD you will recognize the aspect ratio of the recored image, since nearly all of the early digital widescreen formats used that same 1:33x squeeze compression ratio when recording. 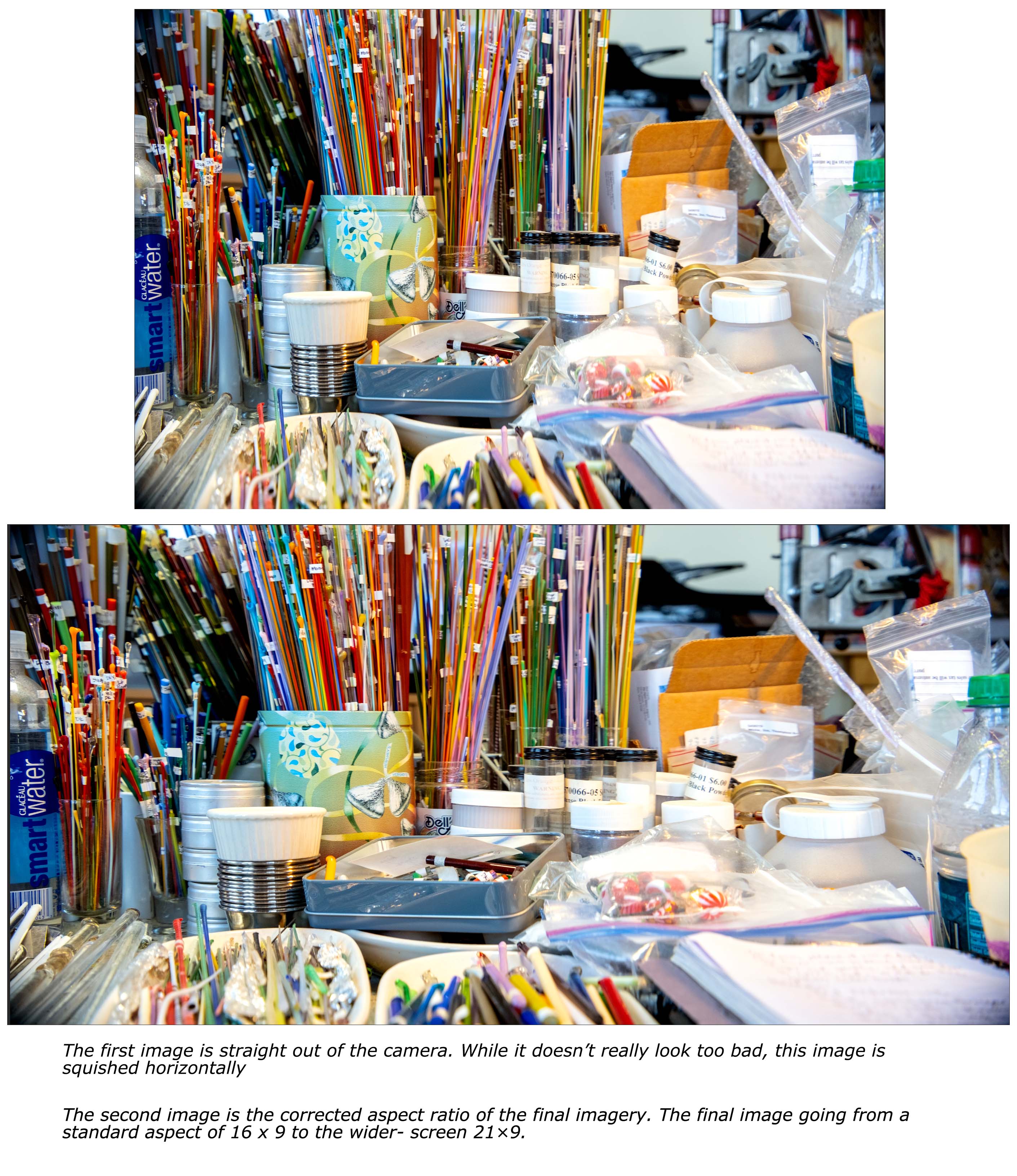 I have to note that the Anamorphot 65 actually weighed more than the individual MK lenses did, making the configuration notoriously front heavy. I found the gearing on the PDMovie motors to have a bit more give than I am accustomed too, occasionally slipping when focusing the weighty adapter.

I also wanted to see what would happen should a user forget to align the focal length of the adapter to the lens’ focal distance. Remarkably, I found out that keeping the Anamorphot adapter focus set to roughly 7ft /2m allowed the widest usability, allowing critical focus from 3ft/1m to about 20ft/6m without noticeable degradation of the image. This would allow a small production to work quickly with only moderate camera changes when outside of the midrange of focus. While having the lens and adapter optics out of sync with each other increased some color aberration and distortion on the edges of my images, it did so without degrading the center area of sharpness measurably and gave a differing look that could be useful many projects.

I found the SLR Magic Anamorphot 65 adapter extremely easy to use once set up. The adapter and Fujinon lens combination offers filmmakers a viable, professional, cost-effective way to bring anamorphic style and look to their production. It’s available for a wide range of lens diameters and focal lengths from your local dealer or online. I tested with other lenses in my kit, however it really shined when paired with the Fujinon MK series zooms, giving me capabilities and functionality similar to what a full set of anamorphic lenses would do, at a fraction of the cost of owning or even renting them.