Today, via a zoom press conference, Fujinon announced two new Box Lenses and a new broadcast portable zoom. Two of these branded as 8K capable. But, this announcement was not only about the glass hardware. FUJINON also announced a handful of beneficial features around image back focus and even illumination across the entire picture. All of these lenses are due to be released in the summer of 2020 and the fall of 2020. Let’s head to the 8K lenses to lead off. 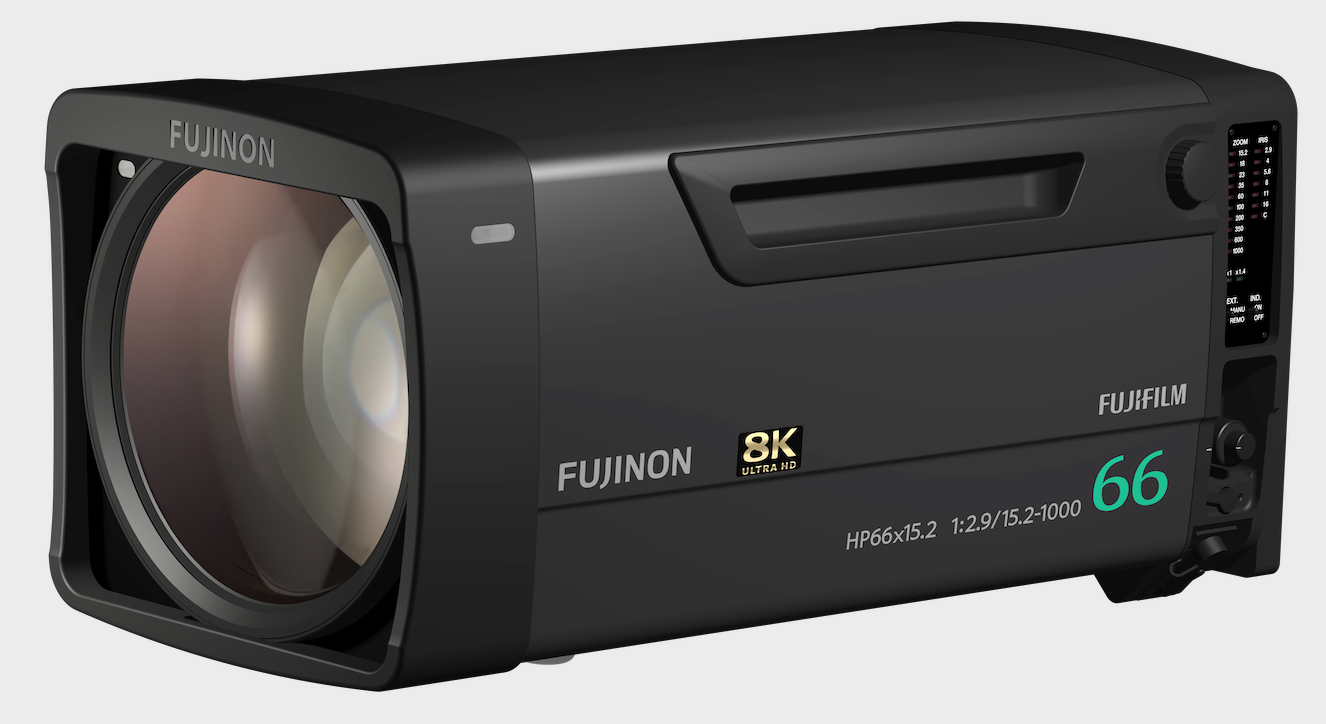 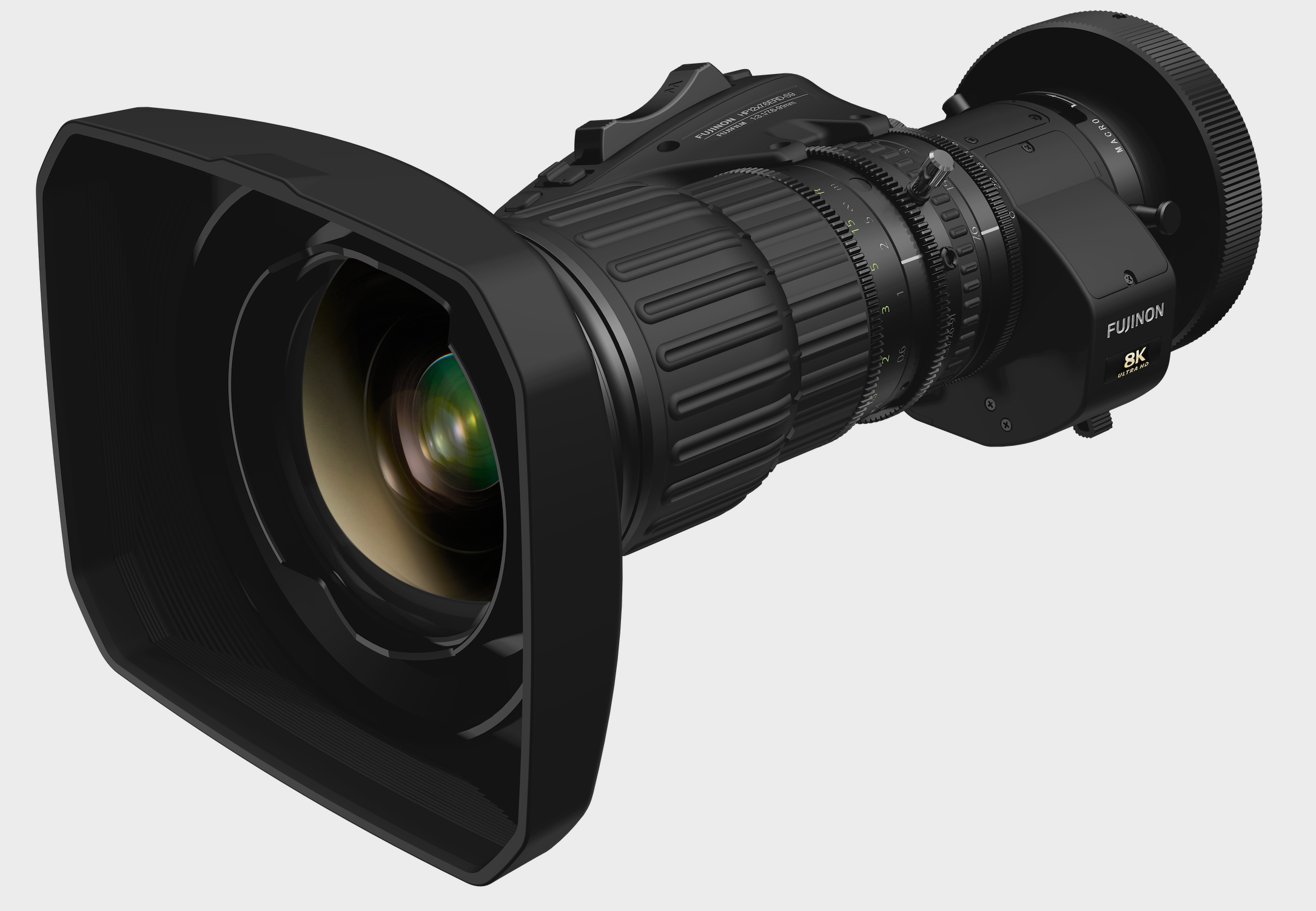 The HP66X15.2 also features the latest high-performance optical image stabilization mechanism to make 8K production at long focal lengths rock steady. Both lenses can be used with the newest generation of focus accessories to achieve the advanced level of focusing precision that 8K demands.

Then FUJINON announced the UA125X8BESM (UA125X8), a 4K-compatible broadcast lens with the world’s highest zoom ratio of 125X. 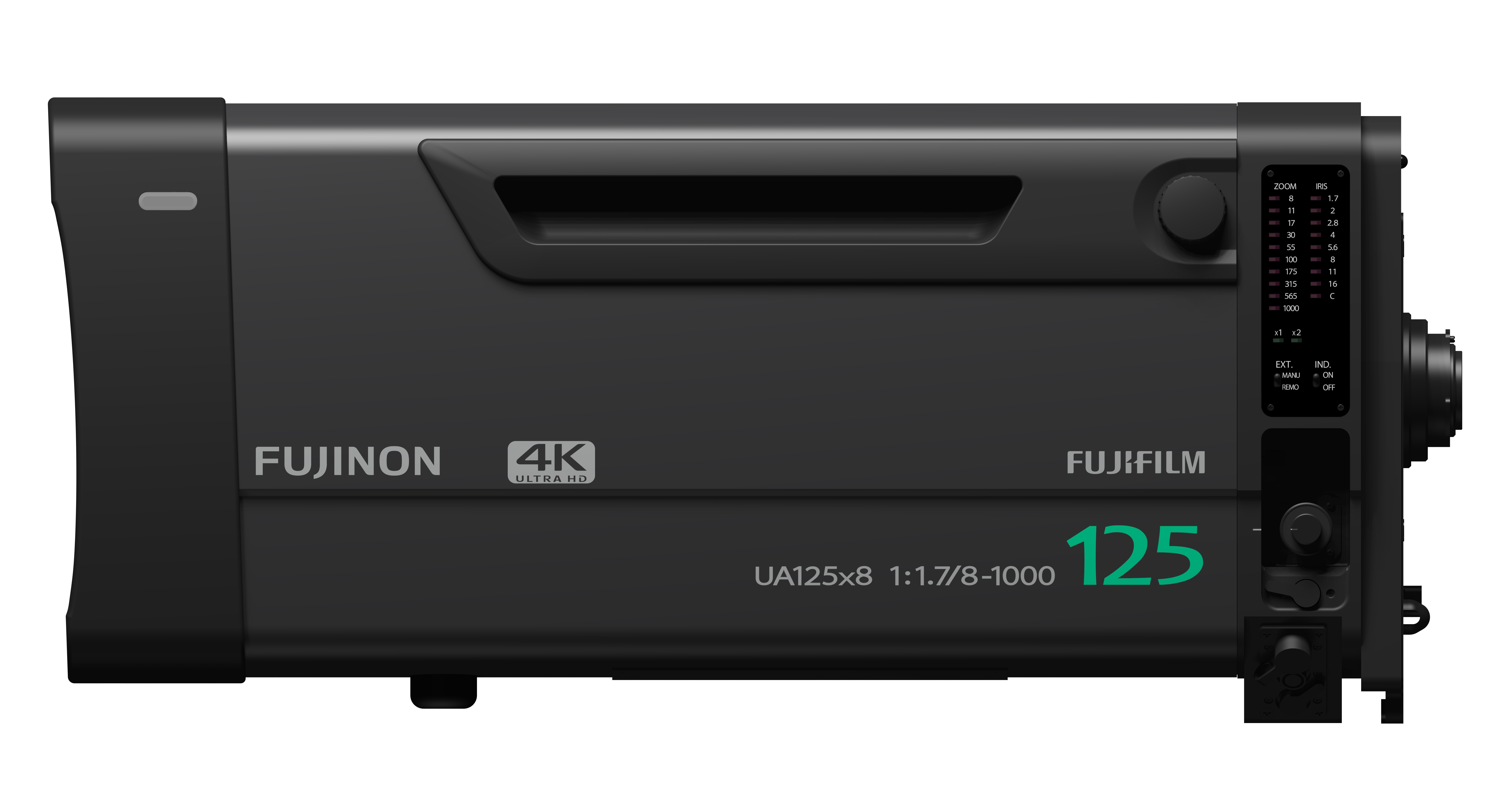 The UA125X8 box lens covers a focal length from the wide-angle of 8mm~1000mm, with an F1.7 aperture. It is now the longest and widest 4K field lens for Ultra HD applications in the FUJINON UA series, designed for unparalleled 4K performance imaging from today’s new 4K 2/3″ cameras.

The ARIA technology works through a sharing of lens design characteristics and positional metadata between the FUJINON broadcast lens and the camera. In the optical design of broadcast lenses, engineering trade-offs must be made to provide desirable zoom ratios at a usable size and weight. As a result of these compromises, two major optical phenomena have always existed. The ARIA feature eliminates both.

The first optical phenomenon is F-Stop, or exposure ramping, at the telephoto end of the zoom. Currently, this effect can be seen when the lens zooms from wide to telephoto, as it loses exposure beyond a specific focal point. This ramping curve is part of the lens design and is consistent among all serial numbers of each model. With ARIA turned on from the camera remote control panel (RCP), the lens transmits the known focal length position from internal 16-bit encoders and the F-Stop/exposure ramping curve. In turn, the camera introduces the appropriate amount of gain to seamlessly counter the darkening of the image, resulting in a consistent exposure level throughout the zoom range of the lens.

All broadcast lenses require a calibration of the lens to the camera sensor to ensure proper performance. This calibration, commonly known as back focus, may require adjustments at various points due to factors such as a significant temperature fluctuation. This manual adjustment is typically performed locally by a camera operator or technician, often in an OB van at sporting and entertainment events, There are many instances where it is challenging or impossible to adjust the back focus from the lens due to the nature of the setup, for example, when it is being mounted on a helicopter, SkyCam, robocam, or other location with limited accessibility.