Hip-hop is more than a musical genre, it is an entire subculture that includes unique musical and vocal styles, dance moves, and distinctive fashion. Director Sacha Jenkins created Fresh Dressed, screening at the 2015 Sundance Film Festival, to document the history of hip-hop fashion from its birth in the South Bronx to its rise as a billion-dollar industry. The film is produced by CNN Films and accomplished editor Andrea B. Scott cut the film using Adobe Premiere Pro CC. 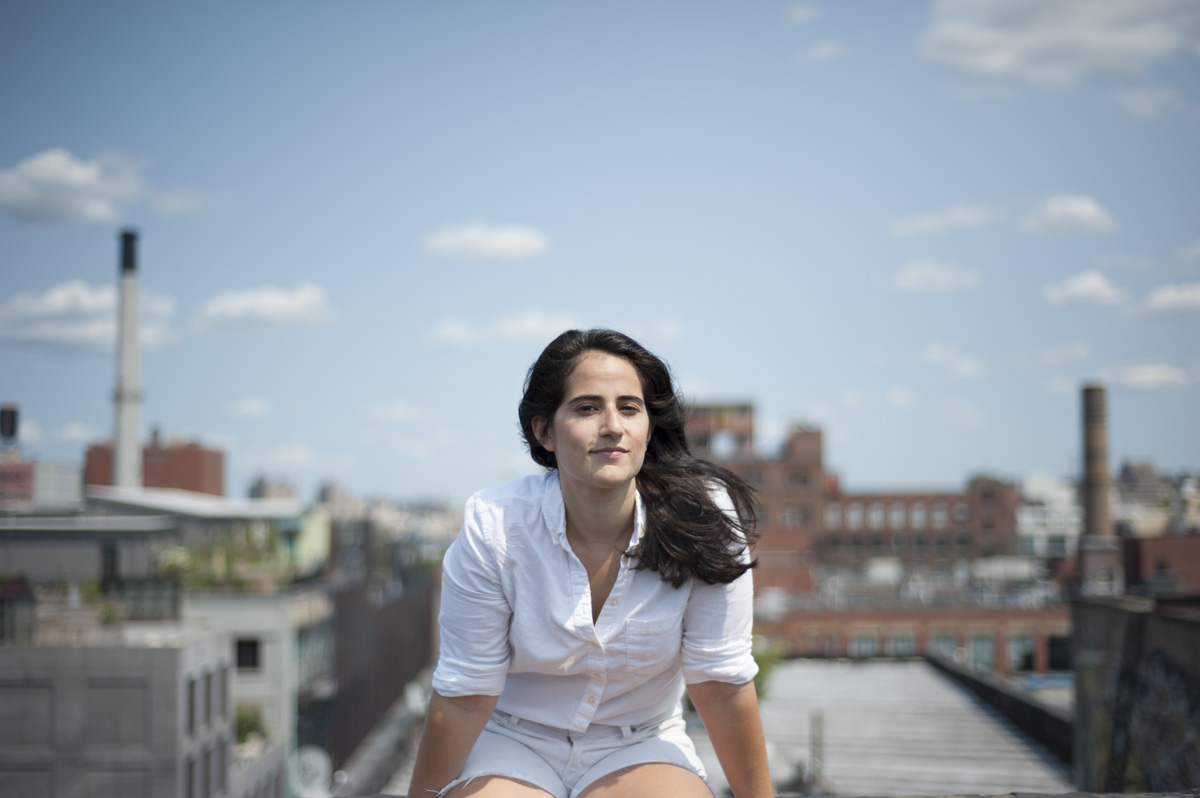 Adobe: What is Fresh Dressed about?
Scott: Fresh Dressed outlines the evolution of hip hop fashion, featuring in-depth interviews with people crucial to its evolution, supported by a lot of great archival materials. The vibe is thought-provoking while still being fun and energetic. Viewers will recognize familiar faces and musical tracks.

Adobe: What makes the film thought provoking?
Scott: The film really digs below the surface of hip hop and hip hop fashion to examine the societal and cultural context of the times, taking a look at race and class and how those forces shaped the trajectory of the industry. 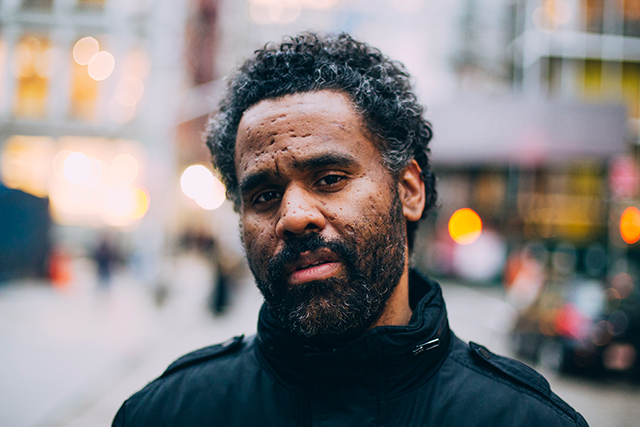 Adobe: How did you get involved in documentary filmmaking?
Scott: I have been working in the documentary industry for eight years. I got my start mostly working for other filmmakers as an associate producer and assistant editor, before making the jump to editor. I edited A Place at the Table, a film that screened at Sundance in 2012. I also just directed, shot, edited and premiered my own film called Florence, Arizona.

For Fresh Dressed, an acquaintance at CNN recommended me for the job. I saw it as a great opportunity. I got a rough cut that was started in Final Cut Pro and migrated to Premiere Pro by the previous editor. Then I worked on the film using Adobe software over several months. 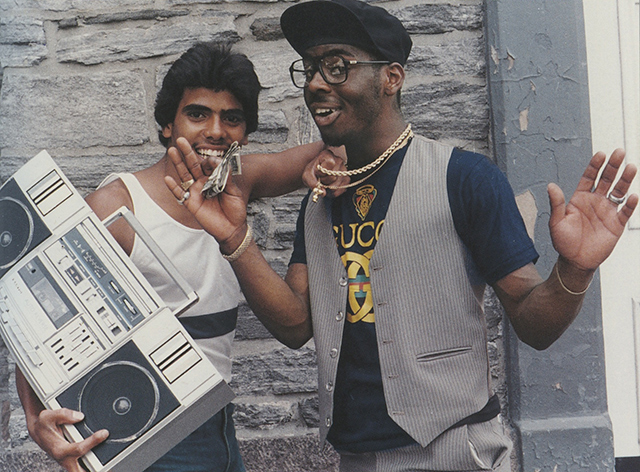 Back in the Days, photo by Jamel Shabazz

Adobe: It must have been interesting to take over as editor in the middle of a project. Can you tell us more?
Scott: It was a chance to see the project with fresh eyes and consider the material in different ways.  A lot of the heavy lifting had already been done in terms of pulling selects and creating an assembly, so I got to get right down to the fun part—considering the essence of the story we really wanted to tell and shaping the material to best communicate that story.

Adobe: Did this film resonate with you personally?
Scott: On the one hand, absolutely. The film is, in many ways, a New York story. Being based in Brooklyn and raised in New Jersey, I felt a strong connection to that aspect of the story. Plus, I was obsessed with sneakers growing up—a big subculture in hip hop fashion. On the other hand, hip hop in general is a subject I initially didn’t know much about, so there was a bit of a learning curve for me there. 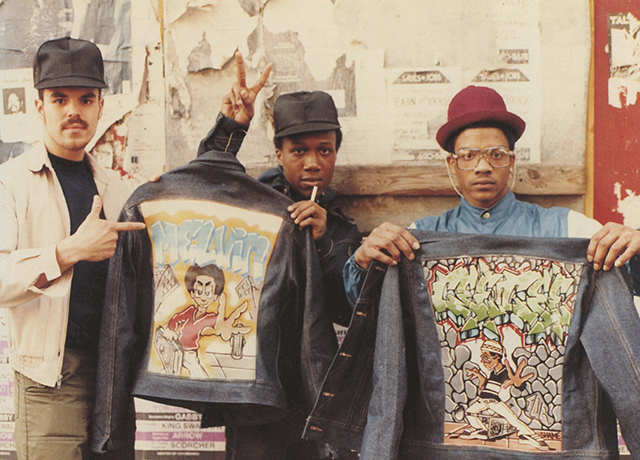 Adobe: How did you find the story?
Scott: The story was mostly there in the assembly I started with, I just needed to educate myself further about the subject matter and hone in on the main threads. So I researched many aspects of the story on my own—from 1970s gang culture and fashion to the genesis of Cross Colours and Karl Kani—and had a lot of in-depth conversations with the director Sacha Jenkins, who is really a guru and a fount of knowledge on all things hip hop. All that led me to a clearer story. Working on documentaries always offers an opportunity to learn about subject matters you might not know that much about. It’s one of the things I love about my job.

Adobe: Which features of Adobe Premiere Pro CC were most useful?
Scott: Certain aspects of working within the timeline are much easier than with Final Cut Pro. Even small things are really nice, like the ability to hover scrub through the footage. Another helpful feature of working with Premiere Pro CC is its ability to work with different codecs in the timeline, without worrying about transcoding.

Adobe applications work well together, yet they are modular. I can export different media using Media Encoder and still keep working with Premiere Pro. In Final Cut Pro, I had to stop editing whenever I had to export media because Apple Compressor consumed every ounce of RAM on my system.

Adobe: Which other Adobe software programs do you use?
Scott:  I know my way around Adobe Photoshop and Illustrator a little bit, and can make quick corrections to still images and graphics on my own and easily incorporate the edited content into projects. I am curious about learning After Effects, but I think I’ll leave that to the people who are really good at it for now. My deeper interest lies in culling stories down to their essence through editing, so I think I’ll probably stick to that.

Adobe: What do you foresee in the near future?
Scott: Right now, I’m thrilled to be a part of a film showing at Sundance. For the near future, the film I directed will be out on the festival circuit this year and hopefully find a home on TV and online soon. I’m also directing another project, while working on a series of short films. And I’m looking for that next great editing gig. 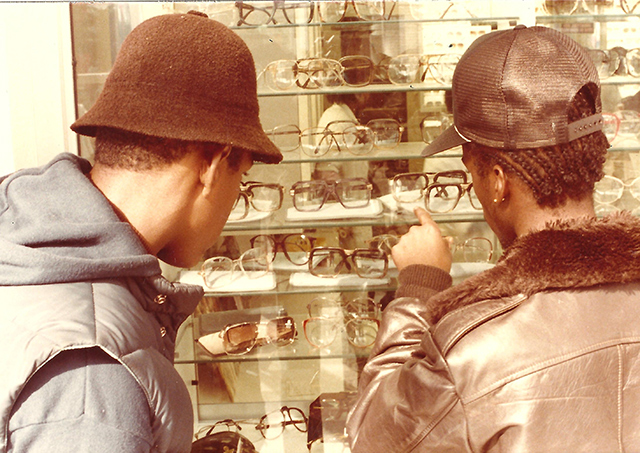 Adobe: Will you be using Adobe Premiere Pro CC on future projects?
Scott: Certainly. Using Premiere Pro while working on Fresh Dressed was the perfect training ground, a great way to get to know a new piece of software. In the documentary editing community, a lot of people are hanging on to Final Cut Pro 7 for dear life, mostly due to its familiarity. As editors, we have to move quickly. Getting thrown onto a project using a different editing platform was a good push, like being tossed into the water to learn how to swim. Transitioning to Premiere Pro was pretty easy—and now I am grateful for the experience.