Forget the artificial jumps and groomed slopes of typical skiing and snowboarding venues. Freeriding takes these winter sports back to their roots by challenging athletes to master an all-natural mountain ridge. Competitors start at the summit and must make their way to the finish line, but each athlete must decide on their own route down the mountain. The result is an exciting and unique run every time.

Forget the artificial jumps and groomed slopes of typical skiing and snowboarding venues. Freeriding takes these winter sports back to their roots by challenging athletes to master an all-natural mountain ridge. Competitors start at the summit and must make their way to the finish line, but each athlete must decide on their own route down the mountain. The result is an exciting and unique run every time.

The Swatch Freeride World Tour (FWT) pits top freeskiers and snowboarders from around the world against some of the most beautiful, untouched peaks across Europe and North America. For the 2015 world tour, FWT took its riders somewhere completely new: the mountains near Haines, Alaska. A small town in the Alaska panhandle, Haines boasts undeveloped mountain ranges and Pacific weather conditions that make it an ideal venue for freeriding. 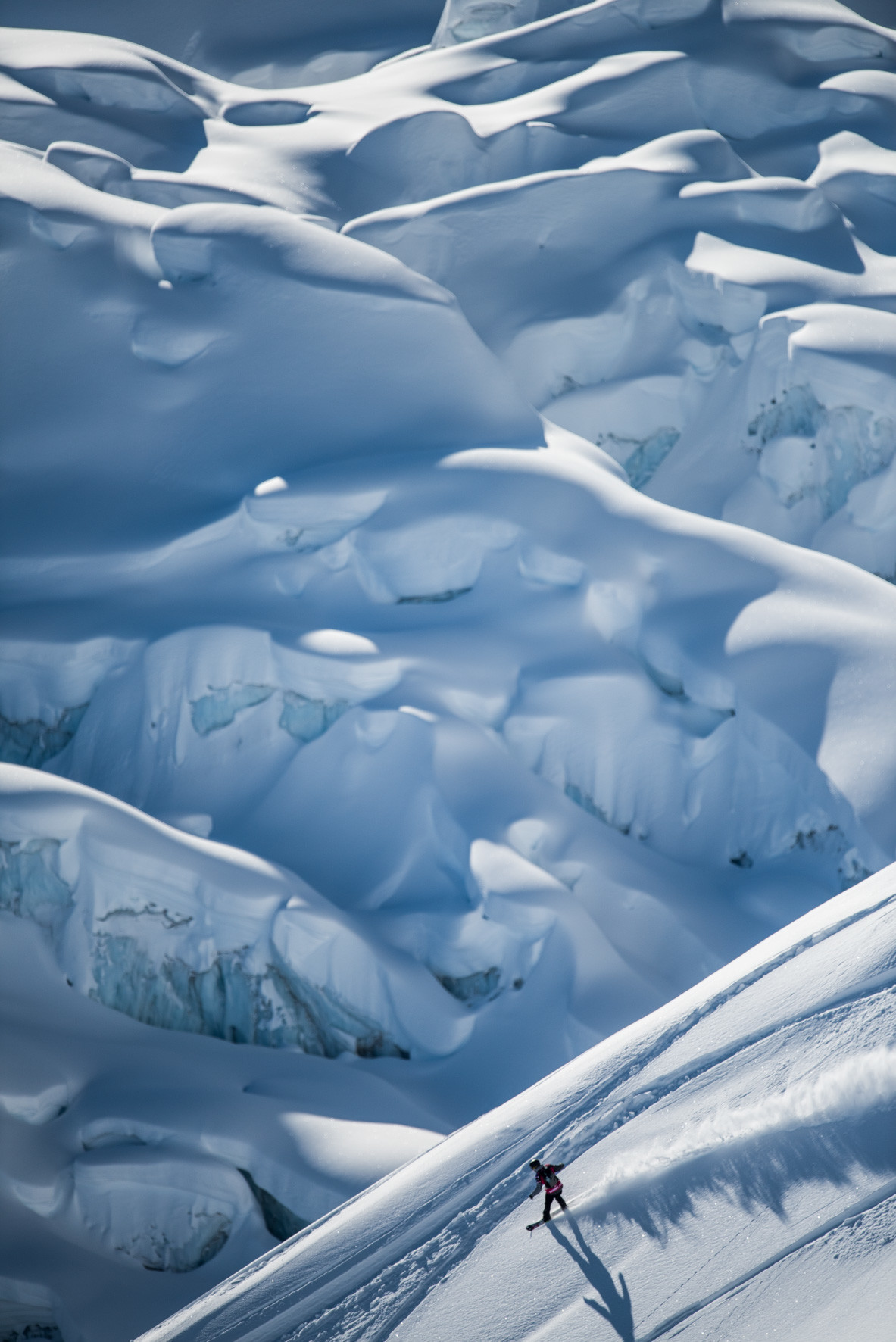 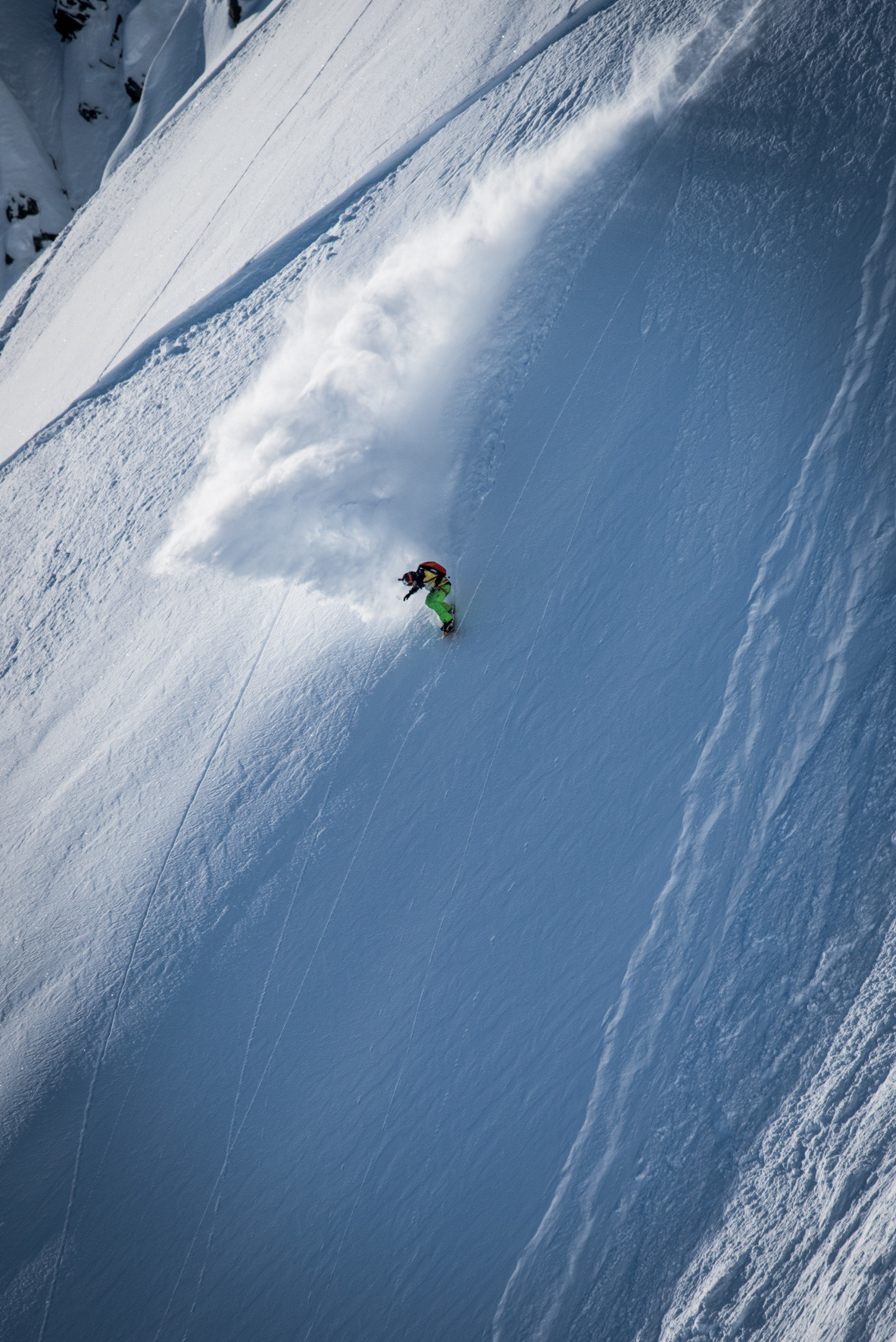 Taking up the Alaskan challenge
FWT produces up to 45 hours of raw footage for each stop in the tour, with deliverables ranging from short web clips to hour-long TV digests. Highlights must be released just hours later, giving editors little time to comb through footage and start producing videos. As a result, FWT sets up a video production tent right on the side of the mountain and using a combination of Adobe Prelude CC for logging and ingest and Premiere Pro CC for editing they are able to turn edits around quickly.

The venue in Alaska posed unique challenges for even the experienced FWT video production staff. Unlike slopes in Europe that are dotted with little ski villages to use as base camp, the venue was accessible only by helicopter. “We used helicopters to fly competitors, technicians, mountain guides, camera crews, and judges up and down the mountain,” says producer David Arnaud. 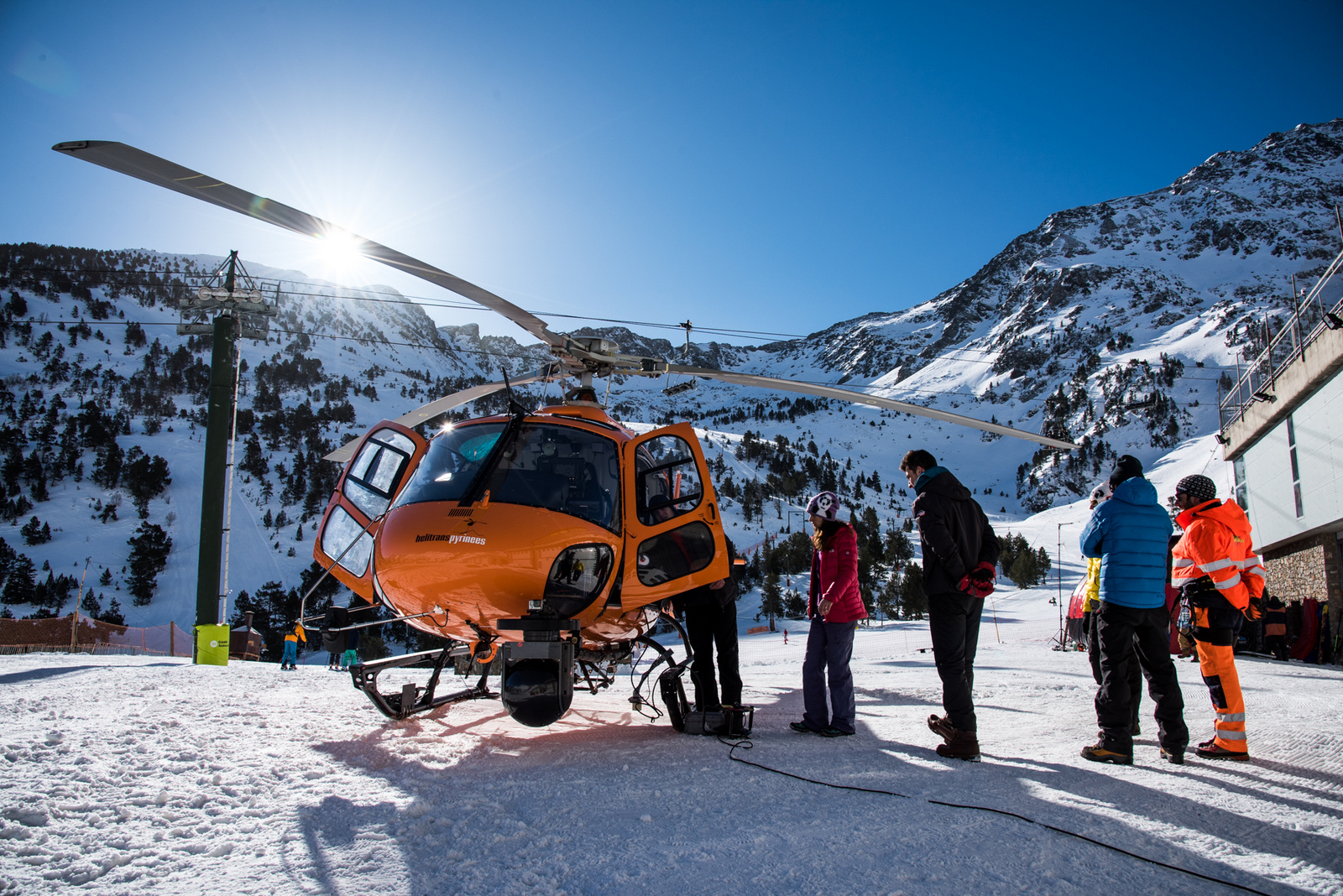 The production tent itself involved significant infrastructure, including half-ton flooring, a full heating system, and several generators. With servers, storage, and other delicate equipment in the tent, a small team of technicians camped nearby to make sure that it was kept heated and operational at all times.

In the end, it took ten days and four aborted tries for weather and light conditions to align for the competition. “The wait and risk turned out to be completely worth it,” says Arnaud. “We had big powder, clear blue skies, and one of the best days in our entire history of competitive riding. The event was a huge hit with competitors and audiences alike. We’ve already planned to head back for the 2016 tour.” 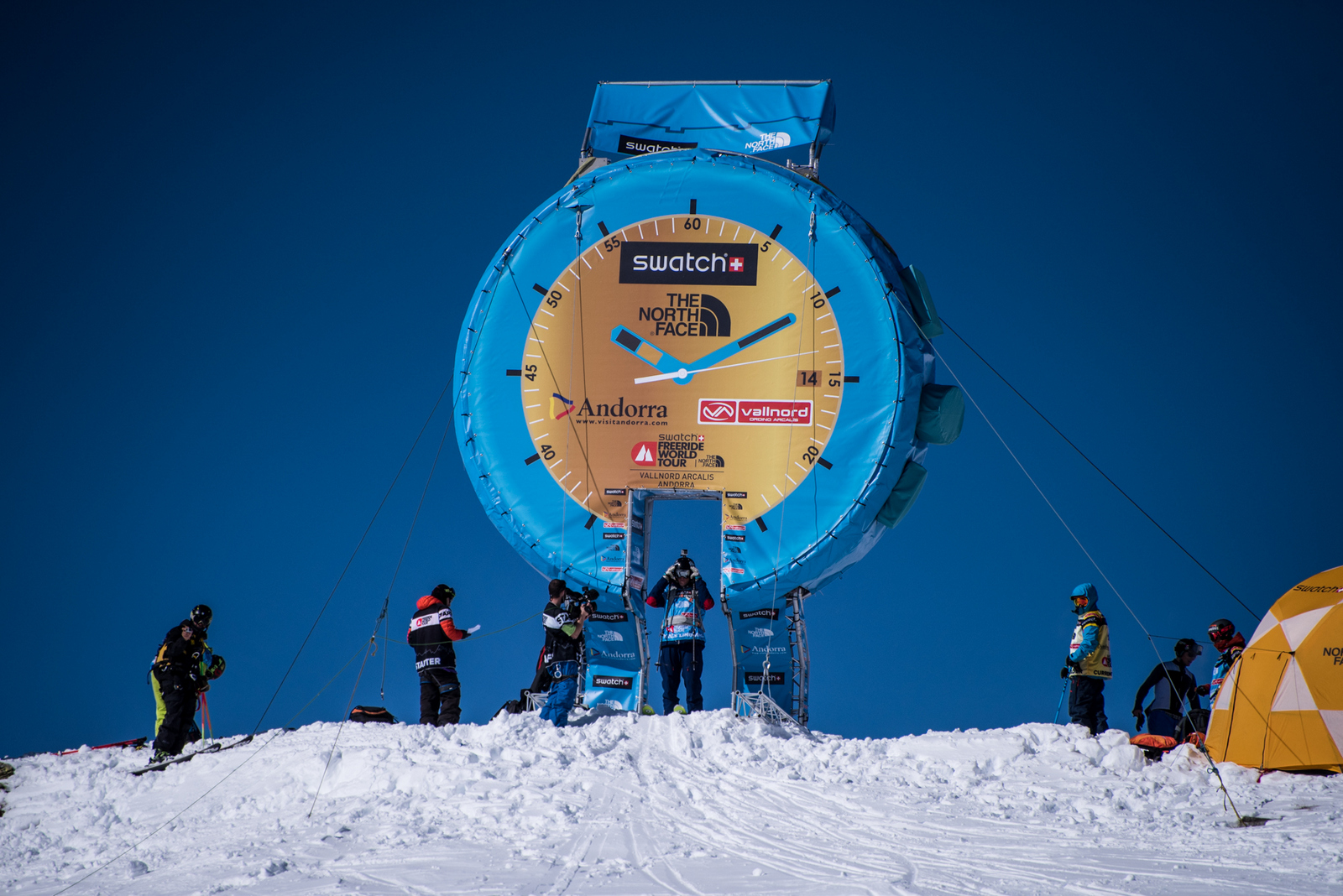 To create the stunning video that brings viewers inside the competition, FWT combines footage from cameras strategically placed on the mountain, plus the GoPro cameras worn by each athlete. Using Adobe Prelude CC, video production staff can quickly log videos and identify the best shots. The editors can access logged sequences at the same time through a shared storage system to quickly find the best shots for their videos. 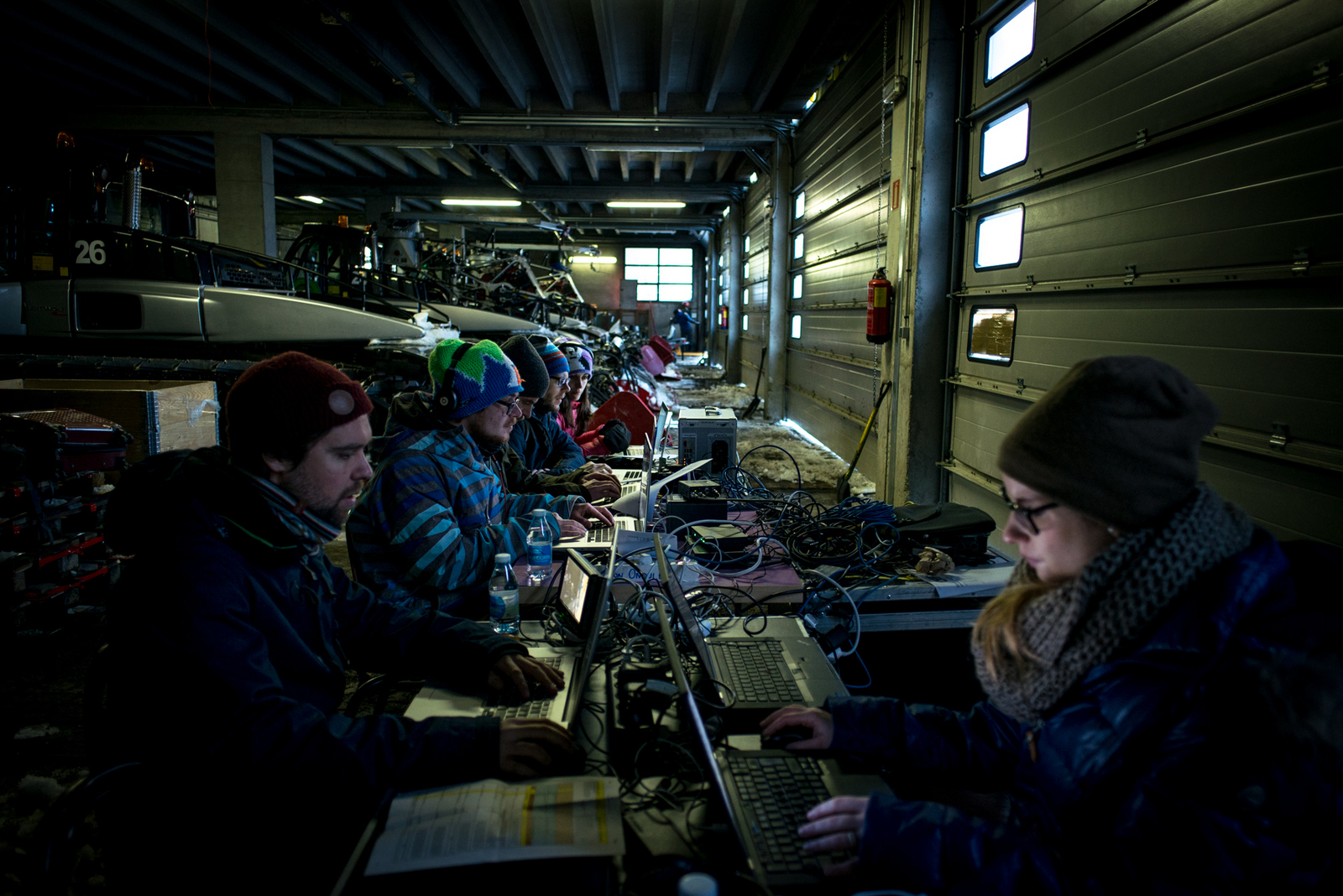 Working with Premiere Pro delivers measurable benefits in terms of time and cost. “Not having to transcode footage before editing in Adobe Premiere Pro CC means our team can start editing right away and we don’t have to purchase extra storage space,” says Arnaud.

New Premiere Pro projects serve as templates and contain the best settings, adjustment layers, and audio, to give editors a reliable guideline for editing, while Adobe Media Encoder CC presets helped take the guess work out of exporting consistently high-quality video. Using the integration between Premiere Pro and Adobe After Effects CC, editors could seamlessly add premade animated intros and relevant information about the venue’s altitude, main features, average slope, and so on. 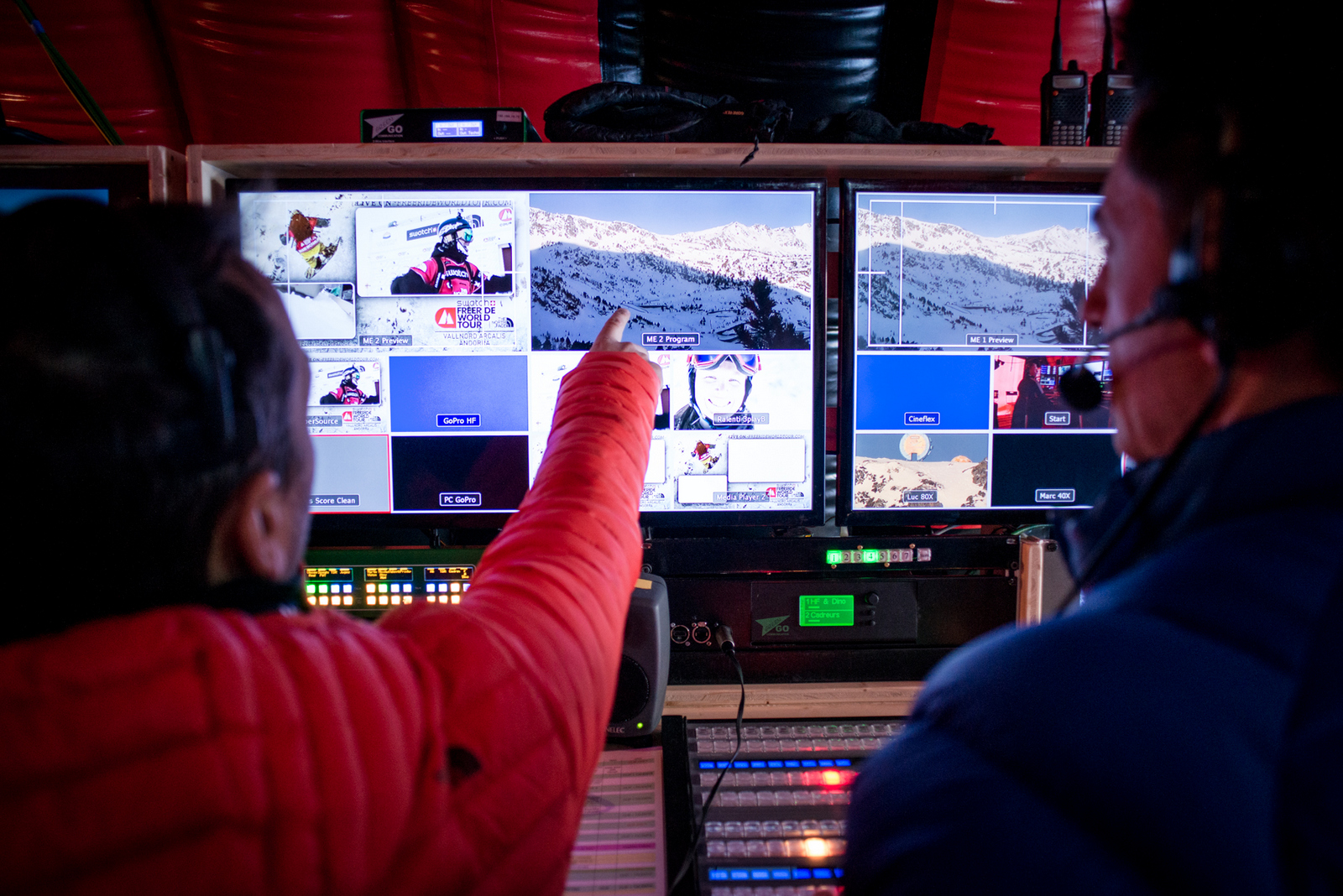 For the Alaska leg of the tour, the productivity gains were particularly invaluable. While helicopter transportation limited time in the production tent, video staff also had to rush back to Europe immediately after the competition ended for the last event of the season. Editors were able to take their laptops and continue editing footage with Premiere Pro in the hotel and even on the airplane. By using every bit of spare time, FWT delivered all clips to partners and media only three days after the last rider crossed the finish line.

Flexible business model
For Arnaud, the cost structure for Adobe Creative Cloud for teams is extremely convenient. The FWT is a very seasonal organization with a production team of up to 40 people working three months a year and a core of just five staff for the rest of the year. Using the Creative Cloud for teams membership model, Arnaud can add licenses for a short amount of time, benefitting both the individual users who need to collaborate efficiently and the tour organizers looking to control production costs. 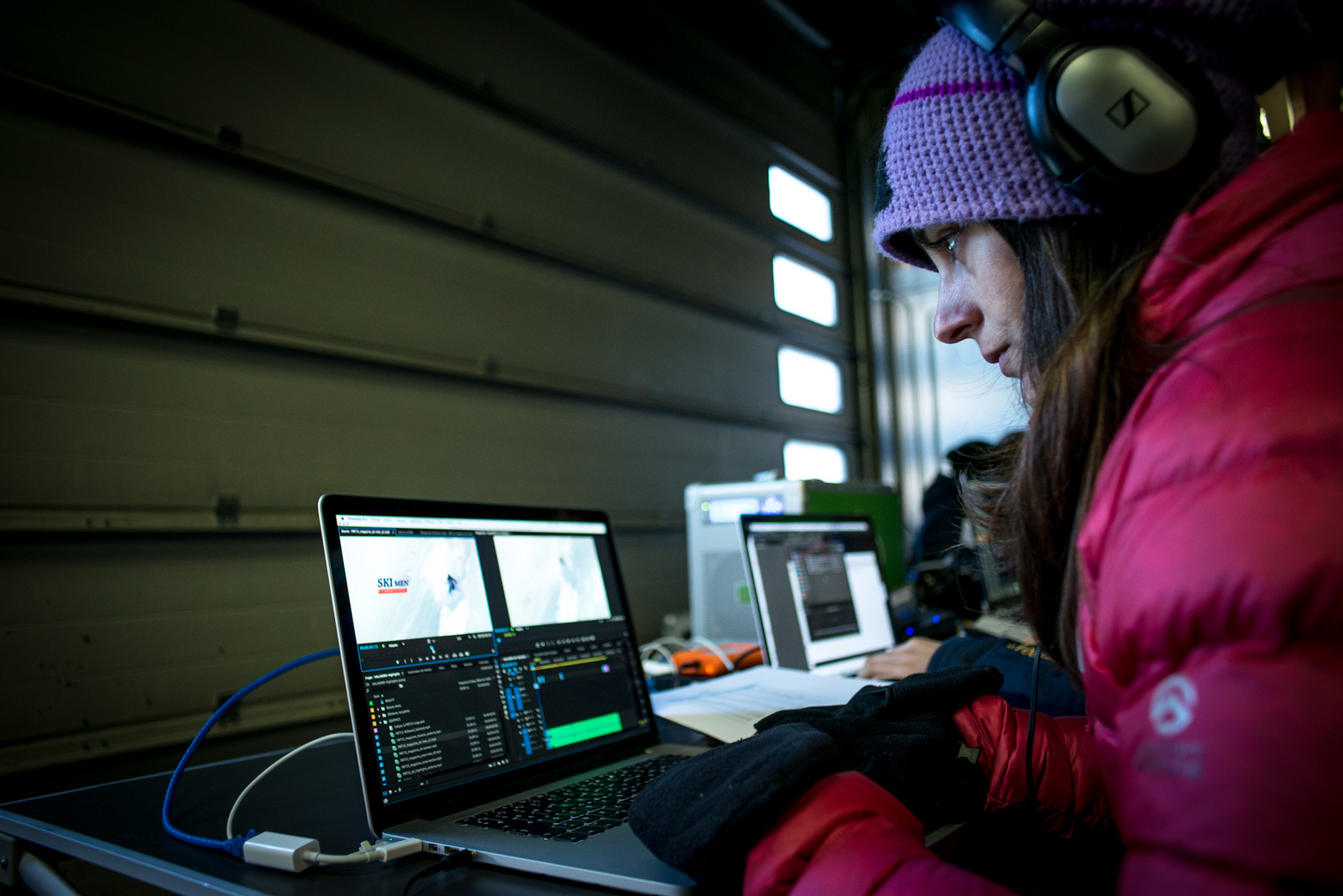 “Adobe Creative Cloud for teams makes so much sense from a budgeting point of view,” says Arnaud. “I can keep all team members, including freelancers, on the same software and versions without needing to purchase full licenses.”

In addition to their artistic skills, one of the top priorities when hiring editors is their ability to ski or snowboard. As a result, those who are qualified tend to come from background working with a variety of different hardware and NLEs. “The intuitive Premiere Pro CC interface makes it easy for editors to pick up, even if they haven’t worked with Premiere Pro before,” says Arnaud. “Because Premiere Pro runs equally well on Mac or PC environments, editors can even use their preferred hardware platform to reduce confusion and help deliver videos faster.”

Despite the challenges of working in remote areas of Alaska, Arnaud is looking forward to heading back next year. “We went through a crazy amount of stress and adrenaline, but it was a positive experience in the end and everyone should be proud of what we achieved,” says Arnaud. “While we can’t control the mountains, our Adobe Premiere Pro CC workflow minimizes risk in the editing room to help us deliver video that captures the spirit of freeriding.”