A compendium of resources for finding, buying, using, and being inspired by fonts.

We love fonts. We rank font selection right up there with choice of music and color scheme when it comes time to design a spot. Therefore, we’ve amassed quite a large font library over the years. Which then begs the obvious questions:

We’d like to share with you a few tools, links and lists we’ve found to be handy over the years. 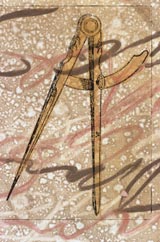 We’ve been through numerous font organization utilities over the years; it seems that as soon as you get comfortable with one, it’s discontinued. Operating systems offer their own font organization tools (such as Font Book on the Mac), but we currently prefer LinoType FontExplorer X. This free utility is currently available for the Mac, with a Windows version promised soon.

Every now and then, you need to change something about a character in a font. A great tool for this is TypeTool from Fontlab. This lightweight font editor is designed for modifying existing fonts, as well as for creating new fonts from existing characters and Illustrator files. Its features include the ability to add ligatures, old style figures, fractions, currency symbols and foreign characters to your fonts; make your own dingbat or clipart fonts; make font variations; and add correct em dashes, en dashes, quotation marks and apostrophes to your fonts. In other words, just about everything most graphic designers would need.

If you need an even more serious tool to edit or create fonts from scratch, then look into FontLab Studio. On the other hand, if all you need to do is quickly convert the format of some fonts (such as from Postscript to TrueType- some plug-ins are limited by what types of fonts they can access), then look into TransType. All three – TypeTool, FontLab Studio, and TransType – are cross-platform.

We have an extensive graphics library in the office, and one section of it is dedicated to fonts and typography. Here are some of our favorites:

Online you’ll also find an excellent source of font information ITC Fonts. If you prefer a blog or forum format where you get more immediate news and feedback to your questions, then check out the web site Typofile.

Many of the books above focus on type design for print, which isn’t always applicable to video where you often have less space, resolution, and time to ponder the text. Therefore, you might want to also check out the web site Art of the Title – it’s a great source of both inspiration, and for commentary on what does and doesn’t work.

The next page contains an extensive list of font foundries – both commercial and free – which can be accessed online. Be prepared to set a few hours aside as you go exploring… 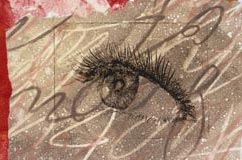 Following is a linked list of places where we to go browse and buy fonts. First we’ll list the commercial foundries both big and small, as they tend to be more stable (some free sites disappear, or become overrun with ads), and the fonts tend to be of higher quality. Note that many commercial foundries may have a few freebies (such as the Pro Bono page on Fountain’s site), so poke around!

Places that create fonts, which you can purchase for commercial use:

GarageFonts (one of the original grunge collections)

MiniFonts.com (specializes in fonts for web and mobile devices)

+ism (warning: the web site is stylized to the point of being near-unusable)

These folks distribute fonts from multiple foundries (including those listed above):

Note: The distinction between free fonts and paid fonts are beginning to blur, as many previously freeware site are now charging for at least their new fonts (such as Blue Vinyl and Misprinted Type), or for the media or bandwidth required to deliver larger collections.

If you’re using a freeware or shareware font for commercial purposes, be sure to read any Read Me file: many licenses are for personal or non-profit use, requiring payment for commercial applications. Also, if you’re a Mac user, many freeware fonts come as PC Truetype only. They should be readable under OS X if placed directly in the Fonts folder, though a converter like FontLab’s Transtype (see the previous page) is nice to have around.

FontFreak (a gateway to other free font sites, but beware the tidal wave of ads you may unleash…)

And if those are enough to explore, also check out A+ Font Links and the Fontlover.com site.

Finally, if you’ve already seen the perfect font, but don’t know its name or foundry, there are a couple of “font finders” you can try: