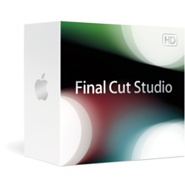 Yes we all new it would eventually come… the “new Final Cut Studio” was announced.

We’ll let the cheers and moans begin after a few days of testing the final release (just ordered mine 30 minutes ago).

But there are a few surprises.. mainly price!

Here’s the great news (especially in this economy)

I have confirmed… doesn’t matter which version you are upgrading from…
I took it right to Apple and got a straight answer.

That is $299 for ANYONE to upgrade from a full copy of Final Cut Pro or Final Cut Studio (except Student or NFR copies).

More on new features soon… but let me just say:

In the current economic client, it’s truly appreciated to see software pricing that respects the long-term customer. This is a no-brainer upgrade… speed and power without pinching your wallet. Thanks Apple… I mean it!